26 Struggles You Can Only Experience When You Have Fake Nails
Odyssey
CurrentlySwoonLifestyleHealth & WellnessStudent LifeContent InspirationEntertainmentPolitics and ActivismSportsAdulting
About usAdvertiseTermsPrivacyDMCAContact us
® 2023 ODYSSEY
Welcome back
Sign in to comment to your favorite stories, participate in your community and interact with your friends
or
LOG IN WITH FACEBOOK
No account? Create one
Start writing a post

26 Struggles You Can Only Experience When You Have Fake Nails

It's prom season, so you know what that means: fake nails! 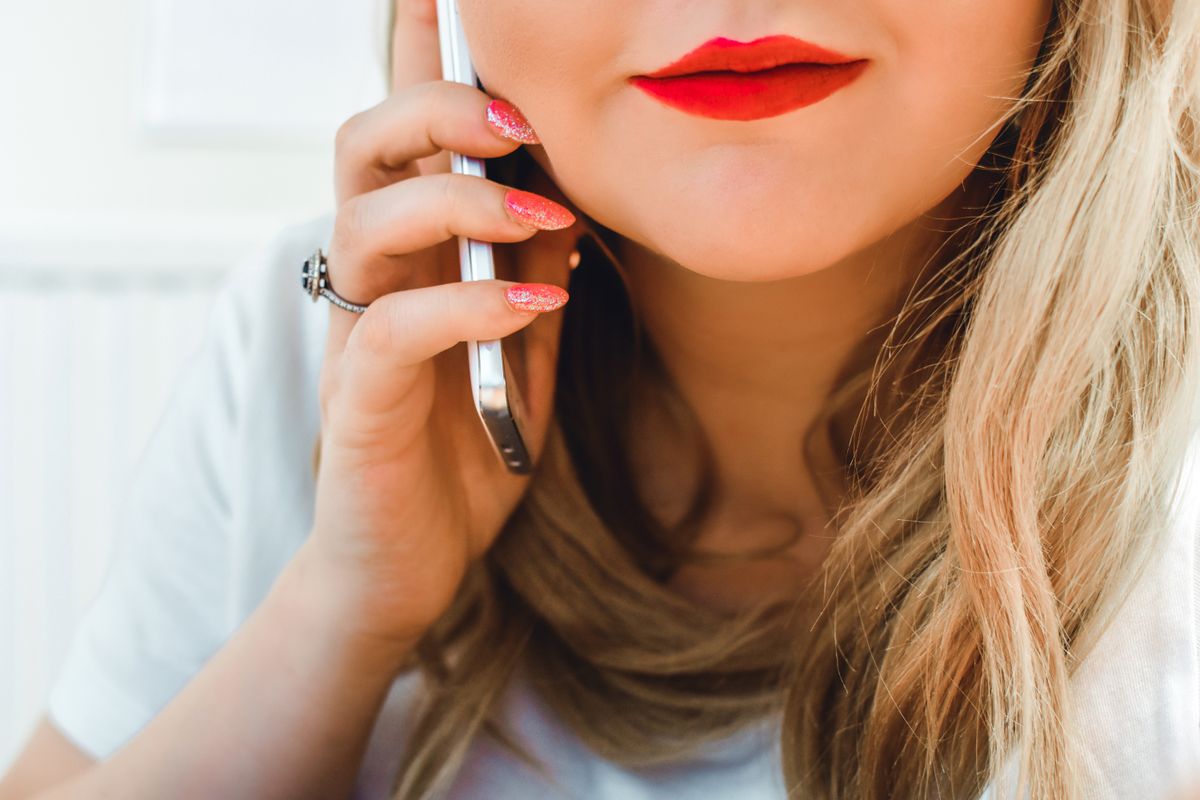 It's prom season, so you know what that means: fake nails!

Having fake nails is a love/hate relationship. On the one hand, they're classy and chic; the polish doesn't chip; and your nails look great! On the flip side, there are a LOT of #fakenailprobz.

Beauty is pain, as they say. Here are 26 things that are basically impossible with fake nails.

Popping open a can of soda with fake nails is a process of wedging the tip of the nail under the tab and applying steady pressure until it finally cracks. Do it too fast and you could snap your nail.

Okay here me out: have you ever applied lotion with fake nails? All the lotion gets under your nails and then you have to spend time scraping it out. I'd rather have rough skin TBH.

Putting them in and taking them out are hell on earth, and even cleaning them is difficult. Plus, one slip of the hand and your sharp fingernail + your eyeball = game over.

How do you pull up your tight pants when you can't use your fingers and you can't access the tips of your fingernails? It's a slow process of wiggling and pulling an inch at a time.

Getting a grip on a quarter or nickel isn't even worth the time, honestly. And dimes? No way.

7. Typing on a keyboard

You can't really use the pads of your fingers, so you have to stab every key with your nails, which makes your hands do this weird bear claw thing, and I'm so over it.

You'd think long strong nails would be good for scratching, right? WRONG. No itch can be satisfactorily scratched when you've got fake nails. It's like torture every time your foot itches.

Truly impossible. This should be an Olympic sport, or a segment on "Minute to Win It."

The actual earring post is the easy part, and even that's hard. But putting the back on the earring? Next-level difficulty.

12. Getting food out of your teeth

Look, these nails are a hotbed for bacteria. No way they're going in my mouth. Even if I did want to use my nails to get food out of my teeth, it'd be impossible since they're so thick they can't get in between your teeth.

For some reason I thought it would be a good idea to double-knot my sneakers before I got my nails done, and then I couldn't get them off. I played myself.

So much gunk builds up underneath fake nails. It's like a mini graveyard for all of the food you eat, mixed with your lotion and makeup. Truly disgusting.

Most of it is just gonna get stuck under your nail anyway. Might as well use a fork.

Stay far, far away from the kitchen with fake nails. Especially sticky cookie dough, which gets lodged under your nails for all eternity.

"Sorry Professor, I didn't do the exam. My nails were in the way."

If you want to eat an orange with fake nails you better have a knife nearby.

I know what you're thinking--Who plays an instrument with fake nails? Well, me. That's who. Or at least I've tried to, before the nails screwed me over.

Pulling a thin slippery card out of a slot requires the caution of a surgeon mixed with the patience of a kindergarten teacher.

23. Clicking specific links on your smartphone

Do you know how hard it is to click on just the tiny "Unsubscribe" button on the bottom of most emails when you pretty much have to use your entire side of your thumb?

24. Shampooing your hair once the nails start to grow out

The loose glue means the nails start to peel up so loose strands of hair slip under and get stuck, and showers just become an endless cycle of ripping your hair out from your nails.

25. The nastiness of grown-out nails

They're so beautiful until they need a touch up and they're claws with several centimeters of unpainted nail and you just want to hide your hands in your pockets.

26. Your nail bed once you get the fake nails removed

RIP nail bed, so thin and torn to shreds. I'm sorry I've hurt you, but not so sorry that I won't repeat this vicious cycle in the near future. I love my fake nails too much.

Nicole Marie Nigro
Individual Creator
8635
c1.staticflickr.com
Where to start...... Let me start with the cliche that life throws us curveballs and what we do with it is what counts.