Facts About Breakfast At Tiffany's

Facts About Breakfast At Tiffany's

Don't let the mean reds get you down, go to Tiffany's! 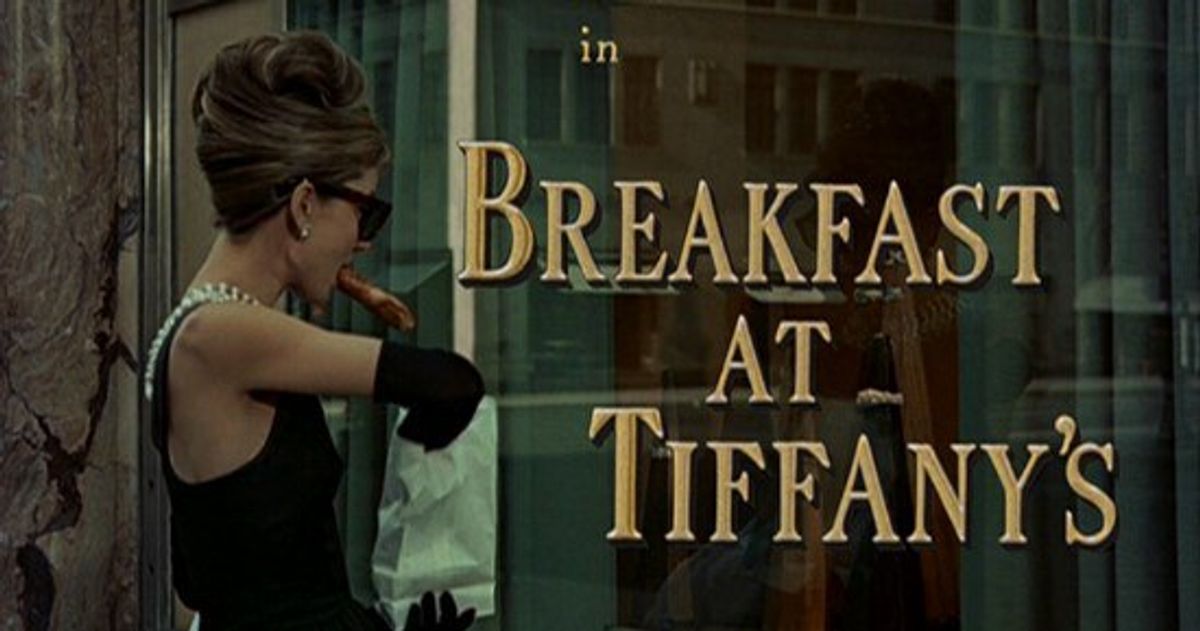 According to a report in the 1960's by the New York Times, "Miss Hepburn, it developed, had no affection for the Danish, preferring ice cream at Schrafft’s."

The writer of the book, Truman Capote, wanted Marilyn Monroe to play the role of Holly Golightly, and she was supposed to. After she was advised that a call girl like character would be bad for her image, she dropped out.

3. Audrey's dress was designed for her

In 1961, when Audrey Hepburn got the roll of Holly Golightly, designer Hubert de Givenchy designed the famous black dress. After Audrey Hepburn died in 1993, Givenchy donated the dress to the City of Joid Aid. Eventually, in 2006 the dress was auctioned off for more than $900,000.

4. They shot an alternate ending

The author of "Fifth Avenue," "5 A.M.: Audrey Hepburn," "Breakfast at Tiffany’s," and "the Dawn of the Modern Woman Sammy Wasson" stated, "In the other ending, Holly and George are in the alley, they recover the cat and then just kind of walk up the street and it fades out. There’s no romantic crescendo or embrace. It’s bittersweet."

5. The cat who played "Cat" is famous

The cat, who is named Orangey, received several awards for his role in "Breakfast at Tiffany's." Although, many people suspect that it was not only one cat but several identical cats who played the role.

6. Holly's shades are not Ray-Bans

The Paramount executive, Martin Rackin wanted the song to be removed after he did a preview screening of the film. Audrey Hepburn, who was usually mild-mannered responded to the executive with, "over my dead body". The song, "Moon River" won the Academy Award for best original song.

8. Breakfast at Tiffany's was the first time the jewelry store, Tiffany's, was used as a film location

The famous jewelry store, Tiffany's, remarked, "grateful for the kind words and free publicity." But, when they were filming the store brought in 40 guards and store clerks to help protect the jewels inside. As Holly says, "Nothing very bad can happen to you there".