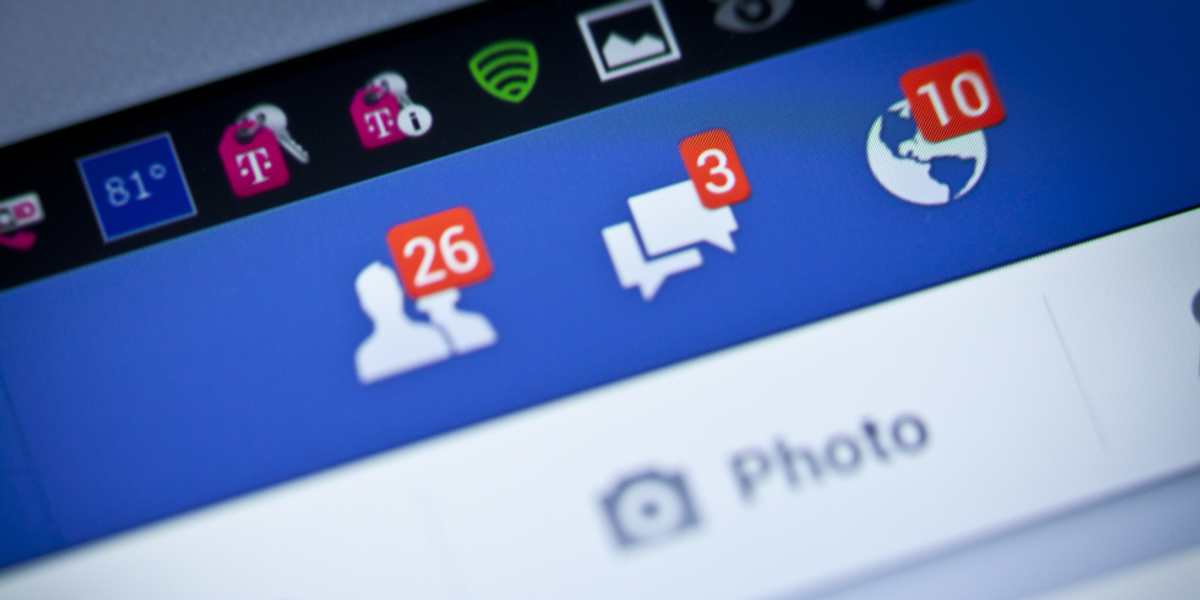 Ever so often, I find myself crushing on a certain person. Liking someone and crushing on someone is human nature, and wanting to get to know them better goes with that. Usually, it takes some conversing to recognize how you may feel about a person; however, these days, the internet can be just as informative. So, the other day, I naturally typed in this person’s name into one of the only database’s applicable: Facebook.

To give you some insight, Facebook has more than 1.6 billion users daily, which is roughly the population of India. Let's just say, in this era, it’s rare if a millennial is new to or does not have a Facebook profile. Social media has significantly skyrocketed in the past few years, and the dating scene has evolved completely. I know this is kind of embarrassing to admit, but I completely use Facebook more often than I should. I use it for many reasons, but stalking people’s profiles is definitely one of them.

Social profiles are becoming a main source of judgment. People are being judged depending on how many followers they have or how many likes they have on a picture. While it makes some sense that if someone has a lot of followers, they probably know a lot of people, it does not necessarily mean they are liked by a lot of people. Numbers are just numbers, and people do not equal a ratio of numbers. I know, yes, I am making good points, however, I also know I still rate people because of it. Now, I’d say I’m a pretty normal average person. I go to college, go to parties occasionally, sometimes I do homework, other times I workout. I have Instagram, Facebook and Twitter (that is currently out of service). Anyways, the point is that I use these platforms for my own social media and my own profile, while also admitting that, like so many others these days, I use them to rate a person based on their profile. Social media has made way for a whole new realm of interpretation. Through media profiles, one can make certain assessments about that person based on the types of pictures they post, whether they are selfies or pictures of their feet, you are able to make a judgment about them. Obviously, people can make different judgments about a person based on the same profile, while one person may like the picture of feet and another person may hate it. However, it’s mostly important to remember that judgments are being made.

While yes, Facebook may know who you like, Facebook doesn’t have control over your reaction. It’s important to think about social media separate from the actual person. I know it’s a struggle in this era, but the internet does not have all the answers. Facebook is a great tool and an amazing creation for obvious reasons, but it definitely has some flaws, as well. When searching or looking at a person's profile on any social platform, try to remember that yes, that person most likely did create it and it will give some insight into their life, but it also may be false or not realistic. While it’s easy to say don’t judge a book by its cover, I admit that it is easier said than done. However, what’s important is just being aware.

All in all, this generation is centered around the media and being able to grow socially through the internet. Many people these days, instead of talking to someone face-to-face to learn about them, revert to analyzing them over the internet. The dating scene is evolving into something less real because of the Internet, as well; however, that’s a separate issue. When I searched my crush on Facebook, I can honestly say that I am not sure where my motivation came from. Whether I did it to remember what they looked like (hot or not) or to view what their social profile looked like, I was typing in the name before I realized why. However, either way, I definitely learned something from naturally wanting to look them up, including the fact that I may be crushing on them.