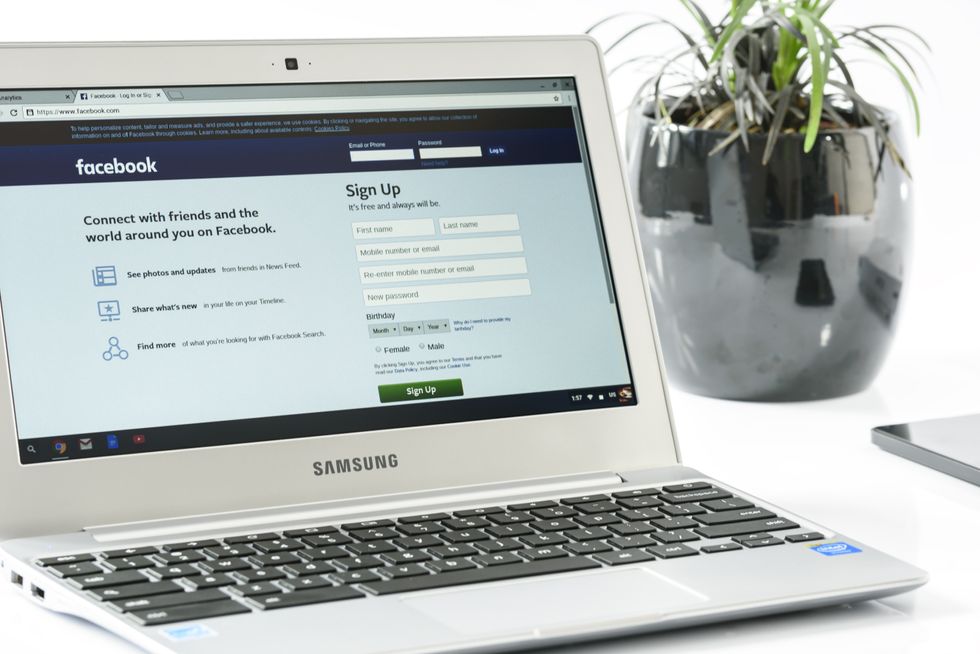 In the social-media-driven world, we live in, it's hard to imagine what life without it would look like, whether you're 10 years old or 70 years young. Many of us have become so dependent on these technologies that we find it hard to function without them, but on March 13, 2019, many Instagram and Facebook viewers got a taste of what a world without endless scrolling could be.

Many disgruntled users took to another social media site, Twitter, to complain about their inability to mindlessly scroll through pictures and to joke that this outage caused them to "actually do work." Overall, though, many were expressing the eye-opening reality of how this outage revealed that they spent way too much time on social media.

I was one of the users affected, and nothing on my newsfeed would load. During the outage, I had hours of free time (not related to the blackout), yet I still attempted to spend it on social media, despite it legitimately being useless. My Bible and prayer journal were right beside me, but I still attempted to aimlessly view Facebook and Instagram. (Again, I could not see a single post! It was just a blank screen that I kept trying to update!) As humiliating as this is to admit, I don't believe I'm the only one.

It is so much simpler and takes so much less effort to look at Instagram and Facebook and other social media sites than it does to actively engage in growing your relationship with Christ.

I had never really noticed the strain social media put on my relationship with Christ until this blackout. Of course, I knew I spent too much time on it, but I was still reading my Bible, so what was the harm? I realized it was a problem when I was attempting to use it even though it was useless, and that during this time, I was prioritizing it over my Bible, prayer, or worship.

I wholeheartedly believe that social media is an idol in today's society for members of every age group. Whatever your social media of choice is, it's difficult to admit that you have an addiction to it. Breaking the cycle of social media is so hard, especially with its growing presence in the lives of every individual; however, I believe that by curbing your time on social media and devoting that time to cultivating your relationship with Christ, you will be able to grow so much closer to Jesus Christ.

Even before completely coming to this realization, I had attempted to cleanse my life of social media through setting timers and unfollowing accounts that I don't really know, but this really caught my attention. It is so important that we don't become caught up in the beauty of the world, whether it be social media, television, food, or anything else. We need to continuously check our hearts for those strongholds that creep in so sneakily because if we let them manifest, it will be even harder to break them.

I challenge you to discern whether you are prioritizing anything over Jesus; this will take evaluating your time, praying for the Holy Spirit to convict you, and a lot of hard work, but it is so much better to begin this hard work sooner rather than later. Removing idols and addictions from your life is impossible on your own. Constant prayer and Bible reading is necessary and will make the process so much easier. So whether your addiction is social media or food, I challenge you to join in with me as we change our focus from the world to Jesus Christ.

Here are a few verses that may encourage you to break the cycle.

2 Do not conform to the pattern of this world, but be transformed by the renewing of your mind. Then you will be able to test and approve what God's will is—his good, pleasing and perfect will.

2 Set your minds on things above, not on earthly things.

22 You were taught, with regard to your former way of life, to put off your old self,which is being corrupted by its deceitful desires; 23 to be made new in the attitude of your minds; 24 and to put on the new self, created to be like God in true righteousness and holiness.