Cast In A 'Star Wars' Movie

If I Could Be In Any Movie, I Would Love To Be In 'Star Wars'

Let me be apart of the "Obi-Wan Kenobi" movies, Disney! 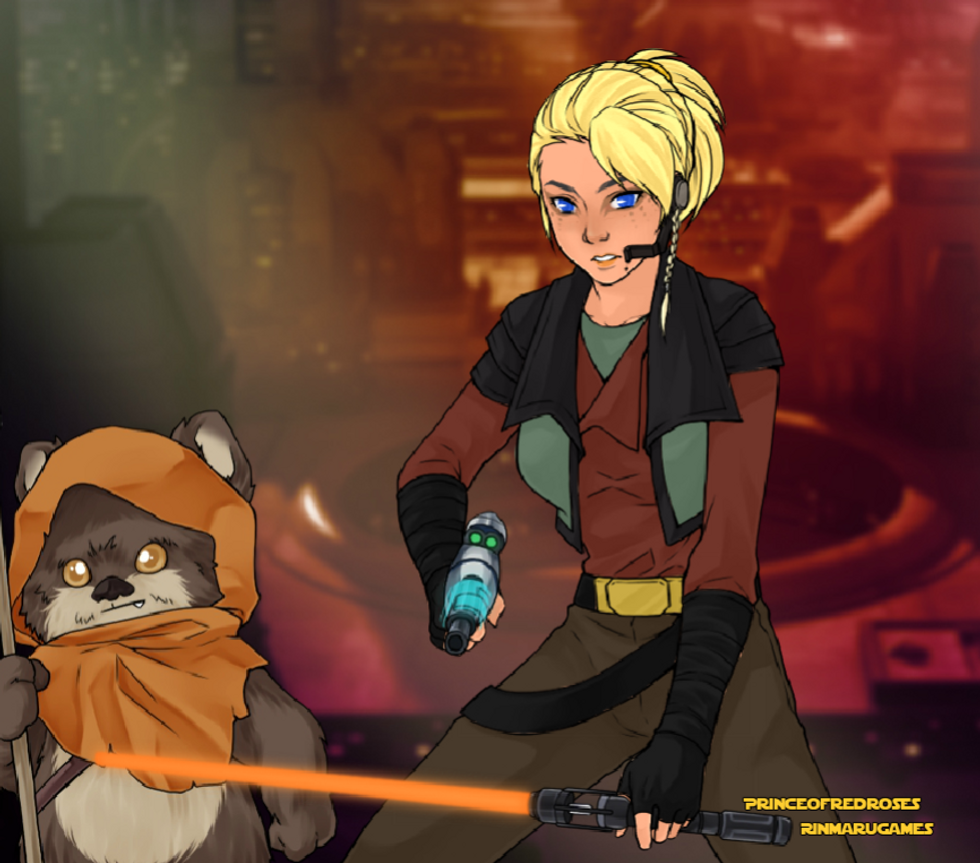 I am the type of person who loves anything that involves my imagination. Whether that be reading, writing, movies, etc. Because of this, I love sci-fi and fantasy. I love the romanticized exploration, the adventures, and the costumes.

Even though I know that movies and TV shows are just a production, there is something magical about it. Seeing how all of it works would be amazing. I'm currently working at my local theatre as the Stage Manager and I love it. Watching everything come together to tell a story is quite the experience.

I've also acted in Church productions such as "Judgement House" and drama club productions when I was younger. I even made my own film for a film class. It was a Biblical Epic titled "Joash". I loved directing and editing it.

I definitely made a few mistakes, but hey, I'm a beginner. You can find out more about my experience with student films by checking out my other article!

And so, over time, a desire has grown in me to participate more in the film/TV world. After creating a movie, which I want to do again, and being a Stage Manager, I now would love to act in a movie! I totally wouldn't mind being an extra.

I'd also at some point love to do some camera work or behind the scenes stuff such as helping with the costumes and setting up the set. But those are a little beside the point. All in all, I definitely don't think I would make a career out of acting since I don't want to do it forever, but just to experience it would be awesome.

Now, all that being said, there are several specific types of movies that I would love to be in.

Any type of sci-fi, fantasy, or action movie, like "Dragonheart: Battle For The Heartfire", "Lord of The Rings", "Narnia", or "Star Wars" has always appealed to me. Maybe even some dystopian movies like the "Divergent" series.

I just find the stories told in these types of movies to be extremely interesting and it seems like it would be awesome to be a part of the storytelling.

But, since "Narnia" movies are mostly filmed in New Zealand and they aren't currently making any "Lord of The Rings" movies, I would love to be in a "Star Wars" movie.

I also think that "Star Wars" is just awesome. "Star Wars" movies are basically the bomb. I mean they are sci-fi, they have epic battles and fight scenes, there is space travel, lightsabers, romance, action, good vs. evil, and even though a lot of this is CGI, it is still really cool.

I don't know what character I would be, but I don't think it would really matter. Just getting to be a part of it would be experience enough. I would especially love to somehow, someway be a part of the new Obi-Wan Kenobi film. That would be epic!

But if not, any other "Star Wars" film would be awesome.

Overall, if there are any casting directors out there looking for some fresh faces, I would love to have the opportunity to be in a movie! Especially a "Star Wars" film, *cough* (hint, hint, Disney)!

Anyone out there who has dreams like mine? Feel free to comment! I'd love to read about them!