Expectations for Season 2 of Stranger Things 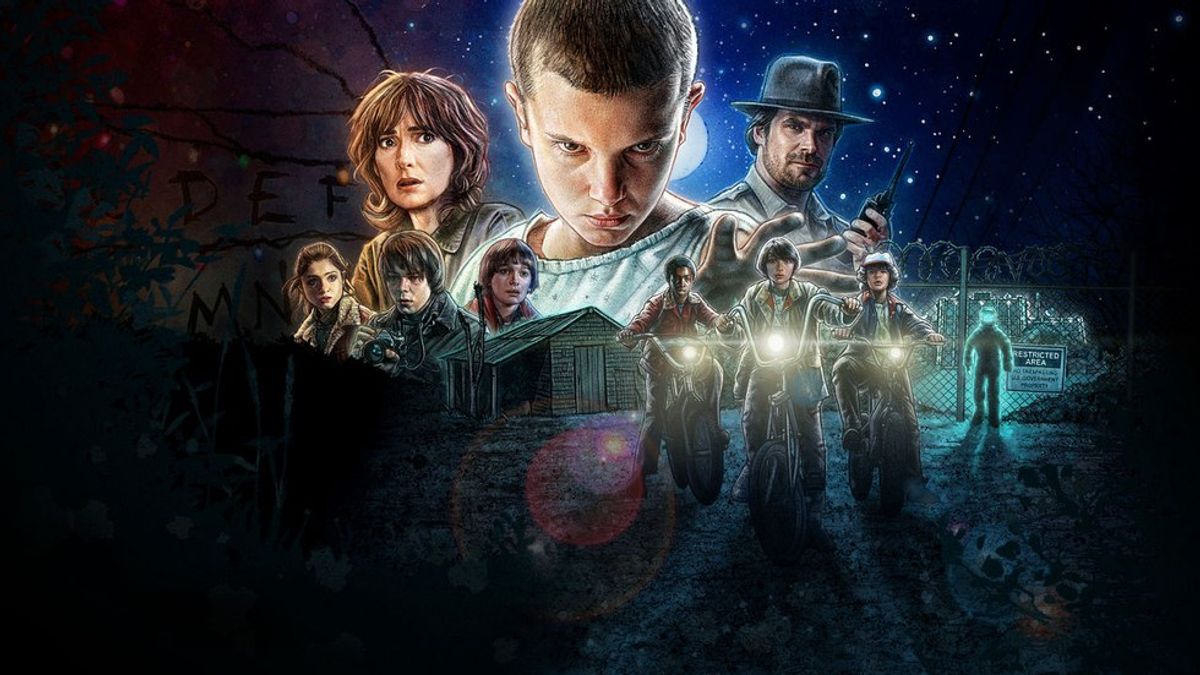 Unless you live under a rock, you've definitely heard of the pandemonium surrounding the Netflix original series Stranger Things. I mean, they are everywhere right now. Here they are on Jimmy Fallon's Tonight Show:

Here they are at the Emmy's:

They're everywhere, and no one is complaining. If you are complaining, you probably don't have a Netflix subscription, or you just don't enjoy happiness and refuse to watch it.

Anyway, it's no secret that everyone's new favorite show has been renewed for a second season. After they released a teaser video, the speculation surrounding the next season has been a big topic in conversation.

I think we can all agree that the biggest hope for season two is that Eleven isn't dead. I still don't believe she is. Hopper storing the food in a box in the woods? Who else would he be feeding? For a character who didn't have much to say this season, she is a huge part of the show and without her, it would be very strange.

Another thing that I would like to see happen in season two is to see more character development for Steve. The whole season he was a bit of a dick and only in the last episode did he show some sign of a soft side. I'm still not fully on the Steve/Nancy ship. I liked Jonathan and Nancy together, fighting the Demogorgon. Steve was just a static character until he decided to shape up and ended up interrupting their fight. I don't think I stopped rolling my eyes at him the entire show.

I want to learn more about Will. The whole season was about his disappearance, yet we don't know anything about him. We know that he likes playing Dungeons & Dragons and that his friends are basically the coolest friends ever, but other than that there isn't much to him. I want to learn more about his time in the upside down. Although he was basically dead when his mother and Hopper found him, at one point he was definitely fully functioning. What did he see? Tell me. I want to know more!

What I really want, however, is a new obstacle. The hatched egg in the upside down that Hopper examined once held something... Could it be the monster we're going to be introduced to this season? I want more action, just like this season, but I want a bigger and worse monster. Whether it simply be a genetically modified animal or the laboratory and it's leaders, I want to see the coolest middle school kids ever to take it down.

Stranger Things season two, hurry up. We can't wait much longer to find out the next chapter of Will's story, or Eleven's. Don't leave us hanging like this.