26 Signs You're An Ex-Gymnast
Odyssey

26 Signs You're An Ex-Gymnast

Common signs that you dedicated part of your life to falling, failing, and (sometimes) flying. 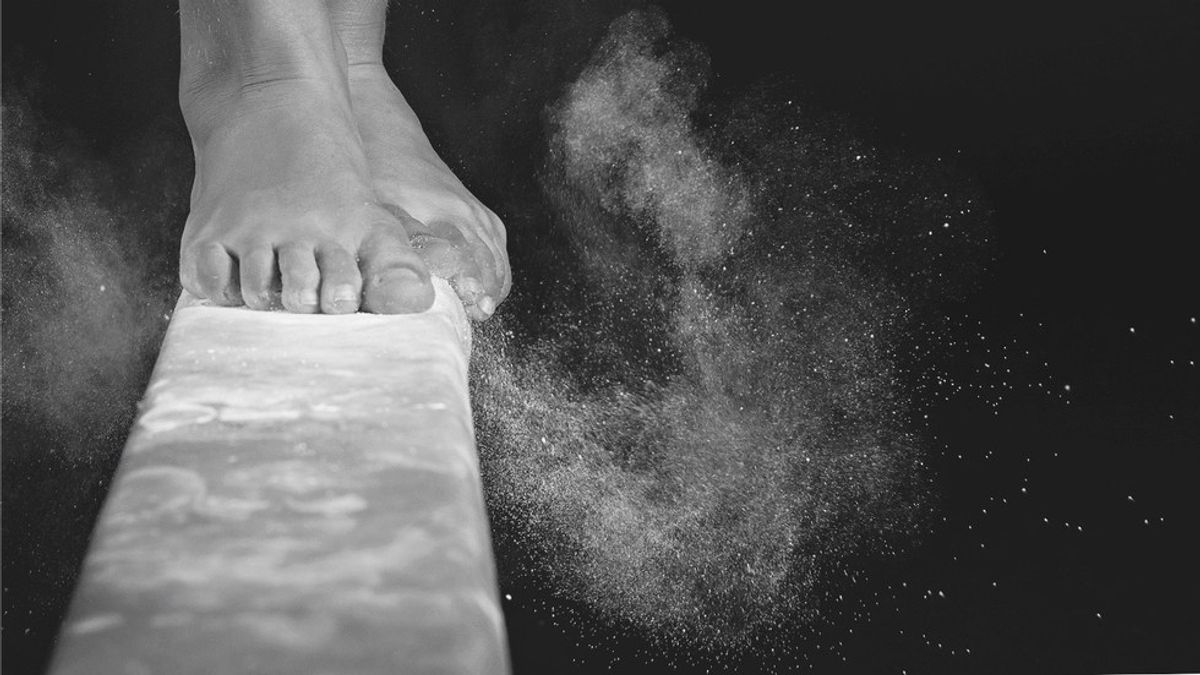 Anyone involved with gymnastics understands that it is a sport unlike any other. Soccer may require exceptional endurance and stamina, and softball may necessitate unprecedented hand-eye coordination, but gymnastics, no matter the level, demands everything of you: physically, mentally, and emotionally. For that reason, gymnastics stays with you, and often shapes and interferes with the life you attempt to live in the "real world."

Here are 25 common signs that you were, and are, a "gymnast:"

Are you really surprised that us gymnasts can do gymnastics?

25. When you see a perfect patch of grass, you get really excited.

To others, a spotless patch of green means next to nothing, but for a gymnast, the spot behind the playground is the perfect green floor for tumbling.

Four broken ankles, one herniated disc, and three concussions later, you still go for that back tuck in your backyard.

When the weekends typically consisted of Saturday practices and Sunday meets, words like "house party" and "alcohol" were not part of your vocabulary.

22. You are ironically clumsy.

One would think that having the capability to flip on four-inches of wood would give you the reflexes of spiderman, but – for some inexplicable reason – walking on flat ground is just as hard, if not harder.

Why do a handstand on a boring-old-beam when you can do one in four different states at once, on a paddle board, or on top of the Empire state building?!

20. You've inflicted more damage on your house than any natural disaster.

19. You pick up other sports surprisingly easily.

Soccer, lacrosse, softball – you name it, when 90% of your practice time is conditioning, you're up for whatever another sport throws at you.

18. You could break into any elite gymnast's floor routine on demand.

All that practicing behind your locked bedroom door pays off when you hear "August Rush" (2008) on the radio, and you transform into Shawn Johnson at the Beijing Olympics for 1 minute and 30 seconds.

17. Having guy friends, or talking to guys, is a new thing.

Though many gyms have men's gymnastics programs, the girls' and boys' teams typically trained and remained separated from each other – so it was only when you saw a boy not wearing short shorts and a tight tank top that things got awkward.

16. You CANNOT talk during the Olympics.

This is what you have been training the last four years for; you have been dedicated, determined, and hard-working, and the exhausting hours of Youtube live-streaming and Facebook fights have led up to this moment. So, NO ONE can talk to you within a one-week cushion before and after the Olympics.

They may not be as killer as the Final Five's (^), but sometimes you just need an excuse to buy a new bikini, and this is one.

And you cry, scream, and hyperventilate just like you would whether or not you were actually alive to watch the competition in '76, '04, '12– or whenever.

13. You're basically a certified personal trainer.

After countless hours of skin-the-cats, burpees, floor routine-sprints and approximately one-million leg lifts, you could write an encyclopedia on conditioning.

12. You get irrationally annoyed when people make uneducated comments about gymnastics.

Because when a random girl at your Olympic-trials viewing party shoots down your favorite gymnast, things definitely get personal.

11. You still have 20+ posters of elite gymnasts in your childhood bedroom.

When your friends had cutouts of Zac Efron and ripped-out pages from Seventeen Magazine, you had Shawn Johnson and Nastia Liukin to watch you as you crashed into your dresser mid-cartwheel.

10. You have more leotards than you have actual clothes

When you were in need of a new style, you didn't swing by Abercrombie or Forever 21 (well maybe sometimes); you hit up the Gk–elite in-stock catalogues.

9. You know every Hannah Montana song even if you never watched the show.

Because a Saturday-morning beam workout is never complete without "7 Things" and "Rockstar" blasting in the background.

8. College gymnastics is your Grey's Anatomy.

...because never was gymnastics more accurately, yet more inaccurately portrayed, and let's face it: we ALL tried to learn Wei Wei's beam routine.

A daily three hour workout made staying in shape a non-worry; however, once you reenter the real world and pizza and Netflix become larger parts of your life, the gym becomes your second home.

5. You have enough gymnastics magazines to fill an entire library.

Who placed 6th at the 2010 Tyson American cup? What famous gymnasts were born on your birthday? When do you need to start begging your mom to sign you up for Flippest? All these questions can be answered with a visit to your bookshelf.

4. You wear leggings almost every day.

When you have the quads of a running back and the hips of a stick figure, jeans don't exactly agree with your lower half.

3. You choreograph a floor routine to any and every song you listen to.

How could you just listen to a sick beat when you could mentally choreograph an show-stopping floor routine – complete with intricate imaginary tumbling and a unique salute – that you are never going to use in competition?

Whether you're on the competition floor, in the classroom, or in the middle of an argument, you are going for gold.

1. You still dream of going to the Olympics.

You can deny it all you want, but whether you competed Division I college gymnastics or trained recreationally, the Olympics were always lingering in the back of your mind. Though so few of us get close, and even fewer of us get there, the hours spent in the gym training alongside the greatest teammates and coaches are worth more than any medal.