Everything You Need to Know About JonBenet Ramsey

Everything You Need to Know About JonBenet Ramsey

The world was shocked when the news hit of the murder of 6 year old Jonbenet Ramsey. 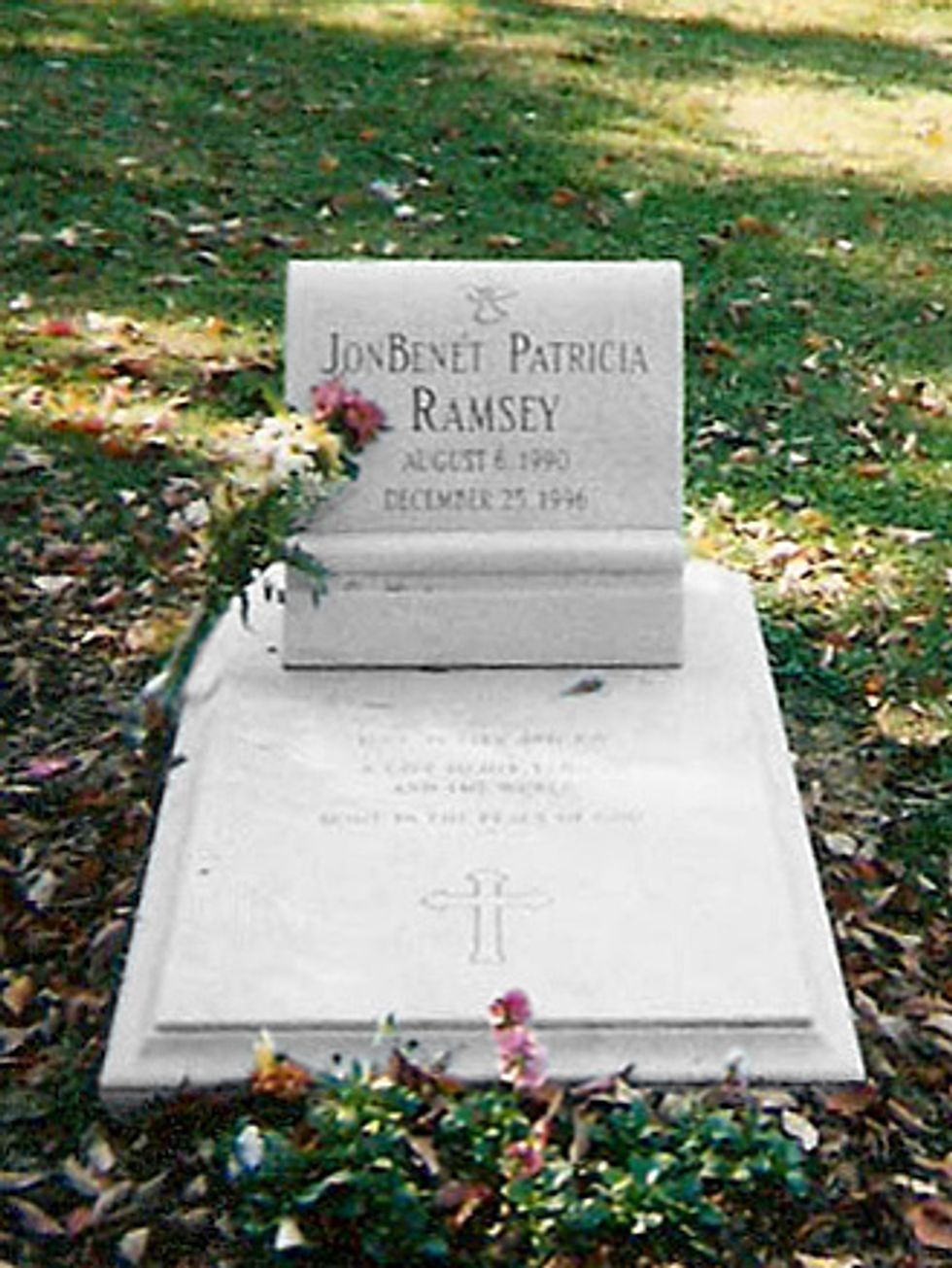 Jonbenet Ramsey was a 6-year-old pageant princess. She lived in Boulder, Colorado with her parents John and Patsy Ramsey, and her older brother Burke. They were a perfect family with the perfect life. However, Christmas of 1996 brought news that flipped that family's life upside down.

On Christmas of 1996, the Ramseys went to a friend's party where, on their way back home, Jonbenet fell asleep in the backseat. According to Jonbenet's father John Ramsey, he carried Jonbenet upstairs and to her bed for the night before going to bed himself.

The next morning around 5 am, Jonbenet's mother Patsy went downstairs for a cup of coffee when she found a three and a half page long ransom note. This ransom note stated that Jonbenet had been kidnapped and if the Ramseys contacted any form of authority, they would kill her.

Freaking out over the thought of her daughter being kidnapped, Patsy didn't listen to what the ransom note said and called authorities. She told the dispatcher that there was a kidnapping and that Jonbenet was blonde and six years old. After Patsy told the dispatcher what was going on, police officers were sent to the house, and Patsy was told to not have anyone over as that could cause contamination.

Once again, Patsy didn't listen and called her and John's friends, telling them what happened, and they came over to the home. Hours later, a police officer asked John to look around the house to look and see if he notices anything suspicious. The first place he went to was the basement.

In the basement was a separate wine cellar and that is where JonBenet's body was found. Jonbenet was found wrapped in a white blanket with her wrists tied with a white rope, a gash in her head, duct tape over her mouth, and a garrote around her neck.

Different theories behind the murder

This case has not been solved. As a result of that, there have been multiple theories behind what really happened to the 6-year-old pageant princess. One theory being the intruder theory. The other being the theory that her brother killed her and the parents covered it up.

The first theory that many believe is the theory that an intruder entered the home and killed Jonbenet. This isn't the most popular theory but it is still one of the most known ones.

When the police first searched the house, they noticed a broken window in the basement, a footprint by the said window, and a briefcase under the window. When asked about these certain things. John told authorities that the window was already broken as he once locked himself out of his house and broke the window as a means of getting in. However, he also admitted to the footprint and the briefcase not being owned by the family. When JonBenet's body was autopsied, the pathologist noticed that there was blood in Jonbenet's underwear and a substance that didn't match any of the family's DNA.

These pieces of evidence sparked this entire theory with not much else to back it up.

The most popular theory when it comes to the murder case of JonBenet Ramsey is the theory that Jonbenet's brother Burke killed her and that their parents helped cover it up.

This whole theory started with four things. Pineapple, Burke's anger issues, a flashlight, and the ransom note. Also during the autopsy, the pathologist found pineapple in JonBenet's stomach that has not been digested. When looking back at the crime scene footage from inside of Ramsey's home, the police and the public noticed a bowl of pineapple sitting on the dining room table. The police went into the house and ran a DNA test to try and see who had touched both the bowl and the spoon that was sitting in the bowl with the pineapple. When the DNA test came back, the results came back that it was indeed Patsy and Burke's DNA on the spoon and the bowl.

Throughout the investigation, more and more information came to light about the members of the Ramsey family; more specifically Burke. Word came up that Burke has had severe anger issues throughout his childhood and has even hurt Jonbenet on multiple occasions. When looking at the crime scene footage again, the police and the public noticed a heavy-duty flashlight in the kitchen. When investigators matched the top of the flashlight to the gash on Jonbenet's head, it was a perfect match.

Now, I'm sure you're asking, "how does pineapple, a flashlight, anger issues, and the ransom note equal Burke killing Jonbenet?" The theory goes that Jonbenet had woken up in the middle of the night and went downstairs to find Burke and Patsy eating pineapple chunks from a bowl. Jonbenet has gone over and ate a piece of pineapple, angering Burke. In a fit of rage, Burke took the heavy-duty flashlight and hit JonBenet over the head, causing the gash, and knocking her out. Thinking that Burke killed Jonbenet and not wanting her son to get arrested, Patsy woke John up and devised a plan. They decided to make it look like an intruder murdered her. Patsy grabbed the stationary kit from the study and started writing the three-page ransom note. While Patsy was writing the note, John took Jonbenet's unconscious body down to the wine cellar where he made a garrote out of one of Patsy's paintbrushes, put duct tape on her mouth, tied it around her neck, strangling her, and wrapping her in a blanket before laying her in the wine cellar.

It's been almost 13 years since Jonbenet's life was sadly taken from her. She deserves justice.