Why Everyone Should Watch Freeform's New Show 'The Bold Type'
Odyssey

Why Everyone Should Watch Freeform's New Show 'The Bold Type'

Daring in every way: sex, love, dreams and identity, all through the eyes of the modern millennial. 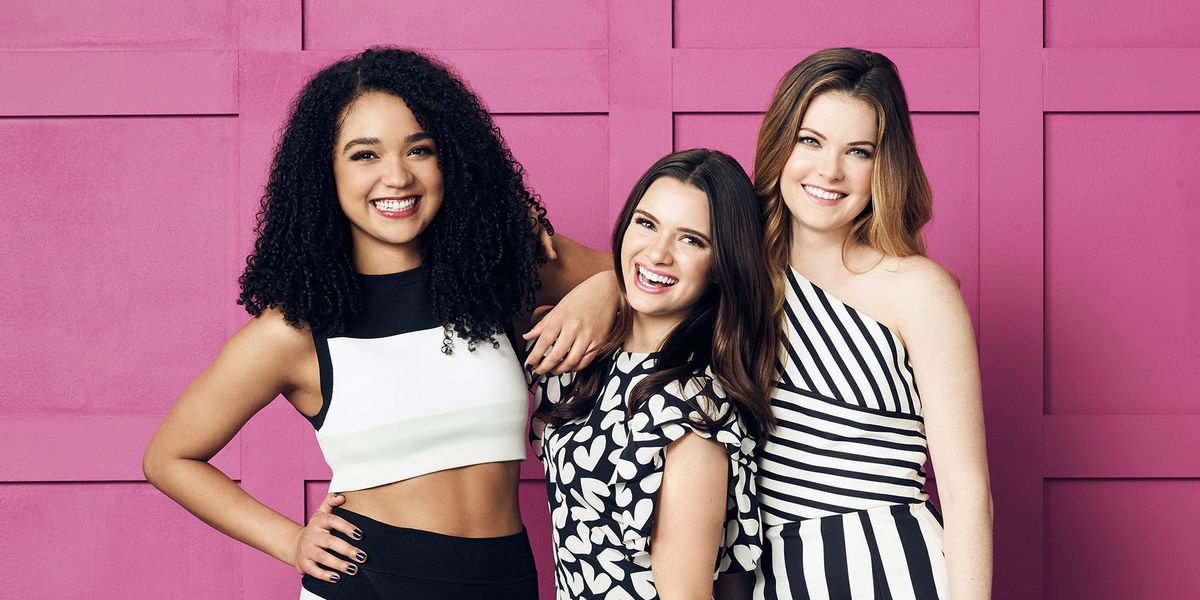 For those reader's who love fun and daring shows full of attitude, Freeform's new show The Bold Type is the perfect show for you.

I watched the first three episodes this past weekend and wrote down small notes as I went. These were all details that I truly appreciated and applauded as I watched the show.

The first one that I automatically got my attention, as well as anyone else's, was the fact that most of the cast is made up of strong, powerful women. So, of course, I appreciate seeing women of different ages owning their badassery, but there are some more factors that made this cast of mostly women so special.

The three main girls are Jane, Kat, and Sutton, who all met as interns/assistants for Scarlet Magazine and became best friends while they each grew into their own type of employee in the company. Jane- the more reserved of the three, who is learning to take chances while also gaining control of her new job as a writer for Scarlet. Kat- a strong-willed, intense young women who views the word "no" as a challenge to prove others wrong. Oh, and she is also going through a sexual identity crisis, and that storyline also grows as the episodes continue. Finally, Sutton- the dreamer, the one who put aside $100 in an envelope when she moved to New York City and swore to herself that IF she failed in the world of fashion, she would at least be able to guarantee a train ride back home with the $100. Spoiler alert- she decides to take a chance on herself and used the $100 to buy a very nice bottle of wine to celebrate her newfound independence.

The Editor-in-Chief of the magazine is Jacqueline Carlyle, an intimidating and attention-grabbing personality, the type that makes you nervous when she walks into the room. However, what is unique about Jacqueline is that she owns the room she is in, she may be fierce and in charge, but she also speaks her heart and mind, showing that a woman can be powerful and empathetic- not just one or the other.

When it comes to Kat's identity crisis, we are introduced to Adena El-Amin, a young Muslim photographer who also identifies as a lesbian. One- they're giving young Muslim women some representation, which is always great, especially in this day and age. Two- she's queer. She states in the show that she is an out and proud lesbian Muslim, which we see as viewers. Adena is confident, proud, brave and amazing at photography. If the two of these girls do end up dating, it would be very much so an interracial relationship, which in itself is great representation.

Also, Kat asked Adena at one point why she wears a hijab when she is very feminist. She was curious if wearing it but also being a very loud feminist is counteractive in any way. She answered that she wears it because it is her choice and that it is freeing, to show people that not all women will look the way people expect them to look. She enjoys making people uncomfortable. Having these questions about things like wearing a hijab may seem trivial, but it is actually very fair and well-done. These are the types of questions that need to be asked and shared in our country.

Another detail that didn't go unnoticed were the issues of online trolling and not only annoying people online but those who go out of their way to inflict hurt or pain onto another human being. Kat has an issue with something she shares online and ends up getting a lot of backlash for it- death threats, assault threats (of varying kinds), overall judgment. They show how deeply it affects the people who are being targeted and also shows healthy ways to cope with online bullying like this.

This show discusses sexual health for both men and women! They mention programs for men's health services at Planned Parenthood. At one point, one of the girls shares very private information about her sex life- and following the beginning of the episode, we as readers are informed as we go on about her lack of experience and how this should not be shamed and how sexual prowess does not define anyone.

Class privilege is also mentioned- in a way where someone might not mention how much money they have but also doesn't realize how blessed they might actually be. This is something that could happen to anyone.

These girls are all supportive, happy, healthy and full of life. They explore love, sexuality, fashion, freedom, and friendship- all while being on the frontlines of their magazine.