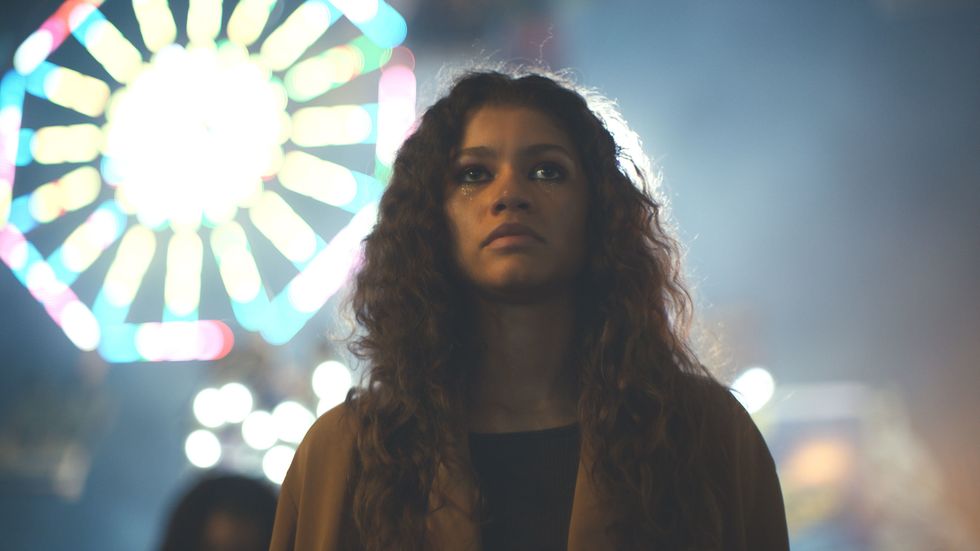 HBO has always been a network known for pushing the envelope with its realistic storytelling and morally flexible characters.

One of HBO's more recent and unique shows to come out of last year, "Euphoria," focuses on their newest troubled protagonist, 17-year-old teenager Rue Bennett (played by Zendaya). She is discovered in the midst of an overdose over the summer by her younger sister, Gia (Storm Reid), and now struggles to balance her social life as an addict as well as a teenager in high school.

Though drugs, sex, and occasional violence do get a certain amount of focus, "Euphoria" does not glamorize these subjects, either. Seeing as the show is centered around high school life, there is a very large ensemble of characters that extends even beyond the school grounds.

Alongside Rue and sister, Gia, is Rue's two best friends, Jules (Hunter Schafer), a girl even more damaged than Rue who is relativity new on the scene when the series begins; and a childhood friend, Lexi (Maude Apatow), who wants virtually nothing to do with the drugs and uncertain escapades that many of her friends participate in.

Then, there is my personal favorite standout, Nate Jacobs (Jacob Elordi), who is one of the central high school antagonists of the first season. Nate is a horrifying character, but you quickly understand his motivations which pertain heavily from his wealthy father, Cal (Eric Dane), whose mysterious personal demons are seeping into his son's life as well.

But, with a large roster of characters comes a large amount of baggage as well, which the show is able to handle. Each opening of an episode would focus on a different starring character and give the backstory to that character. It was a great tool for the audience to clearly understand the mindset and motivations of the characters (really hoping this continues in the second season).

Without giving any heavy spoilers, I was told beforehand that the show would get into some pretty heavy topics, but I was still surprised by how dark the show went. I wasn't taken aback like I'm horrified showrunner Sam Levinson went there but instead taken aback by how confident they went to go to lengths that other high school TV shows won't go.

Several other high school dramas like "Degrassi" or "90210" do have their fair share of social commentary interspersed with the humor, but you can tell that they are actors reading from scripts. Now, obviously "Euphoria" involves actors, but with this show, the teenagers sound like teenagers.

When they make questionable decisions, it may seem like bad writing, but in actuality, it fits considering these are teenagers that are still coming up.

The show also plays a lot with visuals to differentiate itself from other high school dramas on the air. There is a specific scene in episode seven that reminded me a lot of BBC's "Sherlock" series just with the charisma of Zendaya involved, but that's all I'm going to say.

Now I'm going to see Zendaya in the next "Spider-Man" movie and think of Rue. She is becoming a very versatile actress on the same levels of a Charlize Theron or Natalie Portman that can transform with every role she becomes attached to.

The show does have its fair share of situational humor, but let it be known that "Euphoria" is every bit a drama as they come, not a comedy. Even if you've never thought about touching a drug in your life, the series still offers plenty of life lessons and appealing characters for TV fans to enjoy.

I'm happy to say that "Euphoria" is one of my new favorite shows to come out of the network, and I can't wait for season two... whenever it releases.