Manners have definitely changed over the years, but it doesn't have to stay that way. 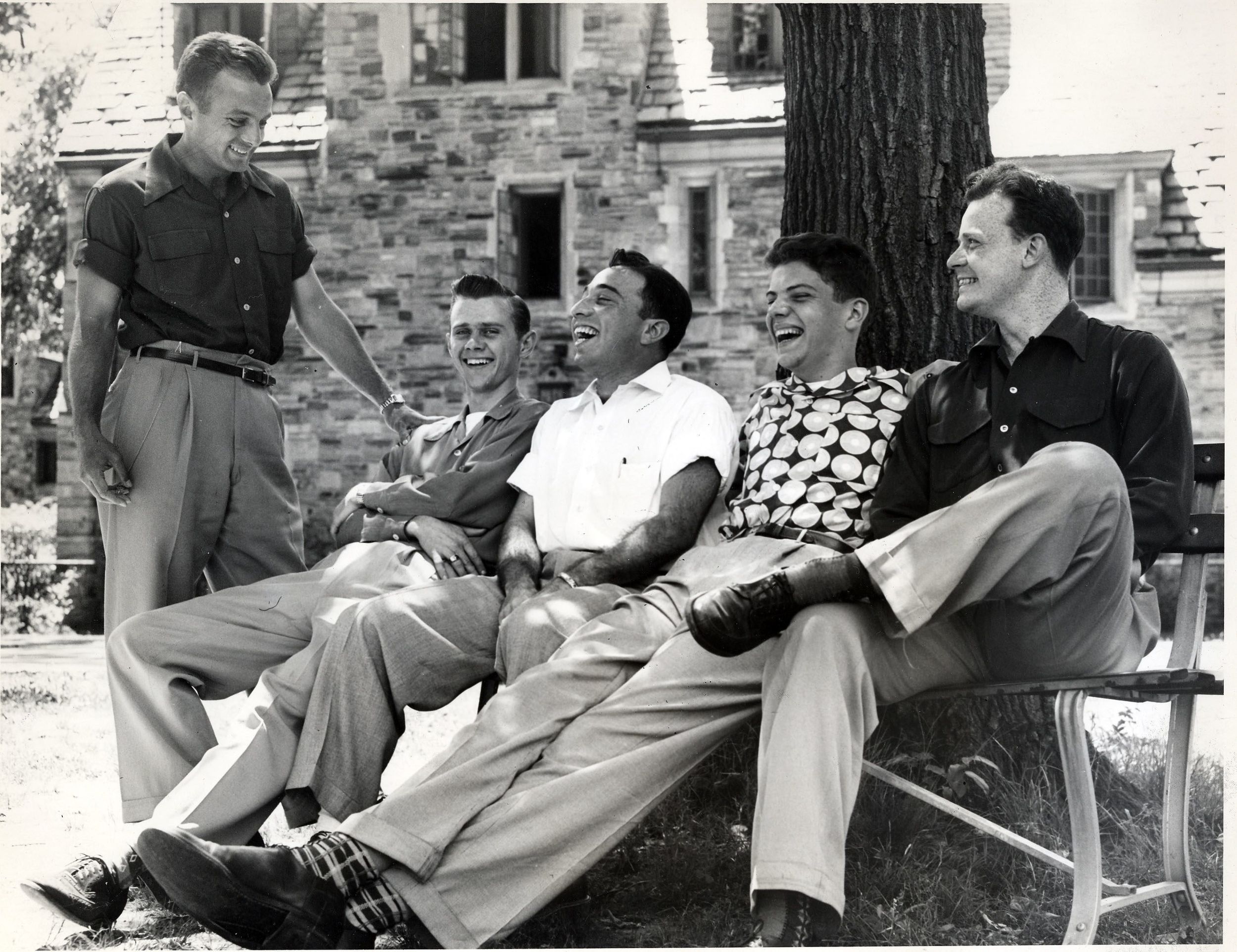 Etiquette has been slowing changes over the past few decades. Personally I am not a huge fan of how people have changed and started acting towards each other but that's something I can't change, I can only hope it will change. It's quite amazing to go back and research the way men and women used to act around each other and what was OK and Not OK to do. Nowadays everyone just says what they want, acts how they want, really they do whatever they want when they want to. No one has the amount of respect for each other as they once did. (or I should say, had to) I wanted to compare etiquette from the 1950's to now to give everyone a little taste of how we have all changed and developed our own type of etiquette.

"A true lady or man would never speak of money."

This one, to me anyway, still lives up to it's meaning. True men and women that do have an ample amount of money don't boast about it. The rich folk that I've came across in my lifetime haven't said, "Hey look at me, look at my new _____!" They truly don't want people to know about it and that is class.

"The gentleman always walked on the road side of the sidewalk – to protect the lady or ladies from passing traffic."

I still make the "older" people in my life walk on the road side of the sidewalk exactly for this reason. I had no idea it was actually a motion of respect back in the day! This makes me love this gesture even more.

"Parents must never disagree in front of the children. Nor can there be an appeal to one parent against the other by a child."

I love that parents never intentionally fought in front of their children. Fighting has caused so many issues and mental breakdowns for children these days. Parents should respect their children just as much as their children respect them. I believe this "rule" should still be applied today.

"Dressing for dinner emphasized the importance of family."

Back in the day, families treated dinner together like any special occasion. Everyone would get dressed up, elbows off the table, and talk to each other about their days. The woman wore outfits similar to what they would wear at church, and the men would wear a nice shirt and slacks. How amazing would that be if we still did that today? I know my family is certainly guilty of this but most of the time we eat at different times, not really engaging much if it has been a busy day.

"There was no such thing as 'Fashionably Late'"

If you were late, you were considered rude. You would finish eating alone with the house staff, and be able to join everyone else when the guests who weren't late, were finished. I still believe that arriving late to anything is considered rude, but sometimes life happens. I think we all need to respect our hosts and hostesses a little more by arriving early if not on time.

"Thank You letters were the norm'"

This could really apply to the fact that no one had cell phones back then and everyone wrote to each other if they wanted to communicate - especially if they had received a gift. How special is it if you get a card in the mail from someone who's been thinking about you? I love hand-written cards. There is so much meaning behind them.

If you find the right man nowadays, he will do the same. I love that for most men, this has not gone out of style - nor should it! I hate even if women don't hold doors open for each other. I typically hold the door open for those older than myself, just out of respect. I'm not sure where I learned that from, I could've easily learned that from family or just watching those around me. Plus, it's always great when you go on a date with someone and he opens the door(s) for you - even to the car!

"Holding the small of a woman's back while walking."

I LOVE THIS ONE! Typically I'm not one for PDA but when I see a man holding the small of a woman's back, I think of two things: 1. He respects her immensely. and 2. He could be super controlling and making sure she knows who's boss. Hopefully, number one is the most common practice. I watched my great-grandpa, grandpa, and father do this and I sure hope my brother will do this for his future wife. It's not crazy, it's not controlling. It's a small sign to those around that, "she is mine."

Dating nowadays is a complete joke, I'm just going to say it. I could rant forever on that, but back in the 50's, when a man wanted to date a woman, he would ask her if she wanted to "Go steady." Going steady wasn't only taken seriously by the two involved, but also to their family members.

"Don't use his handkerchief to smudge your lipstick."

Women were to NEVER apply or remove makeup in front of men. Makeup was meant to be private. He was supposed to be surprised when you came out of the "powder room." Can you imagine if that was still the case today? Bye bye yoga pants and messy hair days!

"Men would always greet women with a kiss on the hand."
I feel like if men did that today, women would smack them and say, "What are you doing?" I think it was a super sweet gesture, as women back then almost expected it. If you didn't kiss her hand, you weren't a gentleman.

I hope these past etiquette tips give you inspiration to re-live them! Class and respect will never go out of style.