Chester Bennington's suicide is a tragedy. We need to change the way we think about mental illness. 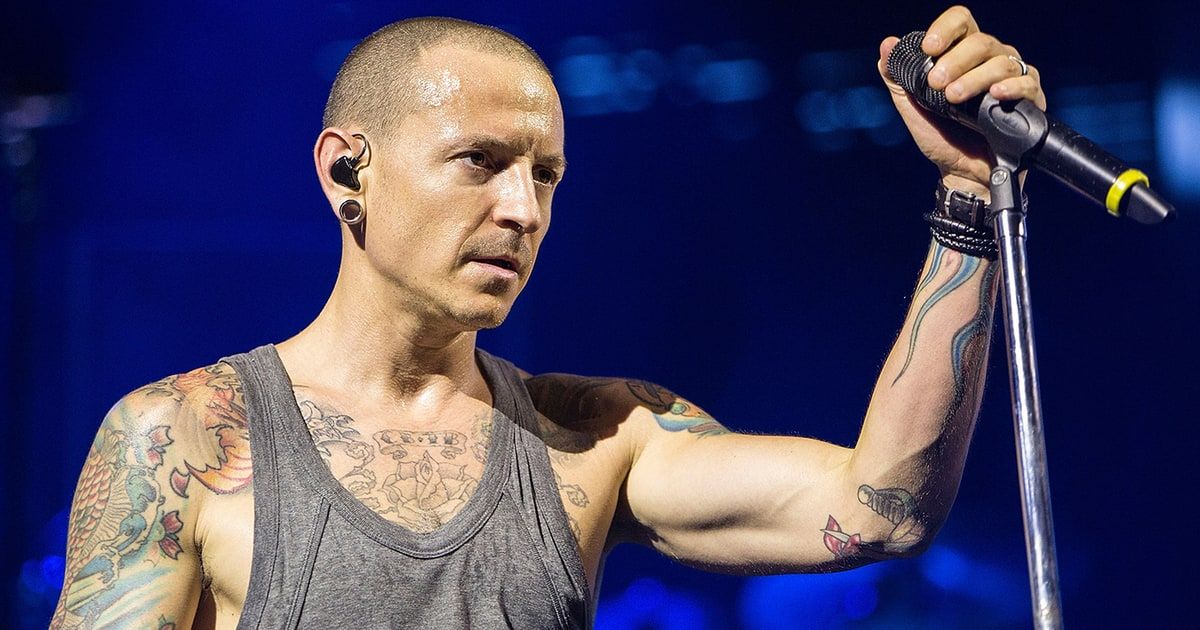 “I have been able to tap into all the negative things that can happen to me throughout my life by numbing myself to the pain so to speak and kind of being able to vent it through my music.” -Chester Bennington

“I think the saddest people always try their hardest to make people happy because they know what it’s like to feel absolutely worthless and they don’t want anyone else to feel like that.” -Robin Williams

Last Friday, July 21st, would have been Robin Williams’ 66th birthday if he had not committed suicide 3 years earlier. The day before, Thursday, July 20th, the world lost another great, Linkin Park lead singer Chester Bennington, the same way. There is no doubt in anyone’s minds that these two legends are gone too soon.

Three years later we are all still mourning the death of Robin Williams. I would not be surprised if the same thing happens with Chester Bennington.

These two people each touched thousands of lives. We all have a favorite Robin Williams movie, whether it be Dead Poet’s Society, Good Will Hunting, or even the animated classic Aladdin. Similarly, thousands of people have a connection with Chester Bennington’s music, whether it be the stuff he did with Linkin Park or independently.

While I never personally listened to that much Linkin Park (I was more of a Greenday girl), I am well acquainted with the power music can have. Just as Chester Bennington was an artist that eased the pain of the tough parts of life for many people I know, there are artists I love because they did the same thing for me. And I would be heartbroken to find out they had taken their own life.

Depression is a cruel killer. It is silent, but deadly. It is not one of those illnesses like cancer, that hides until it’s too late, rather it is an illness that people keep hidden until it is too late. Chester Bennington and Robin Williams were both more open about their struggles with mental illness than many celebrities. As we learned earlier this year when he was hospitalized for “exhaustion” Kanye West might have his own mental health struggles. But other than through a few of his songs he never talks about that openly.

It is not celebrities jobs to make the general public aware of any illness they may suffer from, whether mental or physical. We already invade their privacy too much. But when an amazing person who touched so many lives ends their own, it becomes clear that the public weren’t the only people they kept their struggles hidden from. They also kept their struggles hidden from their family, friends and doctors, the people who could have saved their lives. And that’s because of the stigma.

We mourn the celebrities who commit suicide, but while they’re alive we write off their battles. We think they must not be that depressed because they’re still making movies, recording music and doing interviews. They must know people still care.

But success is not an antidote to depression. Sometimes it is a result of depression because keeping busy is the only thing that keeps the darkness at bay. Sometimes it makes depression worse, because logically they have no reason to feel so sad and yet they do.

And the overall message they keep getting is that they have no reason to feel the way they do because something like depression is hard to understand if you’ve never dealt with it.

It is easy to preach about how we need to change the stigma surrounding mental illness, but it is not an easy thing to do.

We live in a society that wants to fix things. When we see someone sad, we want to make it better. Which isn’t necessarily wrong, but we spend so much time trying to cure depression that we never just accept that someone who is depressed has a brain that works a little differently than our own. That’s how we end up treating people with mental illnesses like problems that need to be fixed.

I’m not saying to stop treating mental illness. Like any illness, finding a treatment that works is vital. However, a lot of times, mental illness can only ever be treated, not cured. And, a lot of times, that’s OK. Like he said himself, Robin Williams strived to make people laugh because he knew what it felt like to feel like there was nothing to be joyful about, and couldn’t stand the idea of anyone else feeling that way. Chester Bennington made music that people facing battles and dealing with tough stuff could connect to, because he had done those things himself.

The stigma of mental illness happens when a person with a mental illness, becomes an illness instead of a person. People with mental illnesses are not problems to be fixed. They are people, who just need to be cared for, as your family member, or your friend, a little differently.

We might never find a solution to mental illness. But if we keep treating people with mental illnesses like problems that need solutions, they’re going to keep viewing themselves as problems, and come up with their own solution. And that solution is going to keep leaving us grieving for people we love, and people we all love, gone from the world too soon.

If you, or someone you love, is suffering from depression or suicidal thoughts or actions, there are resources available. The National Suicide Prevention Lifeline is available 24 hours every day at 1-800-273-8255.

If you feel the need to reach out to somebody, but aren’t comfortable doing so over the phone, you can also text HOME to 741741 at any time from anywhere in the United States for immediate help.

You are never alone.