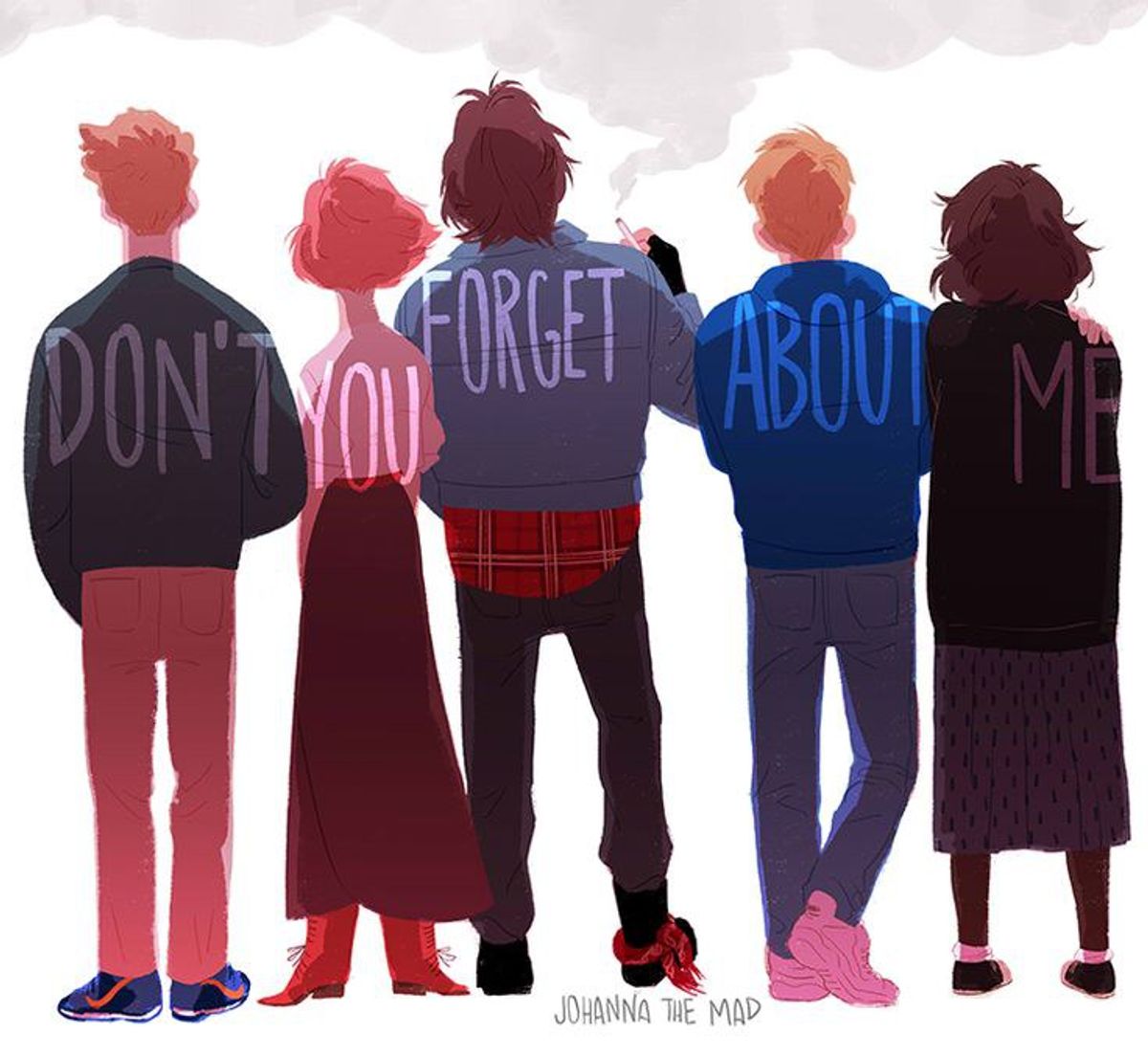 It also gave us a dream team of actors who gave us some of the greatest movies all time. This dream team was referred to as the Brat Pack. The Brat Pack refers to a group of up and coming twenty-something actors who would regularly be seen on screen together. BIG THANKS TO DIRECTORS LIKE MR. JOHN HUGHES. The phrase "Brat Pack" is a play on words referencing the Rat Pack, a 1950's singing group. The Brat Pack is basically the cool kids of the 1950s reincarnated. Its core group consisted of Molly Ringwald, Andrew McCarthy, Emilio Estevez, Ally Sheedy, Michael Anthony Hall, Judd Nelson and Rob Lowe. The outer circle consisted of names such as Robert Downey Jr, John Cusak, Charlie Sheen, Jon Cryer, Demi Moore, and James Spader.

"The Outsiders" (1983) is the film that started it all. It starred virtually unknown actors, who would all later become household names. Just to drop a few names: Patrick Swayze, Tom Cruise, Diane Lane, Ralph Macchio, Rob Lowe, and Matt Dillion. This film, based in 1960s Oklahoma, conveys the rivalry between two gangs: the poor working class greasers and the rich kids that live on the other side of town. With themes of class-ism and lots and lots of denim, this film was only the beginning for the Brat Pack.

Over the next few years, we enter into the Ringwald trifecta. The films included are classics such as "Sixteen Candles," "Pretty in Pink," and "the Breakfast Club." These three films are the heart and soul of what makes the Brat Pack so great. They are so full of teenage angst. "The Breakfast Club", the film that defined a generation, has stood the test of time. Everyone knows the story of five kids who had to sacrifice one Saturday in detention.

It doesn't matter how weird their clothes look, or even that the lingo is out of date. Each Brat Pack film is pays homage to being young, taking chances, first loves, and the undeniable optimism one has when they are sixteen. Between the fashion, music, and everything else, these totally rad films are nothing less than iconic.

In the late 80's, films such as St. Elmo's Fire, About Last Night, and The Pick Up Artist, were the times where The Brat Pack realized they couldn't keep playing high-schoolers. They then took on roles in real world in films. Those films beg the question, what happens after you graduate? But sadly, when the 80's ended, so did the Brat Pack.

So, whether you're a brain, an athlete, a princess, a basket case, or a criminal, you will love these films. The classics are a fundamental staple when it comes to American cinema. These movies embody the '80s. They are necessary and mandatory to your film education. So, which one of these films will you watch first? (hint: "the Breakfast Club")

Nicole Marie Nigro
Individual Creator
9236
c1.staticflickr.com
Where to start...... Let me start with the cliche that life throws us curveballs and what we do with it is what counts.