I Don't Want A Relationship With My Dad For Now, And That's OK

He's not an awful person, but I don't want or need him in my life right now. 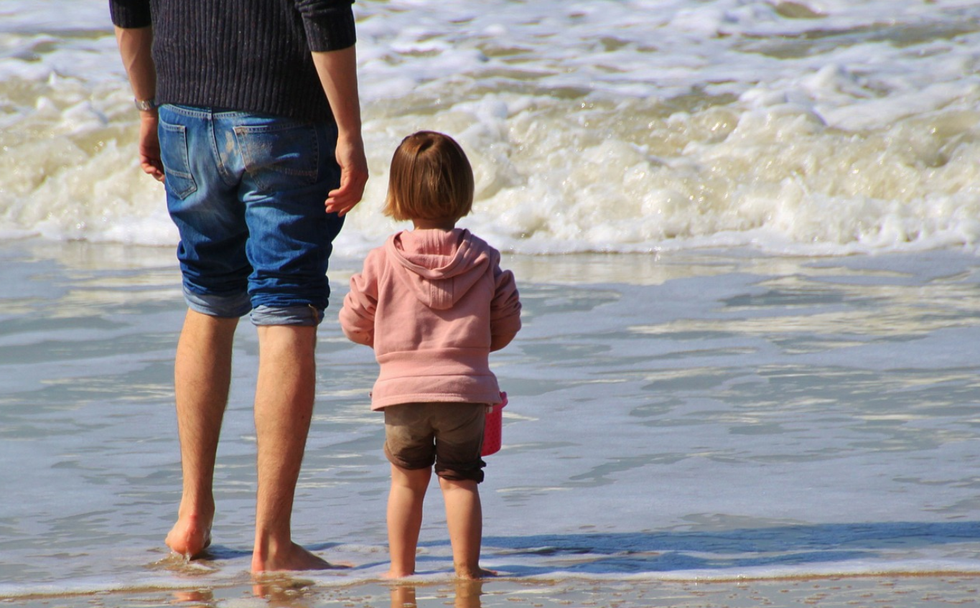 A few weeks ago, I wrote an article that unfortunately created a lot of drama in my family. In my article for Father's Day, I expressed my feelings I have about my father in comparison to my mom's boyfriend in the department of acting like a parent to me.

I have received a lot of backlash on social media for this article, from my personal character being criticized to my mom being blamed for my resentment towards my father. So, I have decided to write this article in response to this criticism. Even if none of my family actually sees this, I want other people who have faced the same issues I have to know it really does get better.

Growing up, my dad was the stay at home parent. My mom's job made more money, so it made sense for him to be the one taking care of my brother and me when we were too young to take care of ourselves at all. People would call him a "Mr. Mom" and that title annoys me, but I'll address that some other day.

My dad raised us pretty much full time until I reached elementary school. I'm not saying my mom wasn't equally parenting, just that he was the adult who was present more during the day due to our situation. He made sure we were fed, entertained, and in general taken care of. I can't ignore the fact I was lucky enough to have two parents when I was young, and I'm grateful for that.

Nonetheless, a good early childhood doesn't guarantee a free pass for the rest of life. My parents split up when I was in sixth grade, and that's when things started to go downhill. As the months progressed, my relationship with my father went from well, to okay, to bad, to unbearable. There's too much that happened to explain it in an article, and frankly, I don't need to air my family's dirty laundry on the internet.

Either way, my relationship with my father became very toxic for me. I dreaded going to his house, because when he was spending time with me, if we talked, it usually led to a conversation of how expensive I was, and it was my fault he was not financially stable. I'll be the first to admit I wasn't necessarily a low maintenance child with swim team and marching band, but most of these costs had existed before the divorce.

What hurt most about this though was it never seemed like he cared or wanted my brother and I around. He would repeatedly hand us off to our mom early on weekends, or just have us not go over at all. He never seemed like he wanted to spend time with us, much less get to know us as maturing young adults. He also tried to blame a lot of his problems on my mom, and say that she was the reason things were like this, when he was the one to drag out the divorce and nitpick over a lot of stuff I still don't understand why it mattered so much. Most family drama usually involves parents not wanting to hand off their kids, but ours was my mom forcing my dad to take us for weekends, because we never spent any time with him.

In the end, I finally packed up my stuff one day from his house, and decided I wasn't going to be back there for a while if I could help it. I needed the space to heal and figure out what I needed in my life, and for a while, I don't think that's going to include my father, and as far as I'm concerned that's okay. I should not have to put myself in a toxic situation to appease my family. I love them, but my happiness and mental health are more important than maintaining a relationship with some of my family right now, as much as it hurts that I must choose between the two.

At the end of the day, only you know what's best for yourself. I don't think my father is inherently a bad person, but I refuse to be treated like an afterthought, an inconvenience, to my own parent who mutually chose to create me. As Dumbledore said, "It is our choices that show who we truly are far more than our abilities."