Disney movies are NOT realistic when it comes to relationship advice. 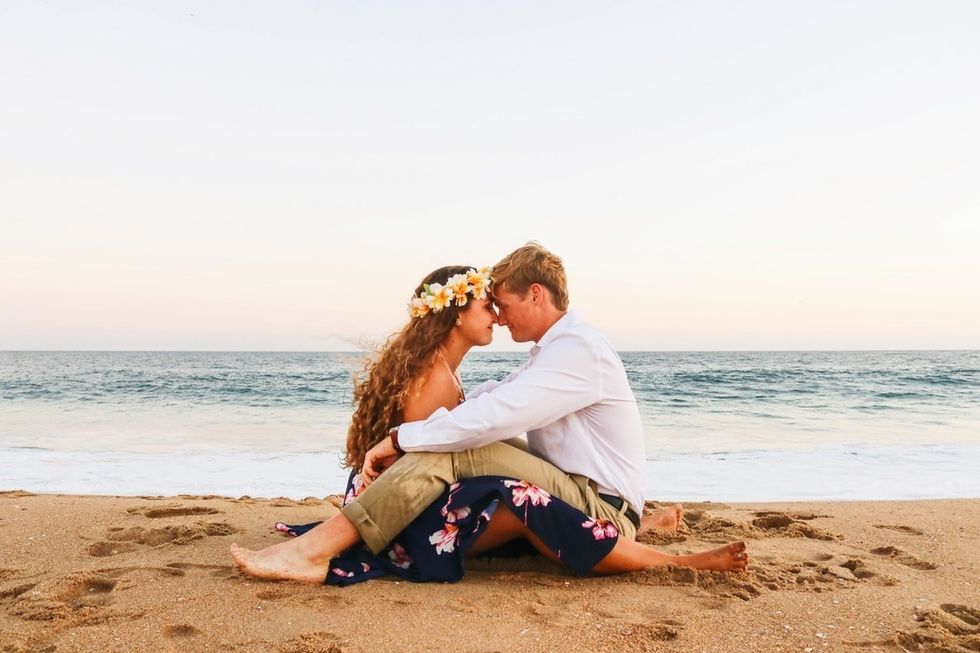 This past week, I was talking with a friend from school, who we'll call Janet for anonymity's sake when she asked me for some relationship advice. She's been dating a guy, who we'll call Adam, for a couple years now, but she wasn't so sure she really wanted to be with him. She'd been having thoughts about other guys, specifically one guy we'll call Ben. She had a crush on Ben for a while when they were younger, and now she thinks she might still have feelings for him. She's thought about ending her relationship with Adam but doesn't want to hurt him and then later realize he was "the one" for her all along.

This concerned me a little, mostly because I don't believe in any of that Happily Ever After stuff that we grow up on by watching Disney movies and reading fairytales. Growing up, it always felt like my parents were constantly fighting. I remember going to a friend's house and being really confused when her parents were always holding hands and just getting along, it felt like I had entered some other dimension. Because I watched my parents fall out of love, I don't think I've ever really believed in soul mates, or only having one person who you're destined to be with for the rest of your life.

Obviously, everyone is more compatible with certain types of people than others, but I believe that everyone gets to make the active choice of picking their soul mate. The Cambridge Dictionary defines a soulmate as a person who "you have a very special relationship with", in a platonic or romantic manner. Being able to love someone after seeing them at their best, worst, and everything in-between takes a lot of love, communication, and compromise.

I think that can be done if you and the other person are both willing to put in the work, but there's not any rush to find it. I mean, I'm eighteen! Excluding some sort of freak accident, I've got a long life ahead of me, hopefully. While I'm sure down the road I would love to find someone who I could imagine spending the rest of my life with, I'm not too concerned with marriage, because I'm still trying to figure out who the heck I am. Which is why we date people: to figure out what kind of people and personalities we work best with.

So, my advice to Janet, since she asked for some: talk to Adam about your feelings. You shouldn't feel obligated to stay in a relationship with a guy just because you've been dating for a long time. You are smart, beautiful, and an incredible person who I am so lucky to call my friend, and any decent person in their right mind would be lucky to date you. You care about others so much, but you need to take care of yourself first this time, and it wouldn't hurt to talk to Adam about taking a break. We're all so young, you shouldn't feel like you have to commit to one person for the rest of your life already.

It's okay to want relationships with other guys, we're all still trying to figure out what to do in the mess we call life especially because we're barely making it through college and we don't even have full-time jobs yet. So, very simply: close your eyes, take a breath, and remember that no matter what I'll always love you and support you through everything. Except for crimes that land you in federal prison. I love you, but I can't promise to visit if you end up in jail.