All you're doing by saying this is revealing your privilege to not care politically, and here's why that's a problem. 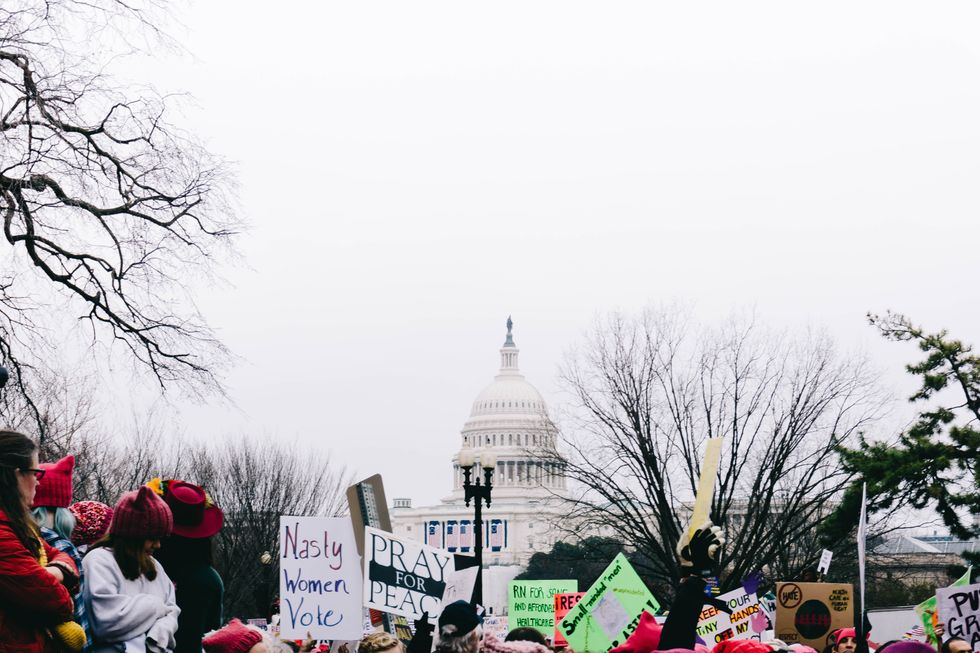 Photo by Emmad Mazhari on Unsplash

I'm sure all of us know at least one person who refuses to engage in political discussions - sure, you can make the argument that there is a time and a place to bring up the political happenings of our world today, but you can't possibly ignore it all the time. You bring up the last ridiculous tweet our president sent or you try to discuss your feelings on the new reproductive regulation bills that are rising throughout the states, and they find any excuse to dip out as quickly as possible. They say I don't talk about politics, or I'm apolitical. Well everyone, I'm here to tell you why that's complete bullsh*t.

Many people don't have the luxury and privilege of ignoring the political climate and sitting complacent while terrible things happen in our country. So many issues remain a constant battle for so many, be it the systematic racism that persists in nearly every aspect of our society, the fact that Flint still doesn't have clean water, the thousands of children that have been killed due to gun violence, those drowning in debt from unreasonable medical bills, kids fighting for their rights as citizens while their families are deported and separated from them... you get the point. So many people have to fight every single day because they don't have any other choice. If you have the ability to say that you just don't want to have anything to do with politics, it's because you aren't affected by any failing systems. You have a privilege and it is important to recognize it.

Martin Luther King Jr. once said, "history will have to record that the greatest tragedy of this period of social transition was not the strident clamor of the bad people, but the appalling silence of the good people."

We recognize that bad people exist in this world, and we recognize that they bring forth the systems that fail so many people every single day, but what is even more important to recognize are the silent majority - the people who, by engaging in neutrality, enable and purvey the side of the oppressors by doing nothing for their brothers and sisters on the front lines.

Maybe we think being neutral and not causing conflict is supposed to be about peacekeeping and in some way benefits the political discussion if we don't try to argue. But if we don't call out those who purvey failing systems, even if it's our best friend who says something homophobic, even if it's our representatives who support bills like the abortion ban in Alabama, even if it's our president who denies the fact that climate change is killing our planet faster than we can hope to reverse it, do we not, in essence, by all accounts of technicality side with those pushing the issues forward? If we let our best friend get away with saying something homophobic, will he ever start to change his ways, or will he ever be forced to realize that what he's said isn't something that we can just brush aside? If we let our representatives get away with ratifying abortion bans, how far will the laws go until women have no safe and reasonable control over their own bodily decisions? If we let our president continue to deny climate change, will we not lose our ability to live on this planet by choosing to do nothing?

We cannot pander to people who think that being neutral in times of injustice is a reasonable stance to take. We cannot have sympathy for people who decide they don't want to care about the political climate we're in today. Your attempts at avoiding conflict only make the conflict worse - your silence in this aspect is deafening. You've given ammunition for the oppressors who take your silence and apathy and continue to carry forth their oppression. If you want to be a good person, you need to suck it up and take a stand, or else nothing is going to change. We need to raise the voices of those who struggle to be heard by giving them the support they need to succeed against the opposition.

With all this in mind, just remember for the next time someone tells you that they're apolitical: you know exactly which side they're on.