Raveena- The next storytelling artist with a unique sound and look.

It is to no surprise that decades somehow manage to repeat themselves and have been since the beginning of time. I mean hello, the 90's and early 2000's are officially making a return with the multi colors and crazy prints and some early era music being sampled here and there. If you are as in love with the idea of the Y2K era officially making a return in both fashion and in music, I'm sure you'll love this new artist's release.

This uplifting, and highly creative artist is named Raveena. Just to give a little bit of back story, Raveena has been making a mark for a few years now. In 2019 she released her first debut album Lucid (Link it) followed by her Moonstone EP (link) in 2020. This artist has really differentiated herself though, with her experimental sounds, she is able to form a complete story consistently throughout everything she has released. 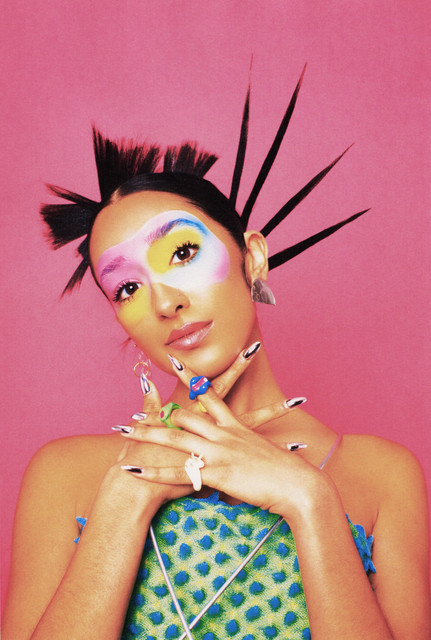 Additionally, this bubbly artist has officially released a new single Tweety (link). This song gives 90's and early 2000's instrumental sounds. Iconically though, combined with her smooth and unique sound keeps you listening until the very end. In addition, she just released the video which can only be assumed was inspired by the 70's and 80's technology.

This song and video perfectly demonstrates the creativity that Raveena embodies as an artist. To watch the video and save the song to your newest playlist the links are below: