Does The World Really Need Religion?

Don't let your religious freedom get the best of you. 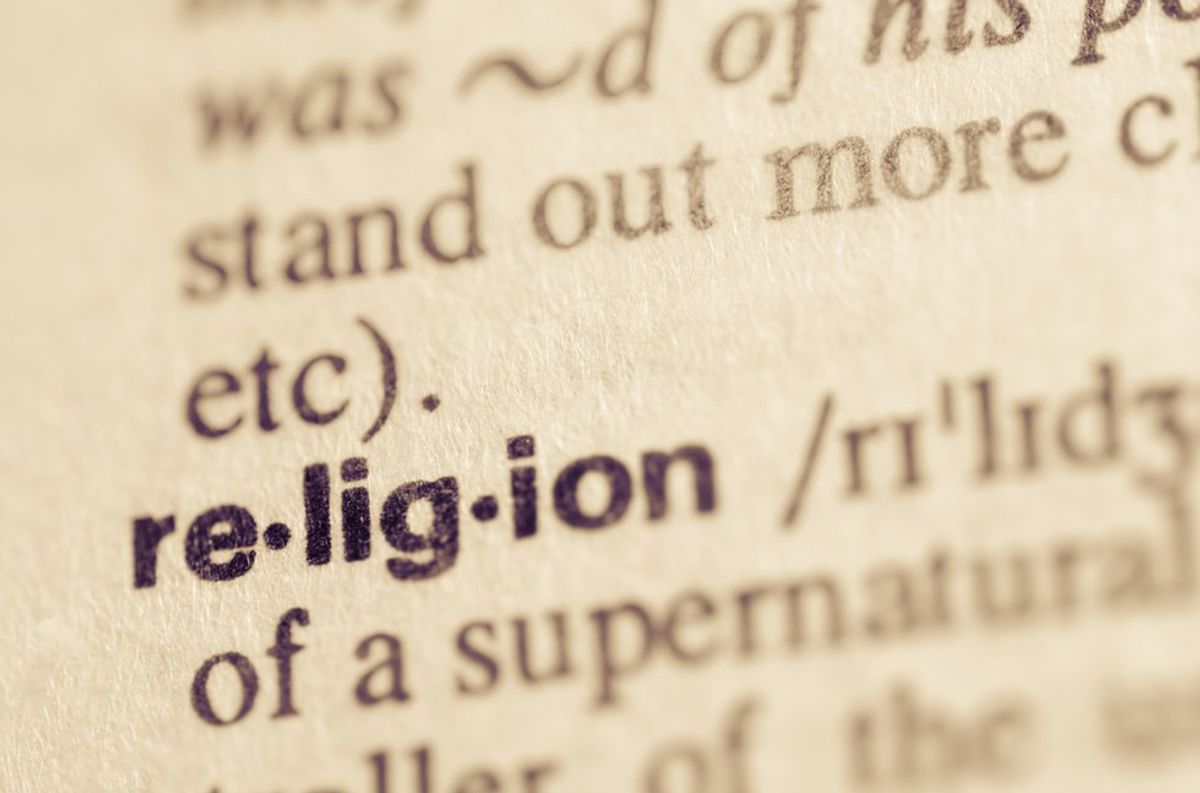 Today in our society, it’s common and almost stressed into us that we need to believe in some sort of God. Now, before I go further into this I just want to recognize that I am not bashing on religion or attacking on those who have a religion they abide to. I personally am Catholic and believe in God, however I can be a little skeptic to the whole phenomena of different religions believing in their very own God. I mean heck, there’ a religion called Pastafarianism where people worship the “flying spaghetti monster.” Society is so busy worshiping this energy we believe in that we don't take the time to realize if what we believe in is hurting others. And this leads me to ask, is religion necessary?

Allan Clifton states in his article that religion and faith should not be confused with one another and I completely agree with him. I believe having faith is more important than having a religion. Most of the confrontation in the world can be linked to religion.

Whenever there is a terrorist attack people are quick to assume they are Muslim based on the stigma society has given them. However, according to the FBI, about 94 percent of those terrorist attacks were carried out by non-muslims between the years of 1980-2005. In Europe, less than 2 percent of the terrorist attacks have been made by muslims in the last five years. Religion just gives society an excuse to use against other people when something goes wrong. If religion wasn't around, we would have more peace and less misguided stereotypes. Religion just leads to a bunch of people making assumptions of one another. We say things about one another just because of their beliefs or how they act.

Praying for someone is one thing but trying to convert someone is a completely different thing. Shaming someone because they're not like you is messed up. People can't love the same gender as themselves without someone telling them they need help or how it's a disgrace. Girls can't have sex without being called slut and how they should really wait until they're married. People can't tell someone they're an atheist without someone shaking their head at them in disappointment. Religion just brings upon too much judgement and unnecessary bigotry in the world. We should be able to live in a world where we can do, love, and be whatever we want.

I know there is the concept of "coexist" but how can we expect everyone to come together when each religion has something where others are against that. Each religion can be asked these simple questions; Where did man come from, and why is he here? Is there life after death? Is there a God, and how can we know him? And for each person you ask from a different religion, you will most likely receive a different answer which i completely understand. But with different opinions, there will sooner or later be a conflict that comes into the picture.

I'm totally all for whatever religion everyone wants to believe in and I think it's great that there are a diverse list of religions and can live in a place with religious freedom. I just think that sometimes religion can be taken out of context and gives people an excuse to use that against other people.