Does The Unicorn Frappuccino Jeopardize Starbucks Values?
Odyssey
CurrentlySwoonLifestyleHealth & WellnessStudent LifeContent InspirationEntertainmentPolitics and ActivismSportsAdulting
About usAdvertiseTermsPrivacyDMCAContact us
® 2023 ODYSSEY
Welcome back
Sign in to comment to your favorite stories, participate in your community and interact with your friends
or
LOG IN WITH FACEBOOK
No account? Create one
Start writing a post
Lifestyle

Starbucks' latest drink may not be magical after all. 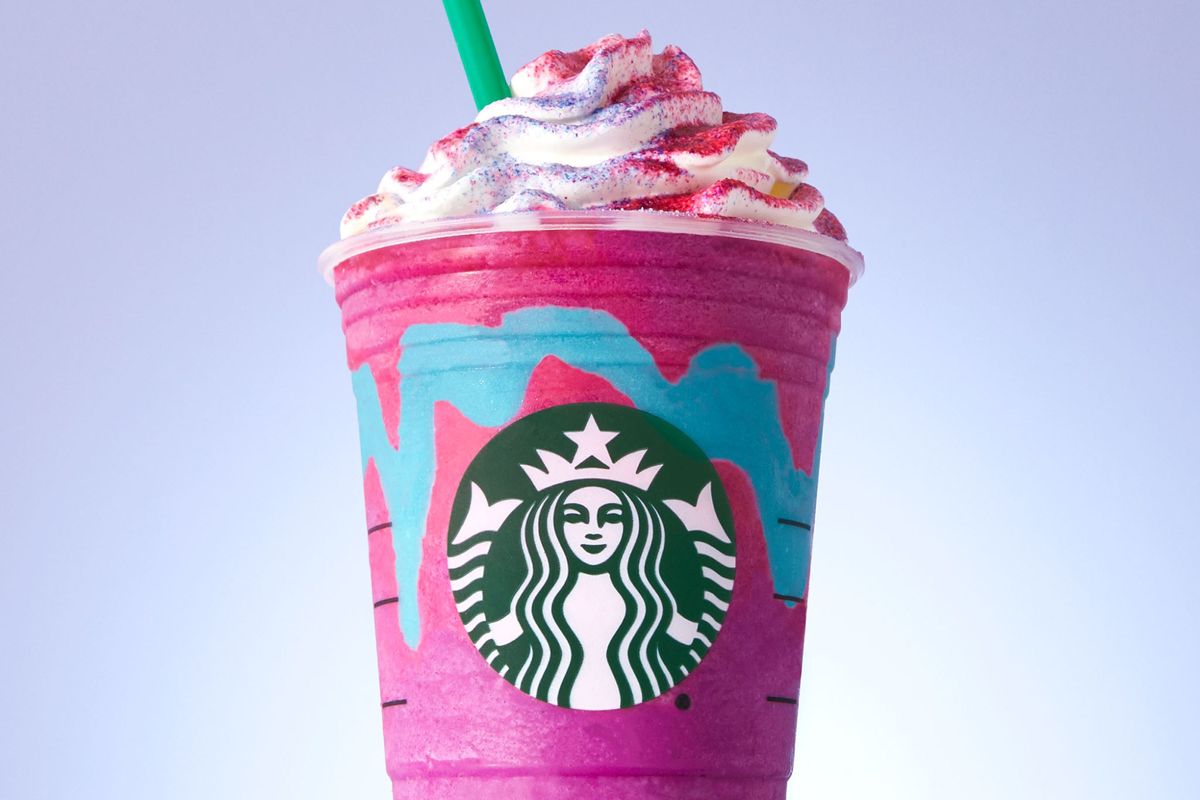 When I first heard about the unicorn frappuccino via a group on Facebook I thought it was an extension of a bad April Fool’s prank. Why would my beloved place of work put its workers through such treachery for a drink that looks like a stoner’s paradise? I also assumed that my store wouldn’t offer it because we are a licensed location and not a corporate store. Basically, I wear a Starbucks apron and sell Starbucks but at the end of the day I work for a company who is paying Starbucks for that license. Make sense?

And then I saw the blue powder hiding in the back of the store and knew a nightmare was about to unfold.

By now, the amount of articles about the unicorn frappuccino and the “backlash” from baristas can be found on nearly every website. From a business standpoint, launching an exclusive drink that’s offered for a few days only is absolutely genius. The quantity of free advertising that Starbucks has gotten via Instagram pictures, Snapstories, Instagram stories, and Twitter is absurd--genius, but absurd.

Per quality control, I sampled this magical drink and I’ll admit, it wasn’t horrible. The sour powder tasted like a Warhead and I may or may not have poured the powder in my hand to eat it plain like an animal. I’ll also admit that the drink was one of the prettier options Starbucks has offered. I mean, who wouldn’t want to take a picture of a pink and blue drink that has the word unicorn in the name?

Professionally speaking, this drink was everything stockholders could dream of and sales showed it.

But I’m not high enough up on that totem pole to see the results of this magical drink. From my experience, this drink instilled the values of what I fear to be true: the fact that I’m a corporate slave.

This makes me wonder a lot of things, number one being: Is Starbucks losing its identity?

Starbucks lost the “coffee” in their logo years ago as they moved on to focus on other products, especially with the purchase of Teavana, the tea chain. But is Starbucks moving toward a business model specifically for filtered Instagram photos?

Starbucks is becoming the kid in high school who goes from being the quarterback to the thespian. Basically, Starbucks is having an identity crisis and as a employee of the brand, I’m a tad embarrassed.

I personally always enjoyed the chic atmosphere of Starbucks. I like that it’s fast and convenient, but also maintains a décor that’s classy and fashionable. Even with an ugly green apron on, I always took solace in the fact that I got to steam milk and make some damn good latte art--or tried to, anyway.

Now I can’t help but feel like I’m employed by the laughing stock of coffee chains.

The unicorn frappuccino was a lot of things for my fellow baristas. It was time consuming, messy, and annoying. Above that, the drink poses a valuable business lesson--and question--how far should a business go for sales? Rather, should you alter your business model for an Instagram picture?