What We Know About The Newest ‘Doctor Who’ Season
Odyssey

And you, fellow whovian, should be too! 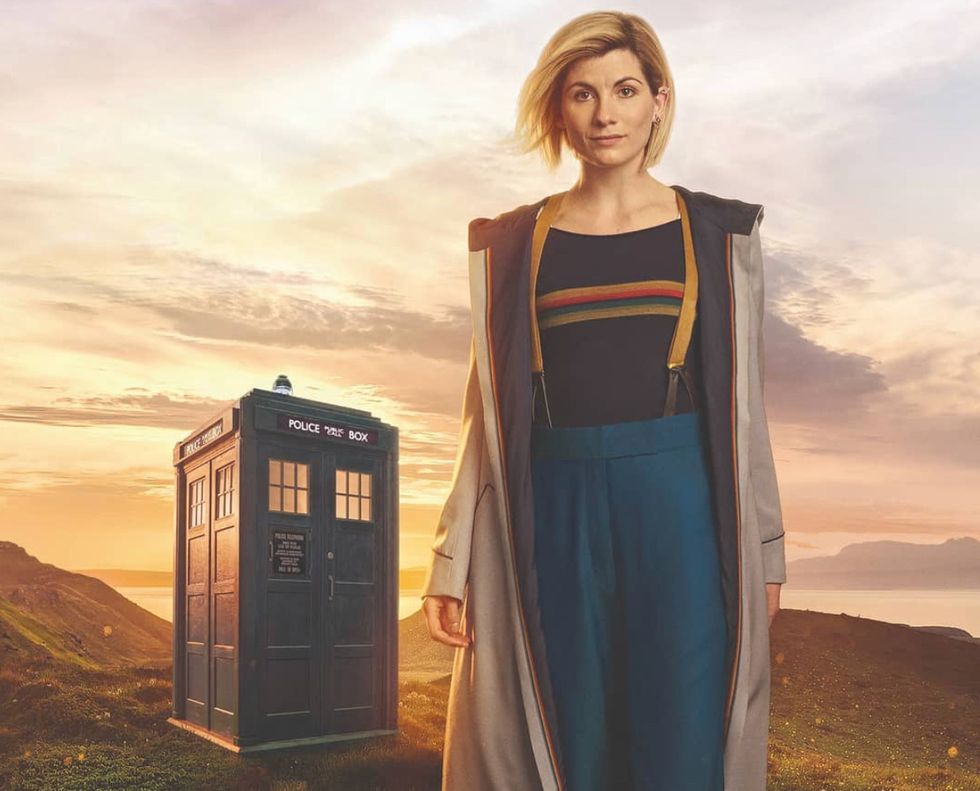 Autumn 2018 is fast approaching (albeit not fast enough) and every day I grow more and more tired with anticipation for the newest season of "Doctor Who." Anyone that has spoken with me for at least 30 minutes knows that I am a classic whovian: I own a TARDIS mug, a replica of 11's sonic screwdriver, and have made my way through nearly half of the original series. I've watched and rewatched every past season in preparation for what seems to be the most highly anticipated regeneration ever. Later this year, we'll welcome the amazing Jodie Whittaker to the role of the Doctor. And can I just say, hell yes. Hell yes am I here for it.

As for those of you begrudgingly whining about the fact that she's a woman and espousing pathetically that "the Doctor is a male role!" I only have one thing to say to you: boo-fucking-hoo. Any "Doctor Who" fan would know that the Doctor is an alien, and his species, the Timelords, don't have set genders. Yes. They're more progressive than us. There have been at least two other times a Timelord has regenerated into a woman on screen, and another I can think of which was only mentioned.

So here are some things we definitely know and a few conjectures I've picked up along the way.

First, the Doctor's new look has some amazing callbacks. The one that struck me right away was the rainbow suspenders. For me, they're a very clear reference to the 11th Doctor's tweed jacket, boots, and braces look. The color pattern on both her suspenders and her sweater are also reminiscent of the 4th Doctor's classic scarf. We've seen the trench coat most recently on the 10th Doctor and the high waisted trousers might be akin to Patrick Troughton's 5th Doctor's aesthetic. My favorite fashion callback, however, are her earrings which strike me as very lovingly referring to Donna, the feisty and loud companion who was always wearing standout jewelry as she ran away from villainous aliens with the Doctor.

Second, we know with every regeneration of the Doctor comes both a new TARDIS and a new screwdriver. The interesting part about Jodie's incarnation is that the outside of the TARDIS got a facelift as well: a new light, new colors, new windows. It's beautiful. I've heard from a few sources that 13's sonic design is streamlined, simple, and characteristic of Jodie's softer, kinder nature (in comparison to Capaldi's stern but loving character.)

Third, as for episodes, we know that there are talks of witch hunts, King James the first, and social activists like Rosa Parks. All of these sound heavily topical and I'm excited to see how Chris Chibnall (the new showrunner) and the other writers will handle them. If I know anything from "Broadchurch," it's that Chibnall has incredible vision and cinematography and Whittaker is a phenomenal actress.

Lastly, it seems like a character that played a large role in the previous seasons might be making their way back to the screen. As much as I would love to see a main companion like Amy or Rose come back into play, I know that's probably not on the table as of yet and only in my hopes and dreams would they find a way to bring back River… but her ending was just too beautiful, too sad, and too remarkable to downplay with an entrance.

lthough, how awesome would it be to see her and the Doctor as a woman interact? Pretty damn awesome I'd say. After watching some theory videos and scoping out rumors, it isn't too far of a stretch to think that the one and only Captain Jack Harkness might be joining us once again considering there's a long stretch of time between the initiation of his immortality and when we see the death of the Face of Boe. I for one would love to see the rambunctious Captain Jack return to dance and sway with the 13th Doctor.

All supposition aside, there is one thing I know for certain: the future is, most definitely and defiantly, female.

doctor who
Report this Content
This article has not been reviewed by Odyssey HQ and solely reflects the ideas and opinions of the creator.