We Love Talking About Diversity Yet We Forget Its Core Purpose

We are taught to not judge others by their gender, race, appearance or sexual orientation. There's a deep irony in this diversity talk. 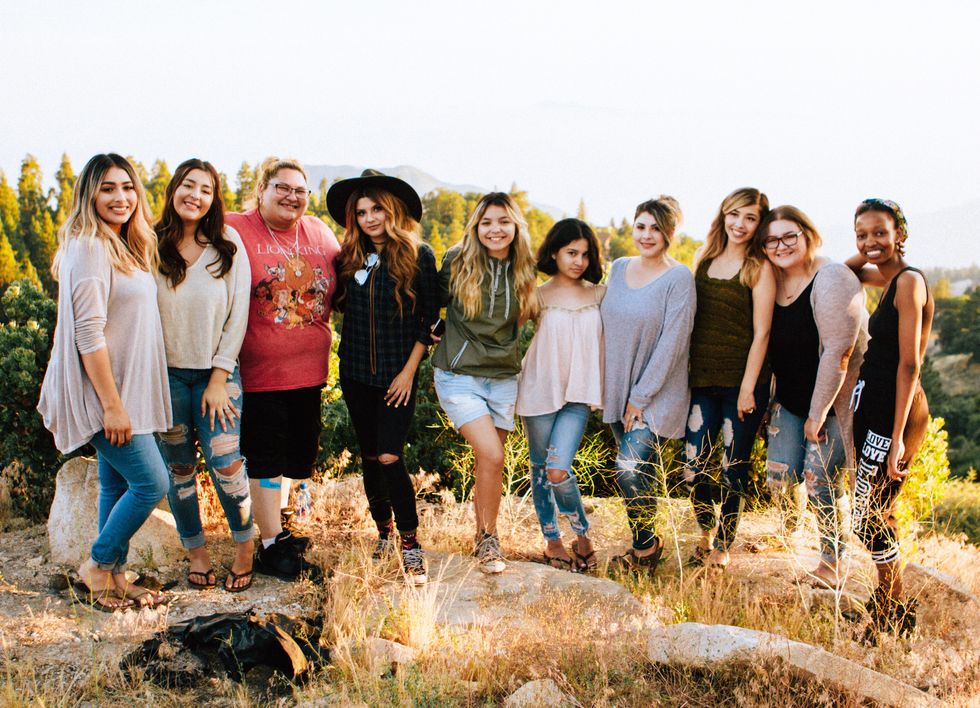 In most if not every university in the US, there is a "diversity" program. Schools are required to submit statistics on how ethnically diverse they are. We are taught to not judge others by their gender, race, appearance or sexual orientation.

There's a deep irony in this diversity talk.

State and federal politicians from both the left and the right are obsessed with "improving education," yet Washington DC and state capitals have some of the worst public school systems in the nation. It's ironic that activists from the left are demanding legislation to promote racial equality and ethnic diversity. Most of them flee to the comforts of their houses in gentrified suburbs that are 70-90% one race. Suburbs themselves were designed around defacto segregation. If Americans want better urban schools education, fleeing the city school system does no good.

We need brilliant teachers, professionals and innovators from suburbs to come back to the inner city schools so we can fix the problem on site and at its core.

On the topic of education, it's time to question why universities should even consider race in the application process. The concept of affirmative action is deeply flawed because it undermines the American Ideal of equality. Richard Rodiguez, a Hispanic American writer, opposed affirmative action because it gave certain people an unfair advantage over others. While certain minority groups were mistreated and underrepresented in the past (and in some cases still are), racial gaps can't be forced closed if one person is more qualified than the other, whether, for a job or college, he or she should be accepted no matter what race or gender.

One of the biggest acts of prejudice I've seen from the political left is generalizing that all Trump voters "racists." Yes, Trump and some Trump supporters are racist, but it is wrong to make this generalization about all Trump voters. Some Americans voted for Trump because they were just tired of career politicians or thought that some of his ideas sounded convincing or had a strong sense of party loyalty. On a pro-Trump Reddit group, one of the rules is that "Racism and Anti-Semitism will not be tolerated. You have been warned."

It is even incorrect to say that all Trump voters were anti-environment or climate change deniers. When the National Wildlife Federation released a petition against the nomination of Scott Pruitt for EPA, it quoted life-long Republicans and Trump voters who wanted President Trump to "commit to strong, proactive measures during your Administration to protect our nation's wildlife and their habitats." There is even a non-profit called RepublicEn that is dedicated to finding free-market solutions for climate change and other environmental issues. Even if leaders in the Republican party want to deny climate change and vote against pro-environment bills, they will have to face the elephant in the room, the very symbol itself, the magnificent creature is suffering from climate change, poaching and habitat loss.

We need to look beyond visible diversity and focus more on ideological diversity. The fundamental goal of having diverse people together is to bring new perspectives, ideas, and solutions to the table. Let's start by ignoring people's gender, ethnicity, and sexual orientation and focus on what they have to say and who they are as individuals. If we want to be more inclusive, let's listen to our fellow Republicans, Democrats, and Independents. They all come from diverse backgrounds and have stories worth listening. We need ideological diversity within our political parties. You can still be a democrat if you are a pro-second amendment and pro-life etc. You can still be a Republican if you are pro-choice or support regulations for specific issues. Overzealous conformity within groups is a problem because democracy works best when there is more than one side to a social issue or ethical dilemma. Listening to individuals with opposing viewpoints and discussing with them respectfully is a vital component of a civilized society. Through civilized debate, we learn our short-comings and find more ways to strengthen our cases.

Ethnic diversity should only be celebrated silently. The most diverse organizations on campus are ones that don't brag about their "cultural diversity." Let's stop judging others by their ethnicity, religious beliefs, sexual orientation, and political affiliations. It's time for all of us to stop finger-pointing and stop demonizing the left or the right. Let's call those with polar opposite opinions our acquaintances, pals, and family.