The Disturbing Appeal of Creepypastas
Odyssey

The Disturbing Appeal of Creepypastas

Who would have guessed that horror stories could be so satisfying? 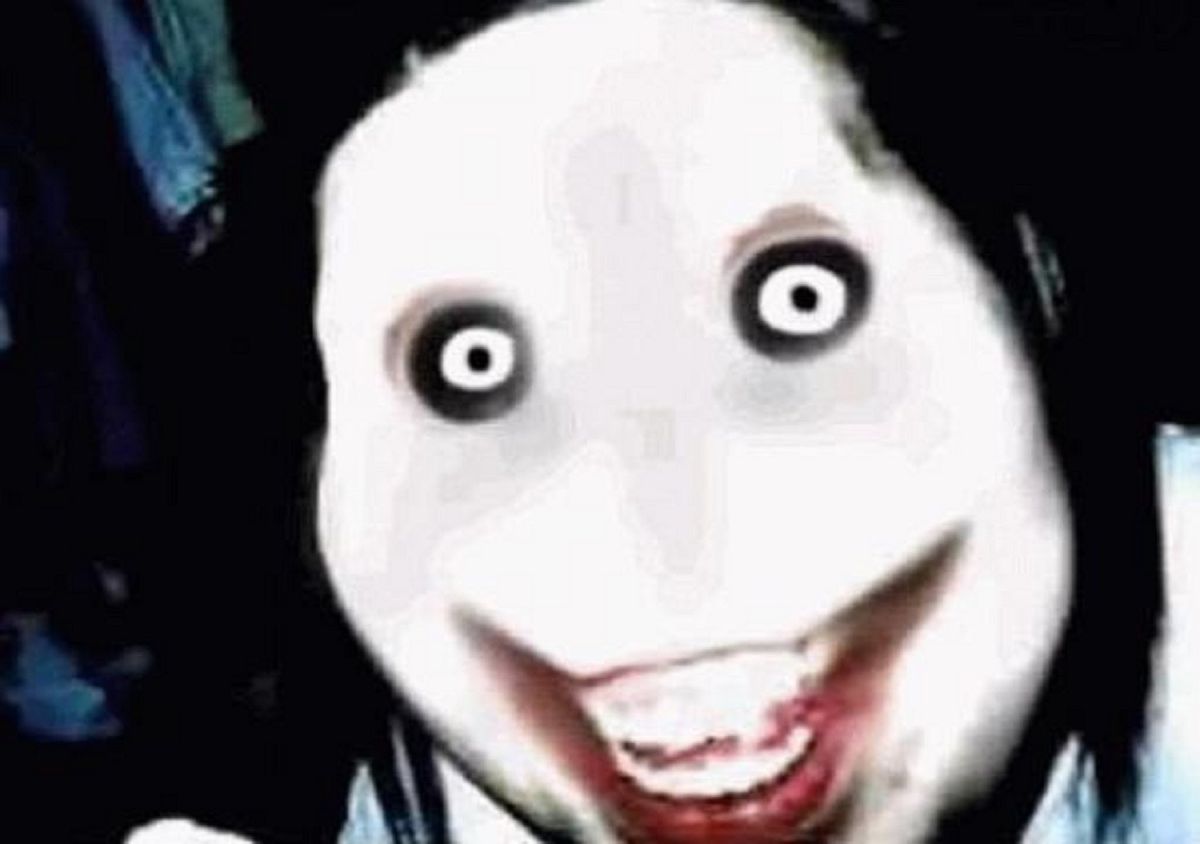 It’s close to the middle of the night, and the only light you have is that being emanated from your computer screen. On it, you have been reading some of the most terrifying stories that the Internet has to offer, known as creepypastas: the Slenderman, Jeff the Killer, Laughing Jack, NES Godzilla, plus many, many more. Each one of these stories contains scenes of graphic mutilation, disturbing twists and endings, imagery that would make any normal person shudder with disgust at, and body parts in places they most certainly shouldn’t be in. If you weren’t going to sleep then, you most certainly aren’t going to sleep now. However, as the time goes on, you find yourself drawn to more and more stories, clamoring for more and more bloody details, more disturbing imagery, and more unsettling feelings in your stomach, after all, it’s not like you’re going to sleep anyway.

Creepypastas contain such intense scenes of graphic imagery and violence that they have gained national fame in 2014 when two Wisconsin girls were accused of trying to murder their friend to appease the Slenderman. The incident has sparked national interest into the phenomena of creepypastas and the effect this kind of violence has on people. In response to the incident, the administration at the creepypasta wiki has condemned the incident, saying that the website does not promote or advocate such actions based on written Internet works and that the sole purpose is to “unnerve and shock the reader.” Yet, if this is so, then what is the appeal of such stories? And more importantly, why are we drawn to violence if we know that it is bad?

The question has been around since the days of Ancient Greece as boxing matches and tragic plays were becoming more and more popular with the masses. According to Aristotle, observing these spectacles from a safe distance can help us reduce our tendencies to violence and allows us to emit bad emotions from our minds. It can also help our bravery and make us better people with the expulsion of those bad thoughts and feelings. In centuries following, as forms of entertainment became a bit more gruesome and executions were open to the public, more and more people flocked to the gladiator arenas, watched public executions, and even set up picnics by battlefields, to expel those bad emotions, or was it for something else?

The 20th century Swiss philosopher, Carl Jung, coined the term the “shadow self” in order to describe the dark side of ourselves. The shadow self is the section of our personalities that we keep tucked away from everybody else and is the part of us that relishes in violence, takes pleasure in the misfortune of others, and secretly craves the violence we see every night on the news that our normal selves wouldn’t hesitate to condemn; the same applies for creepypastas.

Creepypastas in themselves go far beyond that typical campfire ghost story, “and nobody was ever heard from again” troupe, these are stories designated to shock the reader in ways that not only scare us, but even make us question all that we know. These stories are often based on urban legends, and are written and submitted by people who have the inspiration or the knowhow to write and properly scare people. It goes without saying that the quality of some of these creepypastas are better than others, but the gist of them is to scare and shock the reader as much as their sanity will allow; and what better way to appeal the shadow self than to get some of that sweet catharsis by reading about somebody being ripped to shreds?

Some creepypastas may be horrifying on their own, but as humans, we are not entirely good, nor are we entirely evil, we all have that dark side of ourselves that we wish we didn’t have, but it’s there whether we like it or not. We need something to feed it, and something to keep it at bay, lest it gets out and wreaks havoc on society. No matter how awful the topic may seem, it is always within our curiosity just to see how bad it could be, and just how far we can push our limits when it comes to these kinds of things. Case in point: The Russian Sleep Experiment.

This is a creepypasta that takes place in the USSR shortly after WWII, and is about a scientific experiment gone horribly wrong. The story introduces us to five political prisoners who have been subjected to testing out a gas that is said to keep people awake for upwards of two months and will be locked in a chamber for those two months. When the gas is sprayed in the chamber, it doesn’t seem to have any effect on the subjects at first, at least until the fourth day when the subjects seem to exhibit symptoms of paranoia and insanity as one of the subjects screams until his vocal chords tear. The windows into the chamber are covered by defecated on newspapers, and when guards are called to enter the chamber they find that the prisoners have torn each other apart and are eating themselves. The guards are then called to kill them, but the subjects, escape the chamber and kill five other guards, and gravely wounding three. Eventually, the prisoners are killed, and the last recorded words of the dying prisoner are “So…nearly…free.”

Believe it or not, as horrible and gruesome as the story may sound, this isn’t even half of it; it is one of the most viewed and loved creepypastas on the Internet. The subject of this sleep experiment is one that people took a grave interest in, going even so far as to debate whether this particular experiment, or something similar, really happened or not. This all leads to the question of why people like these kinds of stories so much, and why we have become so obsessed with the violent and macabre?

As mentioned before, the shadow self of our personalities are the dark sides of ourselves that we keep hidden away from everybody else, but once in a while, we need that satisfaction to keep it at bay. For some people, creepypastas–and other instances of violence–help to create that sense of catharsis and act as a safety valve for the stress we all feel in our lives. Of course, the dispute of violence in the media is one that has really been gaining attention as of lately, and is one of those topics that will vary based upon the individual; for example, those girls who tried to kill their friend for the Slenderman. Not enough research has made a definite conclusion on whether violence in the media or real world violence is connected, but for the moment the most impressionable demographic to fit the bill of violence would be children and adolescents 12-17. However, there isn’t a doubt that any parent would want their children to be exposed to these kinds of things if they know what a creepypasta is.

As for violence, few incidents have been reported of any violence stemming from these creepypastas; if anything, their disturbing content should be enough to persuade people not to engage in these kinds of activities. The appeal on its own should is enough to satisfy a person’s morbid curiosity, and when they have decided that they’ve had enough, their shadow self feels satisfied and subsides until the next time they need to have their catharsis stimulated.

So dear reader, the next time you hear someone talking about that Netflix documentary “making of a murderer,” or that Internet story about the “Skin Grafter,” just remember that these are ways people blow off steam. It may be different, or unconventional, but it could be worse… Someone could be twisted enough to actually perform the Russian Sleep Experiment (if it hasn’t happened already, that is).