What patterns do Disney villains follow and what does it mean? 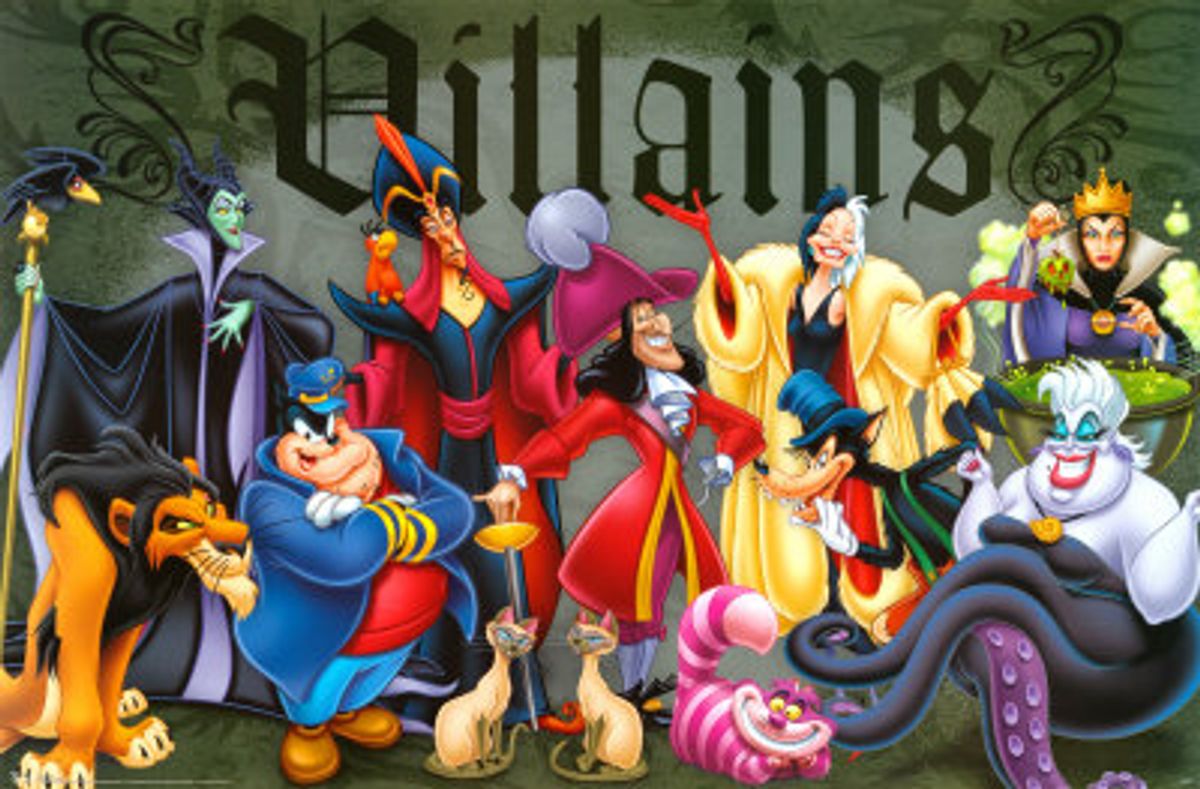 What do Jafar, Frollo, Dr. Facilier and Captain Hook all have in common that Gaston, Clayton and Syndrome don’t? They were all created using the Ugly + Thin formula.

In the world of animated, human (or humanoid) Disney villains, there seems to be a pattern in the way the characters were designed. The villainous men of Disney fall into five categories: Handsome, Ugly + Buff, Ugly + Fat, Ugly + Thin, and Short. The women fall into three: Beautiful, Ugly + Fat, and Ugly + Thin.

Out of a selection of Disney villains, here are the categories each belong to:

But what are these design themes saying?

Well, for one thing, Disney using certain formulas to denote villainy – especially for certain types of criminal activity – is a little too similar to Cesare Lombroso’s concept of criminal atavism, the modern birth of criminal profiling. This 19th century Italian criminologist believed that if one was a criminal, they were born that way because it was in their biology and physical attributes. Some of the attributes include a protruding chin, a receding forehead, a beaky nose, high cheekbones, a thin neck, excessive or diminished height, bushy eyebrows, tattoos and masculine-looking women. Any of these look familiar?

Disney showing kids that bad people can come in all shapes and sizes is a good thing. Abuse and danger can come from the people who are supposed to protect you, say they love you, or say they’re trying to help you. However, using the same formulas for almost all of their villains could be conditioning children to profile people with these types of looks. Not every tall, thin man with a protruding chin is trying to deceive people. Not every heavy, masculine woman is trying to murder people. Not every stepmother is evil.