The Prices of your Disney Souvenirs Can Be Magical Too

The Prices Of Your Disney Souvenirs Can Be Magical Too 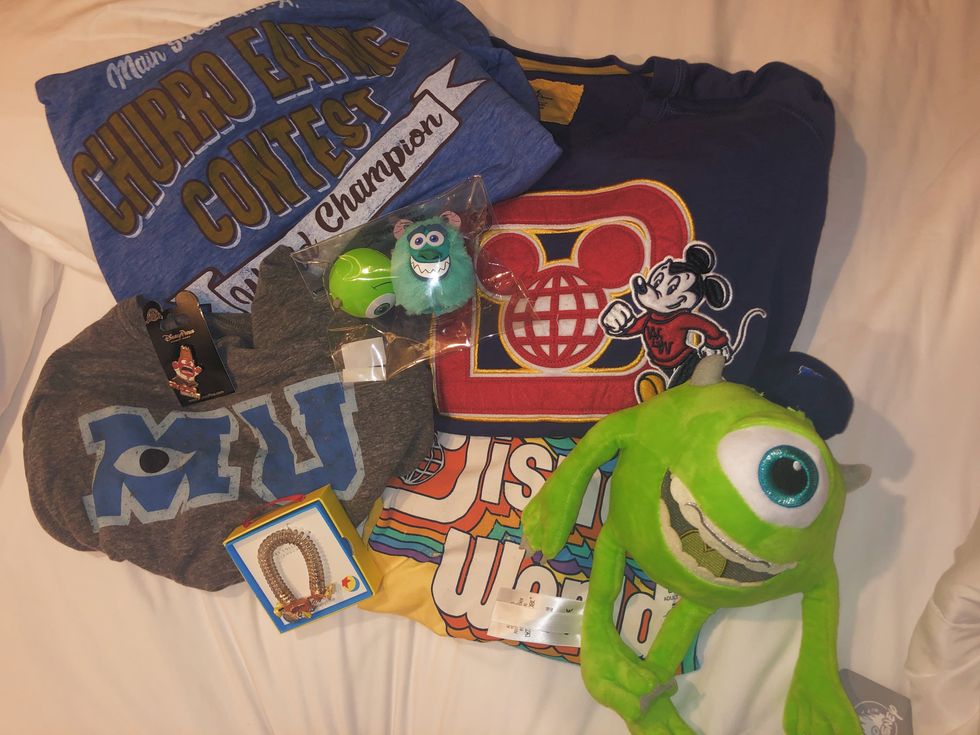 When you think of Disney World, huge dollar signs probably pop up in your head, right after Mickey Mouse and friends. There's a good chance you have probably spent over a hundred dollars, or maybe a few hundred dollars, on souvenirs during your Disney World vacation. What if you didn't though? What if Disney merchandise was cheaper? It is, at Disney's Character Warehouse.

Disney's Character Warehouse has three locations throughout Orlando. The merchandise found in these stores is not discounted merchandise, but overstock. All of the items found in the store either have been in the park at some point or could even currently be sold on shelves inside Walt Disney World.

At Disney's Character Warehouse Vineland Premium Outlets location, I purchased this hooded long sleeve shirt for $12.99. It is also sold in the park for $34.99.

One thing you'll notice in any Character Warehouse location is how many people have their phones out. Many people who shop regularly at Character Warehouse actually buy and resell the merchandise for even higher than what it costs in the park. The Main Street U.S.A. Churro Eating Contest World Champion hoodie pictured above is currently being sold for $66 online.

I purchased the retro Mickey Mouse sweatshirt pictured above for $14.99, sold in the park for $49.99. While this was one item that was limited in sizing, you may find that you don't mind to size up in something when the price is well worth the product. This sweatshirt features two embroideries, one large one on the chest, and one small one on the left sleeve.

I purchased this Monsters University heather gray athletic tee for $12.99, sold regularly for $29.99 in the park.

Almost every item in Character Warehouse stores is sold at a discount of fifty percent or more, and you'll find more than just clothing. Character Warehouse is a great place to go to get a head start on your Disney trading pins. At the Vineland location, they only had pins from the Solo: A Star Wars Story film, but at such low prices, someone who wasn't a Star Wars fan could've bought them and traded for other pins in the park. Character Warehouse also has lots of baby items, action figures, and plushes.

I would say the most interesting finds at Character Warehouse would be their collection of Loungefly and Dooney & Burke handbags, and Alex and Ani bracelets. To prevent handbags from being sold at outrageous prices online, Character Warehouse limits them to one per customer per day, and their Alex and Ani bracelets are not on display but you may ask to see them at the register.

Next time you find yourself in Orlando on your way to the capital of magic and happiness, don't spend more money than you have to on the things you bring back home. Visit discount and overstock stores to make the most out of your Disney vacation money.