What Disney, My Dog, And Divine Love Have In Common
Odyssey

What Disney, My Dog, And Divine Love Have In Common

How love changes us and how love sustains us. 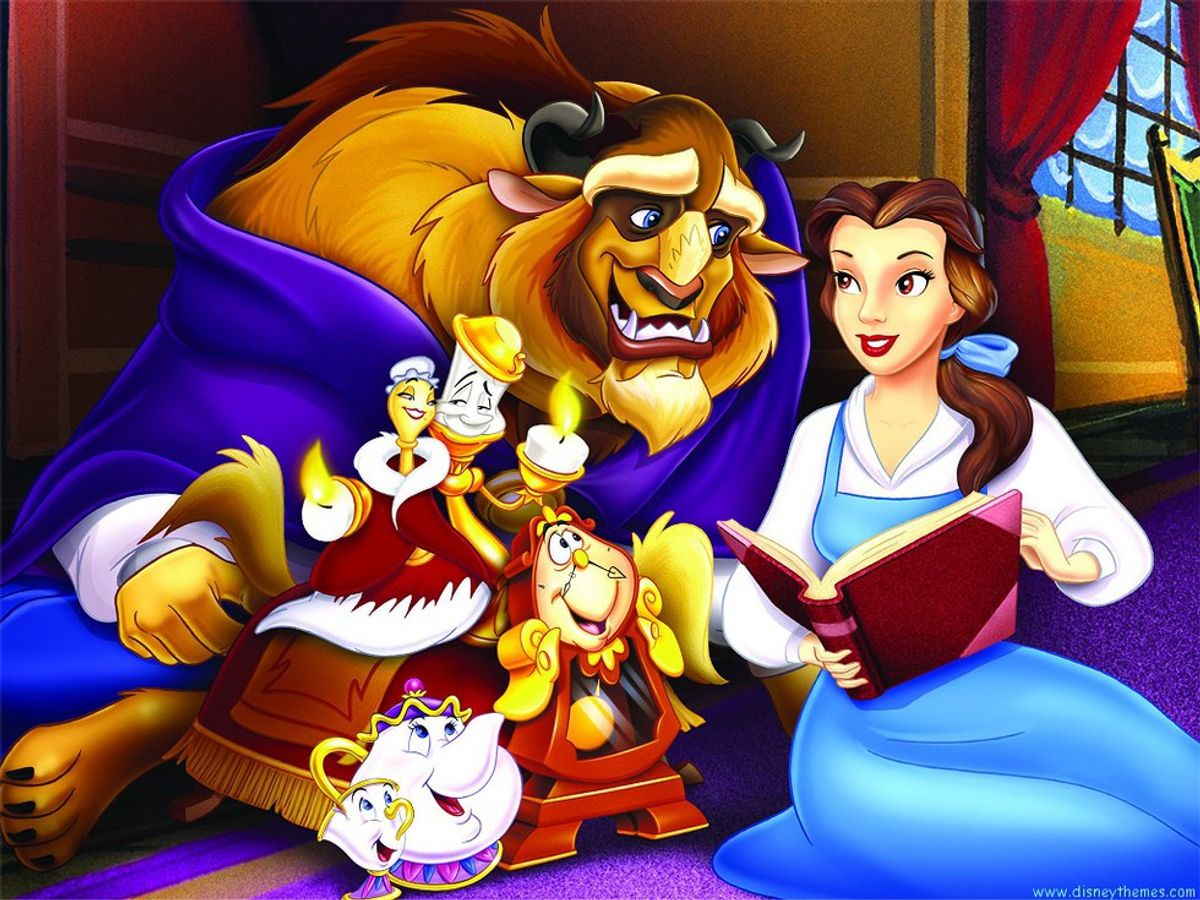 If you were to walk the two flights of stairs to my apartment you would be greeted immediately, not by me or my roommate, but by Lucy, the freckly ginger dog I call my own. Her ears would perk at the sound of your footsteps and she ran to your side to sniff you, partially out of caution and partially out of excitement. Once you were deemed acceptable in her eyes (you would never not be), she would then sit at your feet and demand to be affectionately scratched on the head. She might offer you a toy to play with, depending on your gender, or more than likely, she would be just content to sit at your feet and be in your presence.


Like any good literature nerd, I named my dog after a book character: Lucy Pevensie from The Chronicles of Narnia. The dog shares some qualities with her namesake. My Lucy is inquisitive due to the hound nose from a Beagle mother but she is also steadfast and heeds the call like a good retriever, her father, would. But if I am being honest, Lucy most resembles another fictional character, Belle from Beauty and the Beast. And this not because of her propensity to devour literature (as my dog once did).

Belle's story is one of love that changes and love that heals. She is an outcast, beautiful but undervalued in a world that demands conformity. While Gaston notices her, he never knows her; in fact, not one person in her village really knows her outside of her family. She is thrown into a whirlwind of danger and chooses to act as redeemer, taking on her father's punishment for the rest of her natural life. And she is only 19, so she will have to live with this decision for decades.

Here we have this Beast, who has entombed himself in self-loathing and bitterness. He is shown kindness but only from those who fear him. He knows what is. Before the Stockholm Syndrome argument comes up, I would like to say that this is not what happens. A victim of Stockholm Syndrome is more or less conditioned to view the abuses of a captor as affections without the captor changing. Belle is A. in the Beast's castle of her own volition and B. not interested in him until he begins to change. He rescues Belle from peril, and she open up the floor for friendship and communication. Belle's kindness slowly chips away at the hardness in his heart. She is filled with love and compassion for him, knowing he is not who is meant to be and lovingly helping him to that place. Glen Keane, head animator for the Beast, sees the Beast's transformation of an extension of divine and redemptive love, an agape love.

I see my Lucy in that. To some jerk who lived on Cooper St. in Jackson, my dog was an unloveable thing, a lawn ornament and a nuisance. A vessel to collect fleas and ticks and to hurl abuses at. Her name was Autumn, but she was called that so infrequently that she never responded to it. And when she was brought out of that place, she had no idea what would happen next. After strangers gave her a flea dip and took care of her, she met a strange woman whose eyes locked from across the room as the woman approached Lucy, Lucy greeted her with an eager kiss. That woman was me.

A weekly later, the day I brought her home, she, without hesitation, leapt into my bed and curled up at my feet. I didn't think much of it except to laugh at it. But now I know what an amazing moment that was. This dog, who had known nothing but neglect and abuse, accepted and gave love freely. She continues to do that day in and day out. She does so without reservation or second thought. And she gives it to every human she meets, regardless of who they are.

The day of the San Bernardino mass shooting, sensitive soul that I am, I sat on my upholstered chair and openly wept, questioning the cruelty of man towards man. Lucy rushed to me and tried to get jump into my lap, but the chair was too small. So Lucy stood on her hind legs and wrapped her forelegs around my waist. She nestled her in head into my chest, and we sat like that for half an hour, as the heaving sobs died into a quiet contemplation and eventually acceptance.

A friend I was reconnected with met my dog a few months back. I explained a little of Lucy's life story to her. My friend followed it up with "What an amazing story of redemptive love!" She meant my love towards Lucy. But I truly believe it is Lucy's love towards me that is redemptive. I am blessed to come home to two brown eyes, a white chest patch, and frantically wagging tail and to call that thing "love."