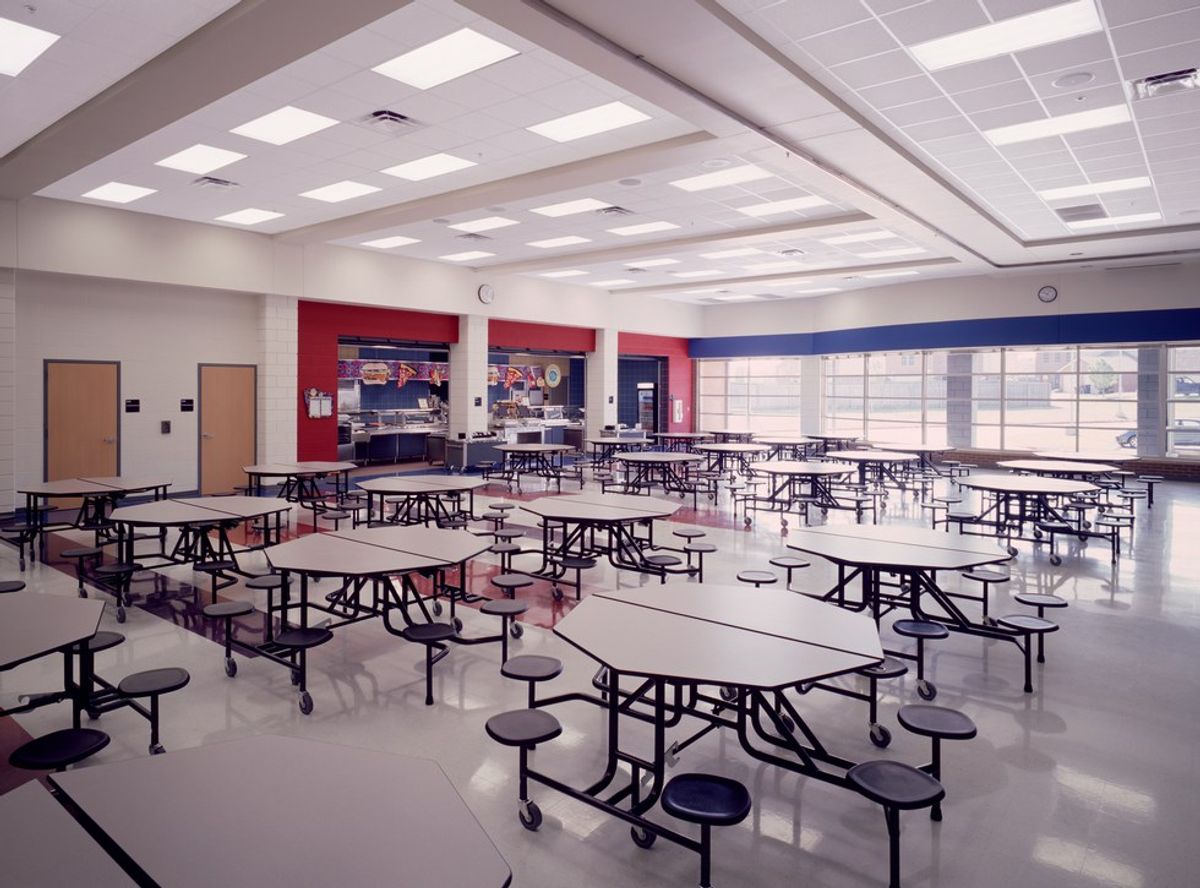 “Thanks, have a good day!” I smile and nod in reply as I take my student ID card back from the woman who swiped me into the cafeteria. I grab a tray and begin to peruse.

My first stop is the international station. This is the one station in the cafeteria that puts something different out for each meal. Today, it’s pork loin. I take two slices.

On the way to my next stop, I pass the dessert bar and the pizza station. The dessert bar has cookies, as usual. Sodexo will sometimes put out other things, but we usually just get cookies. They’re pretty tasty, to be honest. It’s one of the few things that the cafeteria consistently does well.

Related: What Not To Say To A Picky Eater

The pizza station is self-explanatory. Sodexo’s pizza is extremely hit-and-miss. Some days it’s decent, but it often leaves me disappointed and slightly nauseous. They enjoy putting random things on their pizza. Every now and then, I’ll see a pizza topped with the pasta they served three days previously. I see what you did there, Sodexo.

I walk over to the grill. Their standard burgers, grilled chicken and cheese quesadillas are out for people to take. I avoid them, knowing full well that they probably won’t be too appetizing. I help myself to some fries, though, since Sodexo actually makes some pretty delicious fries.

I’m on my way to the soda fountain. To my right is the sandwich bar. It works like a Subway; you tell the worker what you want on your sub, and he/she makes it for you the way you want it. Depending on who is working, your sub might be really good or really bad. It would be better if they still offered bacon as an option for sandwiches.

Next, I pass the salad bar. I avoid it like the plague. Salads aren’t my thing. On the other side of the sandwich bar, a brand new waffle maker sits proudly, offering an alternative to Sodexo-cooked food.

I’ve had too much sugar today, so I forgo my usual glass of Mountain Dew and instead get water. I head over to the table where my friends are sitting and prepare to eat my food.

My fries, as usual, taste pretty good. I try the pork loin. It’s better than expected, but it’s still not all that great. I add some salt to it, which remedies the problem a little bit. At least it’s not dry; that’s always the worst.

All in all, it’s somewhat disappointing. Just another day in the cafeteria. That’s usually how it goes. Every now and then I’m impressed…but it’s not often. It’s a good thing I love my school. Otherwise, I don’t know how long I’d be able to stand the food. Granted, my parents are both excellent cooks, so I grew up with great food.