If I Die in a Mass Shooting, Here's What I Want You To Know
Odyssey

If I Die in a Mass Shooting, Here's What I Want You To Know

I wanted to tell you all of these things in case it's too late. 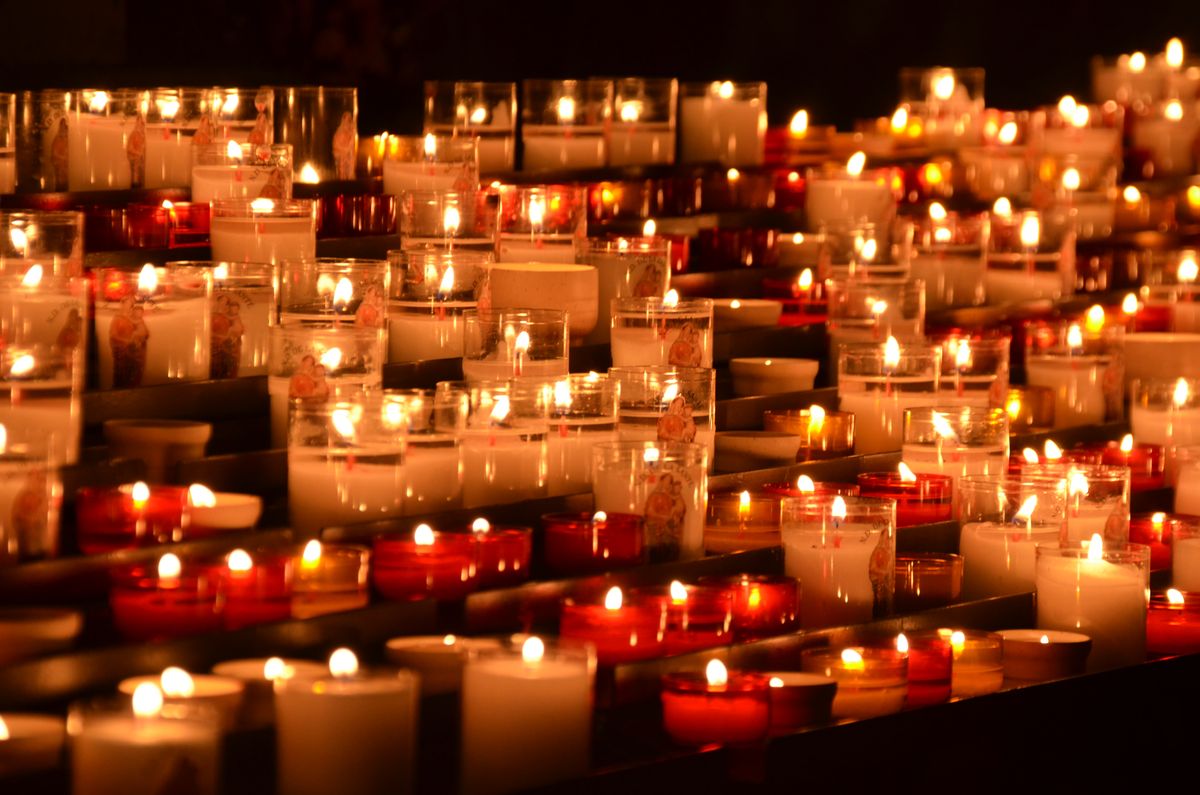 If I die while attending a concert, I hope the band gets through the first half of the set. I'd want enough time to get into the music, post a fun video of me lip-syncing on Instagram or Snapchat, something that leaves a happier final impression than my body’s end. I pray that if I go with friends, they live to see the next day. If I'm lucky, it'll be too dark for them to see what the bullet wound looks like inside me as I hit the floor. I hope I called my family before I got to the venue and remembered to say, “I love you” before I hung up. I'd like to think the performer would use the last song they played, the song now permeated in the minds of all those survivors, as a form of strength and unapologetic love and resilience for years to come. I pray that my memory lives in that melody and not just in a political debate.

If I die while at my university, I hope it’s during a course I actually enjoy. I wouldn’t want my last moments on this earth to be spent calculating an equation that holds no purpose to me or my aspirations. I’d like to feel like I was working towards something. I would want it to be during an intimate moment, such as the middle of a Creative Writing workshop inside Parlin Hall or during a discussion in a Latino Studies class, where I felt accepted. Amongst those with similar aspirations and drive, I wouldn’t die alone. I’d live my last moment doing exactly what I’ve worked my whole life to enjoy.

If I die while teaching a classroom of students, I hope my kids are spared. When I entered this profession, I knew there was a chance I would have to die for them one day. In the end, I told myself that was okay because I had already chosen to dedicate my life to them. I have so much faith in the adolescents of today, and I love the community I serve with all of my heart. I’ve replayed time and time again what I would do if the dreaded moment came. I would only hope that any form of distraction I could cause would give them time to escape. I pray they would remember me not as a hero that saved their lives, but as a motivation that inspired them to use the tools I taught them to give their speech power outside the institution’s walls.

If I die while attending Mass at church, I hope I will have made peace with my faith, for it’s been tested for some time now. I would like to be in the presence of an accepting community that is truly united. I’d pray that the last scent my nostrils inhaled would be the smokey incense wafting through the church rather than my own blood. I’d hope my memory would not live in vain through conspiracy theories of the attack’s validity. I hope focus is not turned on my own reputation rather than that of the society that permitted my killer to become a murderer. I dare to dream that there will be more than prayers made in my memory, for I can assure you the people on that holy ground would be closer to the ear of God than those that kneel quietly on the earth, and even as I return to dust, I will not be silenced.

If I die at the hands of a person of color, I hope my body will not be used to fuel racist agendas and immigration debates. I entrust those that knew me well enough to not allow my name to be used in vain to punish mi gente, the people like me, for speaking in different tongues or burning too brightly when the sun kisses their skin. I’d like to think those that point a finger would have the strength to hold their tongues from blaming the innocent, for there is a good chance the ancestors of the same individuals they shame left a land littered with bullets and corpses on the street. They can hold it even longer before speaking against those of color that have witnessed the death of their people from the trigger of a gun for far too long in this country.

If I die at the hands of a “good guy,” I hope my death is not justified simply because my killer had good intentions. Self-defense should never come at the price of the innocent. I hope they know that I always agreed with their rationale: guns don’t kill people, people kill people. People that choose money and privilege over other lives, that bow to greed rather than stand for the less fortunate. Because people are complex, naive, and selfish beings who somehow think they have control over the chaos in this world.

If I die after being defended by a “good guy,” I hope he knows despite my stance, I am grateful. In spite of the excuse I know our story will offer to discredit the many other lives lost from gunfire, I don’t consider my defender the problem. I was educated to believe that restriction of any kind is a form of oppression. Whether it be the fear of a young, literate woman with a pen and paper, or the fear of a grown man defending his family with a gun, lack of access purposefully initiates compliance and dependence from those that were once considered a threat to a certain way of life. It is through education, responsibility, a humble demeanor, and an acknowledgment of reasonable necessity that I can agree with the access to almost any moral resource, including guns. For it is only when these qualities are neglected, as they often are now, that an abuse of resources becomes dangerous.

If when I die, a corrupt politician dares to reach for my grieving family’s hand, I hope it is twisted until every cent they have made off of the NRA falls off their body, replaces the dirt that covers my casket and fills the six feet of earth I am placed in to the brim. I would like it to remain a stunning visual, a glorious form of art witnessed by all that believed they were fighting for protection, when in reality, they were fighting to fill the pockets of wealthy men and women who couldn’t really care less.

Lastly, if I die here today, in the world I have witnessed, know that I will die disappointed in the humanity I leave behind. For I know my killer cannot blame his spike of rage on a single factor, despite how ferociously others will look for one. The fault does not lie on his parents, on social media, on violent video games, on bullying, on unaware friends, on neighbors, on peers, on policemen, on mental health workers, or even on God. It lies with all of us. For this reason, I will die with the weight of another soul lost to the horrors our humanity has created from selfish intentions. I refuse to believe that innocent children are born to be killers. As much as we like to hate the evil we see in the faces of these murderers, it is our own egoistic character that permits it to unfold. It’s inexcusable, it’s horrific, and it’s not your fault. But it is.