Are Beyoncé and Coldplay Appreciating or Appropriate India In Their New Music Video?
Odyssey

Are Beyoncé and Coldplay Appreciating or Appropriate India In Their New Music Video?

“Hymn For The Weekend” threads the roads of cultural appropriation shakily. 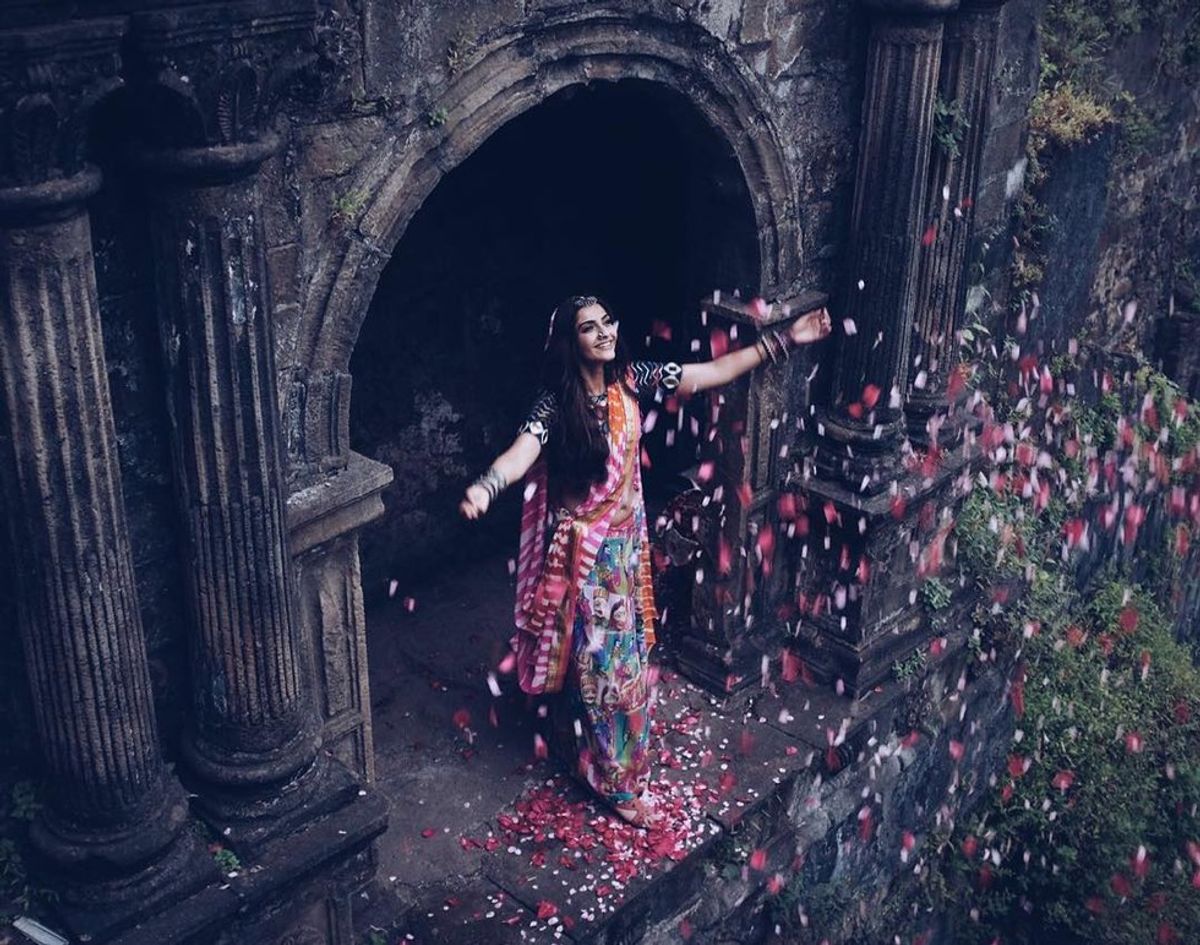 Last Friday, Coldplay and Beyoncé released the incredibly colorful but highly controversial music video, “Hymn For The Weekend”. Within a few hours, heated debates ensued on Twitter regarding the cultural appropriation element of this music video.

As someone of Indian (Desi) origin, I do believe that the video takes part in cultural appropriation, especially during the montages of India’s streets, suburbs and cities. However, at the same time, I can understand the ‘cultural appreciation’ argument to this video because it showcases South Indian dances and acclaimed Bollywood actress, Sonam Kapoor towards the end.

The biggest form of cultural appropriation in this video lies in Beyoncé’s portrayal of a Desi actress and the stereotypical montages of India’s slums. The first few shots in the video tend to focus so much on the exoticism, that it paints India in a ridiculously imperialistic and old-fashioned light.

In a nutshell, what the video reduces India to is: 24/7 Holi, people living on the streets or in squatters, people riding on Indian motors, little kids playing puppet shows and jumping into the water for a swim.

Whilst it is perfectly fine to highlight the fun, colorful aspects of a culture, Coldplay’s video forgets to add four to five shots of the contemporary India now, complete with sprawling skyscrapers and homes, a billion dollar entertainment industry and Instagram-worthy beaches.

Yes, India still possesses a poverty issue and many are still stuck in the slums.

Yes, India does have a vast sea of historical palaces to shoot in.

Nevertheless, Indians celebrate Holi only once a year to usher in the New Year and don’t all watch films in old-fashioned theaters like the one featured in the video. By honing in on these specific features of Indian culture, Coldplay makes it clear that the Western entertainment/media industry isn’t interested in truthfully depicting other cultures. They just want to maintain their perspective of culture, which is pretty simple when it comes to India:

Worse, Beyoncé only adds to this exoticism with her costuming. Throughout the video, she has henna on her hands, is decked out in an incredibly beaded gown, sings against a floral background and calls herself a Bollywood actress. Obviously, there are no rules to calling oneself a Bollywood actress. However, mixing henna (a traditional cosmetic accessory for Brides) with a modern gown and floral background like that brings up the image of her trying to fit Indian culture into Western culture and reducing it to an accessory of Western culture.

Can you see how problematic her costuming is?

Surprisingly, the video moves towards cultural appreciation in the latter half, almost as if it realizes the amount of cultural appropriation it has partaken in. Shots of bharatanatyam (South Indian dance) and the Malayalam dance are interspersed between shots of Beyoncé’s singing, accurately representing the vibrancy and elegancy of the Indian dance as it is. Finally! The truth!

Furthermore, Sonam Kapoor’s appearance in the video as a halfway-modern, half-way traditional Indian women breaks through the video’s exotic window and gives us a glimpse of what Indians were, are and will be, as well as how they perceive their culture. As Sonam stared at the sky, I felt an instant connection to her awe of Indian culture and wished she had more screening time, rather than Beyoncé. She would have made the video real.

The video seems to be stuck on a battleground between rooting for the exotic and rooting for the ‘real’ and it is interesting to see how many only want to stay in one camp, the exotic or the real. Perhaps, this is the real problem today – our struggle to hold on to our identities whilst slowly bending forwards towards Western culture.

For me, I’ll still love Holi the way Coldplay loves it. However, I’m more inclined to wear Sonam Kapoor’s saree now, too.