With 77 official Chicago neighborhoods, find your own neighborhood tailored to your interests. 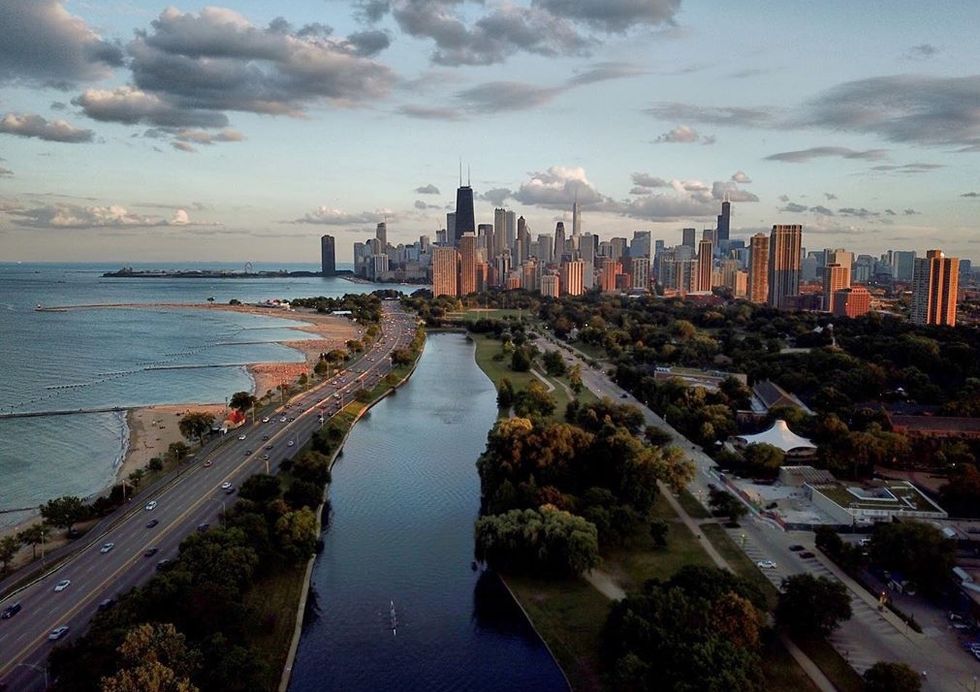 Chicago, the third most populous city in the country has a lot to offer. Miles of lake shore, stunning high rises, and an ample amount of public transportation, Chicago is ideal for the bustling college student. Chicago has many nationally recognized universities: DePaul, Loyola, University of Chicago, just to name a few. With so many neighborhoods, students may get overwhelmed when choosing to live off-campus to which neighborhood best suits them. How is a neighborhood desirable for college students? Location, public transportation, and attractions are some of the factors that will be explored. Here is a list of 10 desirable Chicago neighborhoods college students love when going to college in Chicago:

From the endless vintage stores, thrift stores, lively art scenes, and plenty of bars and restaurants, Wicker Park has it made for college students. Besides all of the fun and excitement Wicker Park is so accessible through public transportation. Commute to downtown by taking the Damen blue line stop. Also, the North Avenue, Damen Avenue, and Milwaukee buses will take you to other parts of the city.

Nestled just southwest of the loop is University Village. This neighborhood is located where the University of Illinois-Chicago (UIC) is at. This neighborhood is ideal for college students who attend UIC. For public transportation the UIC-Halsted, and Racine Ave stops on the blue line are ideal for going to downtown. Also, commute to other parts of the city by taking the Dan Ryan, or the Eisenhower expressways with a quick car trip.

Perhaps one of Chicago's most recognized neighborhoods is Lincoln Park. DePaul University is at the center of this neighborhood with an ample amount of public transportation. Commute to your internship downtown or to class by using the red, brown or purple line: Diversy,Fullerton,and Armitage are the CTA train stops found in this neighborhood. From the many charming apartments, boutiques,bars and coffee shops, Lincoln Park has it made for college students. The lakeshore also borders this neighborhood, and of course Lincoln Park, the park this neighborhood is named after.

Home to the Chicago Cubs and a sub-neighborhood of Lakeview, this area has many bars, and restaurants. Ideal for the college student who likes to have fun and socialize. Clark Avenue has a mile full of bars, restaurants, and clubs. The Addison and Sheridan CTA red line stops are found in this neighborhood.

Walk about eight minutes east towards the lake from the CTA Addison red line train stop, and you have reached Boystown. This friendly sub-neighborhood of Lakeview is an area where the LGBTQ community was one of the first in the country. The annual pride parade attracts many supporters. With its lively clubs and restaurants, this is the place for college students. Addison, Belmont, and Sheridan are still accessible from here, and are all about a 10 minute walk. The Halsted bus is ideal for commuting as well and is the center of this vibrant neighborhood.

Located just south of University Village sits Bridgeport. This neighborhood is in close proximity to UIC, Illinois-Institute of Technology, and many other colleges in the loop making it an ideal neighborhood for a college student. Although quite a march to the Sox-35th CTA red line stop, the Halsted bus runs through the spine of the city. Also, Sox fans will cheer on the team as they verse another team at Guarantee Rated Field.

Washington Park sits in the middle of the neighborhood, and it is home to the world famous University of Chicago, an elite school that has an outstanding reputation. Many students and professors live in this neighborhood, and this is the area where former president Barack Obama grew up. With its tree lined streets, and historic buildings, this neighborhood has a vintage charm to it. Plenty of the CTA green line stops are found near this area and buses can take you west to the red line.

Do you love being in the hustle bustle of the city, but is it to busy for you? If so South Loop is a perfect neighborhood for college students. This neighborhood is still being developed, and is located just south of the loop as the name implies. Many coffee shops, restaurants, and the lake are all walking distances from each other. Get many pictures of the skyline, and with its location on the outskirts of the loop, public transpiration is still plenty. One stop that includes the orange, red, and green line is the Roosevelt stop.

Rogers Park is the ideal neighborhood for someone who attends Loyola University. Located way north of Chicago just south of Evanston is where Rogers Park is located. Although trips to downtown on the CTA red line is about a 40 minutes commute, plenty of stops are found including Loyola, Morse, Jarvis, and Howard. Loyola Beach is also a gem, and is less crowded than the city beaches. If you are looking for a neighborhood away from all the hustle and bustle, Rogers Park is for you.

This small neighborhood found at the end of the brown line is at an ideal setting. It has plenty of local restaurants, and provides a classic, almost small town atmosphere. Away from the city, but truly still apart of Chicago, Lincoln Square and Ravenswood is a short commute to downtown with the Montrose, Damen, Western, brown line stops. An added plus, the rent is cheaper here than many Northside neighborhoods.