Democrats Need to Try Harder, and Do Better, If They Wish to Remain Relevant
Odyssey
CurrentlySwoonLifestyleHealth & WellnessStudent LifeContent InspirationEntertainmentPolitics and ActivismSportsAdulting
About usAdvertiseTermsPrivacyDMCAContact us
® 2023 ODYSSEY
Welcome back
Sign in to comment to your favorite stories, participate in your community and interact with your friends
or
LOG IN WITH FACEBOOK
No account? Create one
Start writing a post
Politics

Democrats Need to Try Harder, and Do Better, If They Wish to Remain Relevant

Democratic politicians need to start fighting for their constituents more, if they expect continued support in 2018. 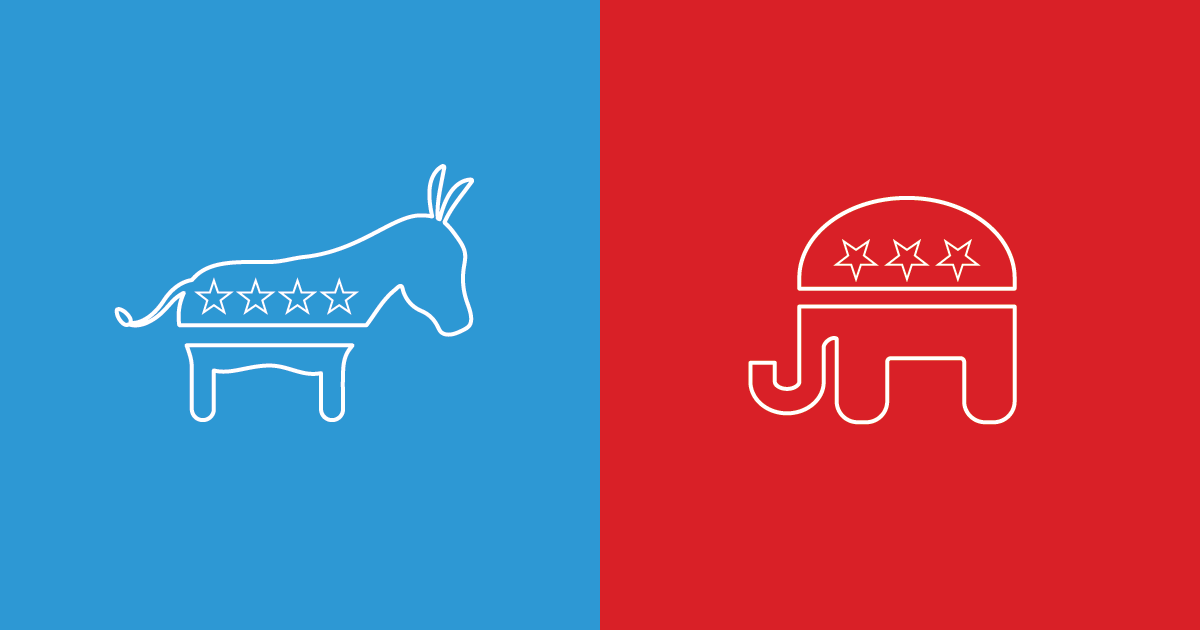 In their current sorry state, there’s little the bruised and battered Democrats could’ve done to prevent this monster of a tax bill from being passed. The GOP is in control of both the House and Senate, and for the time being Trump remains relatively in control of the White House, though it’s debatable just how in “control” of anything a man as unhinged as Trump can be.

So yes, there was no real way of stopping the hastily cobbled together tax bill, as many of our representatives barely got a chance to read the damn thing before voting on it. Perhaps if the Republicans had not been so hasty in getting this bill passed, they might have realized they accidentally cut some of their donor’s most prized corporate tax deductions. But alas, the GOP needed a win, and they were able to pass the tax reform bill 51–49.

In response to this, many of what remained in the Democratic leadership were quick to denounce the bill. Chuck Shcumer, the Senate Minority Leader, scolded the Republicans about how the tax reform bill was “…chock-full of special-interest giveaways.” and how it was “… given to lobbyists to read and change before senators saw it”. He even went the extra mile and summoned up the now long rotten corpse of Ronald Reagan, every Conservative’s wet dream, in a vain attempt to make Republicans look or maybe even feel like hypocrites. Schumer was quoted in saying:

“In 1991, Trump told Congress that Reagan’s 1986 tax reform bill was an “absolute catastrophe.” If Reagan were here today to learn about Trump’s tax plan, I think he would return the sentiment.”

Wow, what strong, made up statement from our 40th president! Thanks Chuck! If there’s anyone that I, someone who for some reason continually votes for Democrats, loves hearing from it’s Ronald Reagan! In Chuck’s defense though, he wasn’t the only Dem to channel Reagan after the reform bill passed. My news-feed, both on Facebook and Twitter, was dominated by pictures and quotes of Reagan, all seemingly in an effort to make GOP lawmakers feel an ounce of shame.

First of all, Ronald Reagan is simply way too busy being dead/in hell to care about this tax reform bill. Second of all, Democrats should not be championing Reagan at all, even if they’re trying to detract from the Republicans. Ronald Reagan was an awful, evil man whose name only needs to be brought up when we talk about awful, evil things.

The thing is, Democrats in Congress and the House need to stop trying to shame their peers from the GOP at all. All they’re doing is wasting their breath, as Republicans have time and time again shown that they have no shame. Schumer and the rest of the Democrats are trying to enforce morals and ethics on people who have none, nor have any use for them. If these Conservatives in office were capable of caring about anyone but their donors and themselves, they wouldn’t have created this bill in the first place.

Democrats, Schumer and Hillary Clinton in particular, love talking about bipartisanship and compromise, and their constant shaming of the GOP stems from this. They bemoan a bygone era where both Democrats and Republicans worked together, side by side and hand-in-hand, to deliver policies that everyone agreed on, despite the fact this era has never existed. Their biggest issue with the Trump tax reforms is that they didn’t get to collaborate on it, or “clean” it up as Schumer puts it. They seem to fail to understand that neither the Republicans, nor the voters/constituents from their own party, want to compromise.

We need to get rid of this belief our party seems to have that aiming for the middle is the best way to encourage progress. We keep shooting for the center and landing on the right. Republicans are going to fight tooth and nail against anything those of us on the Left want, regardless of whether or not they hurt their own constituents, so we need to stop trying to meet them half way. It also does not seem to inspire confidence in our own party when most Democrats seem to be in a race of who can kowtow to the other side the most.

The Democratic Party’s continued reliance on moderation is why more and more young Americans are identifying as socialists and progressives. It’s why Bernie Sanders is the most popular politician in America currently, and why the DSA is gaining so many new members. Most importantly, it’s what ultimately caused us to lose as big as we did in the previous election. As much as Democrats want to blame Bernie, Trump and Russia on Hillary’s loss (as well as the loss of seats all over the country), ultimately it was their decision to nominate a moderate candidate that no one was excited about that caused them to lose. Considering that Hillary rigged the DNC and the primaries but still ended up managing to lose to Trump, shows just how far the Democrats have fallen.

It’s time for the Democratic party, both it’s leaders and those who support them, to do some much needed self-critique and reflection and grow a fucking backbone. Democrats need to get bold, angry and mean if they ever expect to change, much less win anything in 2018. They need to stop pushing moderation as an excuse for their failings, and actually promote some alternatives that Americans can get behind. They need to use this time to organize and come up with some progressive, forward thinking solutions (as well as some progressive, forward thinking candidates) for 2018. They need to bring the fight to the GOP, and stop making excuses or compromises.

Otherwise, what’s the point? Why should we continue to support a party just because it’s the lesser evil? Why should we support a group that promises nothing but half-measures and compromises, but can’t even deliver on those? Why should fight for a party that doesn’t fight for us?

Finally, if the Democratic party is incapable of doing any of this, then it needs to make way for a group, or groups, that can.

Nicole Marie Nigro
Individual Creator
1768
c1.staticflickr.com
Where to start...... Let me start with the cliche that life throws us curveballs and what we do with it is what counts.