The Definition Of A Culture Hound

The Definition Of A Culture Hound

An intro on adventure enthusiasts. 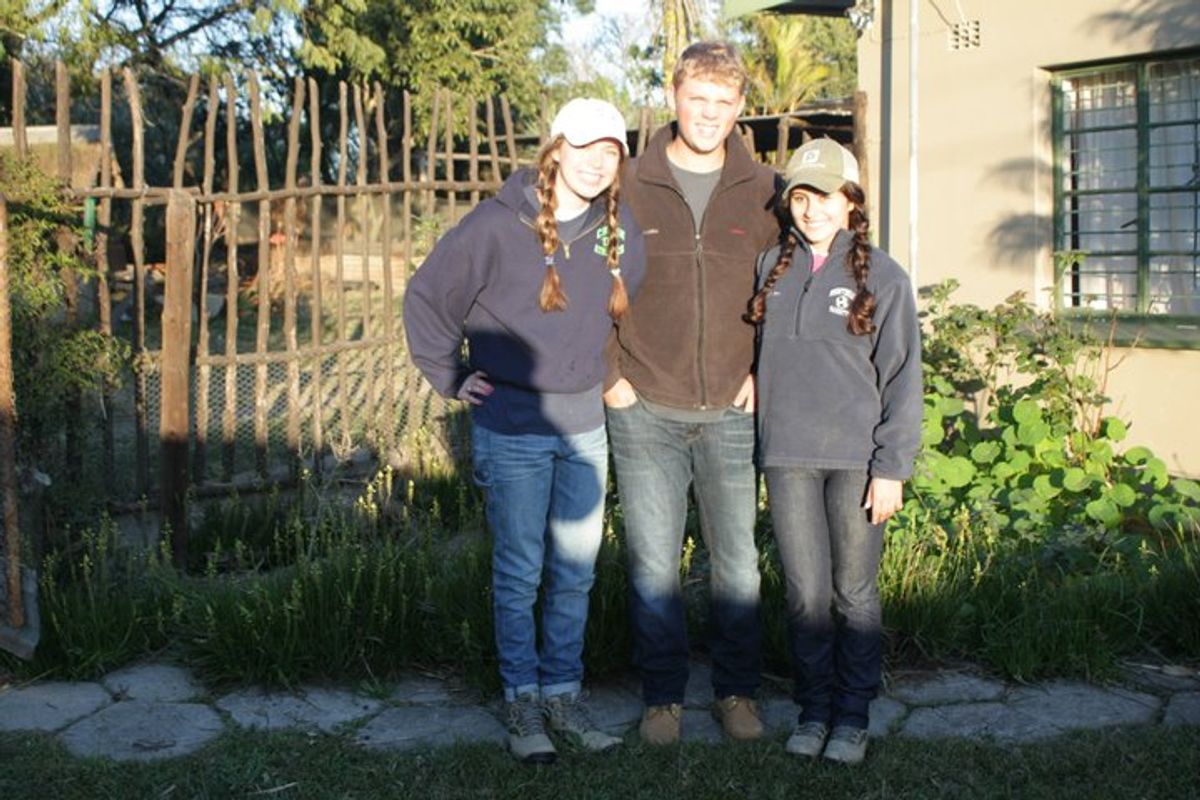 If you've been keeping up with my articles so far, you know that 1) I love to travel; 2) I love to eat; and 3) I am always down for an adventure. So, I thought I'd shed some light on my nickname (a name I'm sure most of you embody too): Culture Hound.

Before I do this, though, you need some background on me.

I’m your average 21-year-old hot mess of a college student, hailing from the greatest city on earth (if you didn’t catch that, I’m from New York City), with a serious case of wanderlust. It all began at the age of 5, when my dad picked me up one day (divorced parents, y'know?) and said, “Pick anywhere in the world you want to go and we will go right now.” I said Paris (if you asked me today, I would probably not choose Paris — too many cooler places to visit), and off we went. From then on, I traversed Europe with him and our entourage of a crazy uncle (everyone has one), a nanny, and whoever was my father’s current girlfriend at the time. We were a motley crew, to say the least.

Traveling was something I shared with my dad and, after he died, was something that I needed to continue to keep his memory alive. Since then, I have climbed Mt. Kilimanjaro, I have snorkeled the Great Barrier Reef, I have lived on farms in rural South Africa and in Tuscany, I have surfed in Brazil, I have biked all of New Zealand, I have studied abroad in Rome, I have escaped arrest in countless European countries with just a backpack, I have survived an overnight train from Florence to Vienna, I have crashed an ATV on a Greek Island, I have lived and worked in Phnom Penh, D.C., New York, and Houston — and I'm still alive. Shocking, I know.

Now let me get back to what this article is really about.

A Culture Hound can be defined as someone who is constantly in awe of his/her surroundings and seeks to soak up every aspect of any culture he/she comes into contact with. If you break down the phrase, a hound is an aggressive dog, one that, in this case, will pursue culture relentlessly. That’s me. People will say that my best and subsequently worst quality is my hunger for life; 99.9 percent of the time, I will never say no. I'm interesting, adaptable, and hungry — hungry for stories, hungry for answers, and hungry for adventures. And I am relentless in pursuing that hunger. My thirst for life is insatiable. I am always down for a new adventure.

When people ask me what I want to do with my life, I tell them honestly that I just want to learn. Since I was a little girl I have been obsessed with learning, always trying to soak up information to relay to mostly uninterested family and friends, who would often respond with the usual “mhmm,” “oh really?” and “that’s crazy!”

This love of gathering and imparting information has evolved. As I matured, my passion for learning and my hunger for life grew. When a subject captured my attention, I became totally consumed by it, immersing myself in current topics ranging from North Korea to GMOs and agribusiness, and from Mexican politics to the history of cacio e pepe (a Roman pasta dish).

My Culture Hound tendencies also include finding the best things each city has to offer and then telling everyone I know about them: best foods, restaurants, bars, clubs, museums, neighborhoods — you get it. Whenever I arrive in a new place, I walk for hours to orient myself (my feet have literally bled from this), and then I start reading up on places and talking to locals.

When I was in Rome I was lucky enough to live with a Roman student who introduced me to all of her friends, some of whom I am still friends with. Silvia, the roommate, was a springboard. I also always find a compadre. After two weeks in Rome I met Amanda, the compadre, and my traveling, eating, exploring, man-finding, and drinking buddy. The two of us were unstoppable. There were no hesitations, no inhibitions, no uncertainties. Amanda and I were addicted to having a good time and to being as "Roman" as possible.

Unfortunately, this often reckless and impulsive behavior has gotten me into my fair share of trouble. Let's take the most recent example of this. In honor of the 10-year anniversary of my dad's death, my best friend and I decided that we needed to do something "life affirming." First she suggested sky-diving, which I vetoed, and then we settled on paragliding. Have you heard of paragliding? It's when you literally jump off the side of a cliff, attached to another human being and a parachute, and pray to God you catch some wind and float down. For some strange reason, we thought that this was safer than sky-diving. The best friend went off just fine. And I crashed — attached to a 200-plus-pound man — and landed on rocks and trees and next to a hornets nest. Suffice to say, I spent the next eight days in the hospital with 10 fractures and a bed pan.

Culture Hounds may never learn their lesson. But you can always count on us to have a good time.

(Shout-out to Elisabeth for giving me this nickname; she is my art mutt.)