Why Declining Honeybee Populations Matter To Us
Odyssey
CurrentlySwoonLifestyleHealth & WellnessStudent LifeContent InspirationEntertainmentPolitics and ActivismSportsAdulting
About usAdvertiseTermsPrivacyDMCAContact us
® 2023 ODYSSEY
Welcome back
Sign in to comment to your favorite stories, participate in your community and interact with your friends
or
LOG IN WITH FACEBOOK
No account? Create one
Start writing a post
Lifestyle

Why Declining Honeybee Populations Matter To Us

They might sting, but their loss will hurt us even more. 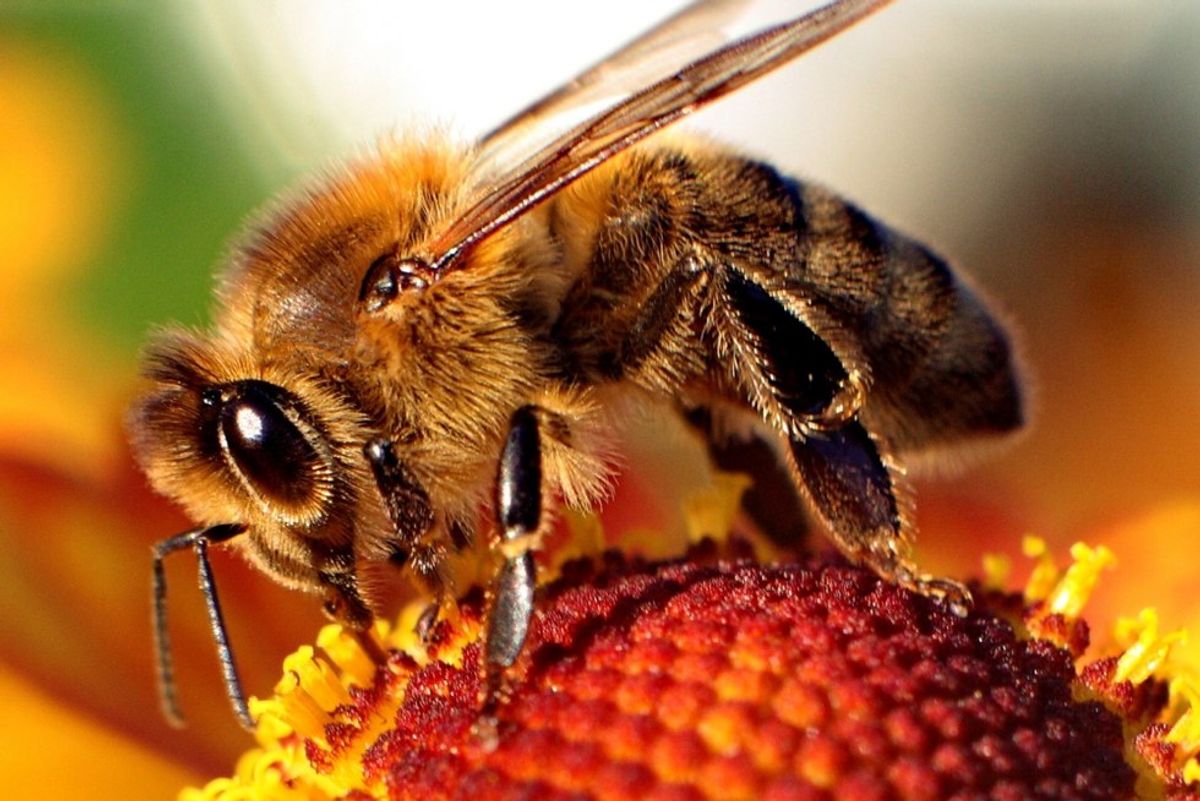 A few weeks ago, a South Carolina county took the Zika fight to the air as they sprayed part of their county down with a pesticide. The pesticide granted an expected result, and then one that ended with millions of honeybees dying. The spray operation, which was not correctly relayed to the local beekeepers, caught hives across the area exposed and off-guard, killing over two million bees. A sad and preventable story, but in the end, Zika poses a great deal of harm to humans. A few million bees is worth the trade-off, isn't it? Well, yes, and no.

A few million bees and around fifty hives are not the largest loss, but in a population that has been declining since the fifties, honeybees are not a group that can take preventable losses. According to the White House fact sheet, the last 60 years has seen bee populations in the United States drop from 6 million hives to only 2.5 million today. Commercial honeybees have also declined by 25% in Europe and 45% in the UK over the years.

Their economic impact far exceeds their colony count. In the United States alone, bees contribute to more than 15 billion dollars of agriculture; their worldwide value amounts to around 265 billion euros annually. Certain crops, such as almonds, are pollinated exclusively by bees. California, the world's largest producer of almonds, requires over half of the U.S. beehives in order to support the yearly growing season. In terms of all foods, there are reports suggesting that up to a third of what we eat we owe to pollinators such as bees. Bees and pollinators have a massive impact on the world, nearly along the lines of the post-apocalyptic worldview we were given from "Bee Movie."

No more bees mean no more honey, but also most of our produce as well.

What exactly is causing bee populations to drop in under speculation. A previously major factor was colony collapse disorder (CCD), a situation in which the majority of bees would leave the hive, with only the queen and a few bees remaining. According to EPA, this phenomenon has not been attributed to many of the hive losses in the past three years, suggesting other factors are causing the population decline.

As for the other factors, one that is suggested is climate change. The increase in temperature worldwide poses a threat in terms of the habitats of many different creatures, bees being one of them. A group of scientists used a model to simulate climate change in Brazil, with an emphasis on 10 Brazilian bee species and their suitable habitats. The simulation followed two different scenarios: an optimistic scenario, where carbon dioxide emissions rose, but not as steeply as in the second, pessimistic scenario. Their simulation determined that all but one species would have a reduction in suitable living areas, regardless of the scenario, with the worst reduction of nearly 25% habitat reduction in just 35 years.

Another, more publicized factor, are pesticides. Naled, the pesticide used in the aerial spray that killed millions of honeybees in South Carolina is facing major opposition in Miami Beach. While dangerous to honeybees, Naled is under scrutiny as there are concerns it may cause birth defects. Naled in banned in Europe, but has been used for well over fifty years in the United States. Another group of pesticides under review are neonicotinoid pesticides. Just this week, entomologist Ian Kaplan of our own Purdue University was awarded a $3.6 million grant for their research into neonicotinoid use. Neonicotinoid pesticides are effective against pests while being relatively safe to mammals. However, pesticides are never exact in their uses, and Kaplan's team hopes to learn more about their effects on pollinators and how to achieve safer and more effective pest control.

Other factors include improper handling of colonies by large, commercial groups, and the use of monoculture farms. While honeybees carry much of the load in pollinating America's crops, wild bees are just as useful. However, monoculture farms such the almond farms in California, cannot sustain a wild bee population as wild bees cannot survive on one crop alone.

There are lots of other, more pressing issues in the world right now, but the bee crisis cannot fly under the radar. A lot is riding on these little guys, and it's important to understand that we have a chance to fix this. All it takes is careful following of procedures and proper care, and soon everyone will be buzzing in relief.