A collection of tips to argue, whether you need to write a persuasive paper or win a debate, here is how to calmly prepare your point of view. 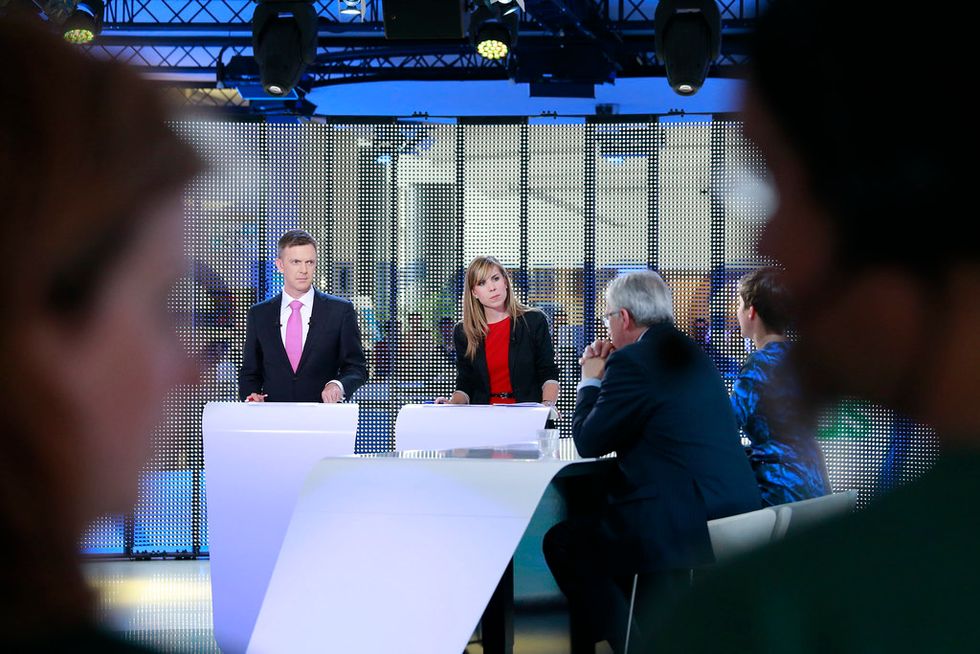 There are lots of debates involved in our conversations today. It is a major part of how we decide who to elect in government positions. It's involved in our discussions of political or spiritual views. It can even be found as we discuss what to eat for dinner. As debating maintains its role in the way we interact, it is necessary to understand how to debate. We need to know how to frame arguments, and not just when we speak, but when we write. There are multiple ways to frame ideas, and share an opinion, and below are the ways you can do so well.

First, we need to address why this is even important. Who cares if you can share ideas well, as long as you're sharing ideas. People will know what you mean, right? No. There are consequences for a poorly executed argument. People may get defensive, stop listening altogether, or simply not understand your point. A bad argument is one that the ideas expressed don't support the conclusion you are explaining. This can mean that your points are unrelated, not well ordered, false, or may not do the job they need to.

I'm going to start with the good 'ol debate of facts. You are trying to explain a concrete objective truth and someone doesn't believe you. What should you do? First, make sure what you are saying is actually true. You need to be able to calmly and clearly show what steps led you to the conclusion you are sharing. This cause creates this effect, and therefore this is effected. Think back to "if-then" statements in school. There is a cause (or are causes) and an effect(s). Make sure that these are actually connected.

Once you have confirmed that your reasons do, in fact, support your conclusion, examine the way you are sharing these ideas. You may strongly believe something is true but if you are doing certain things, you'll wreck your argument where it stands. One of the things I have seen often is a comparison of an extreme example to support a claim.

There's a particular example that comes to mind from a story comedian John Mulaney tells about his father. While sitting at the dinner table discussing their school day, Mulaney mentions watching some kids push his brother off of the seesaw. When asked why he did nothing, he says that he was over on the bench. As a response, Mulaney's father asks if it was OK that those who were alive in World War II, who saw what the Nazi's were doing to the Jews, did nothing to help. John says "Of course that's not OK!" Mulaney's father then asks how he is any better than a Nazi. That's a rather extreme comparison, and it may sound funny considering it was shared during a comedy special, but this is an approach many people take in a conversation. It is not productive, and it doesn't quite effectively communicate what point you're trying to make.

So your argument is true and you're not using an extreme example to support it. Now what? There's another easy tip to follow. Be concise. Whether you are speaking or writing, you want your argument to be clear and to the point. If you are overly wordy, then you'll over complicate the matter and confuse people more than allow them to understand you. Say what you want to say. Be clear. Then stop.

That is how you would put your argument together, but if all we had to do in our communications is put words together, things would be so much simpler and this argument would not be necessary. Particularly in face-to-face discussions, multiple factors come into play and it has more involved than simply word choice (This is not to disregard the importance of word choice, it is simply to point out that there is more to consider). Two other factors that play a major role in communication is tone and body language, and they are very easy to forget. Next time you watch a debate, pay attention to the way those involved sound throughout. Do they get loud? Are they more snappish, or rude? Do they seem like they are trying to constantly change points they make to fit against something the opponent has said? This, and more, shows poor communication techniques. That is how you go from sharing ideas, to arguing about them for the sake of the argument. A debate goes best when those involved remain calm, and remain open to what the other person is saying.

In addition to listening to tone, watch the way people move in a discussion. People who are arguing unproductively may cross their arms, or position themselves in a way that faces away from whomever they are speaking to. They may also gesture wildly, or have certain facial expressions as they talk or listen. It is important to note your own body language in a discussion as well. For example, listening with your arms crossed and a blank expression sets a specific tone for the one speaking. You seem disinterested, or inattentive, and you create a barrier between yourself and another person. Closing yourself off physically in a conversation can lead to irritation on the other side of the conversation, as well as lead to defensiveness or an over explanation so they feel heard.

These are only a few tips to help strengthen your arguments, but as you write, or speak, consider these things. However you adjust these factors, you'll find people responding in a certain way, and you may find patterns not mentioned above or elsewhere.