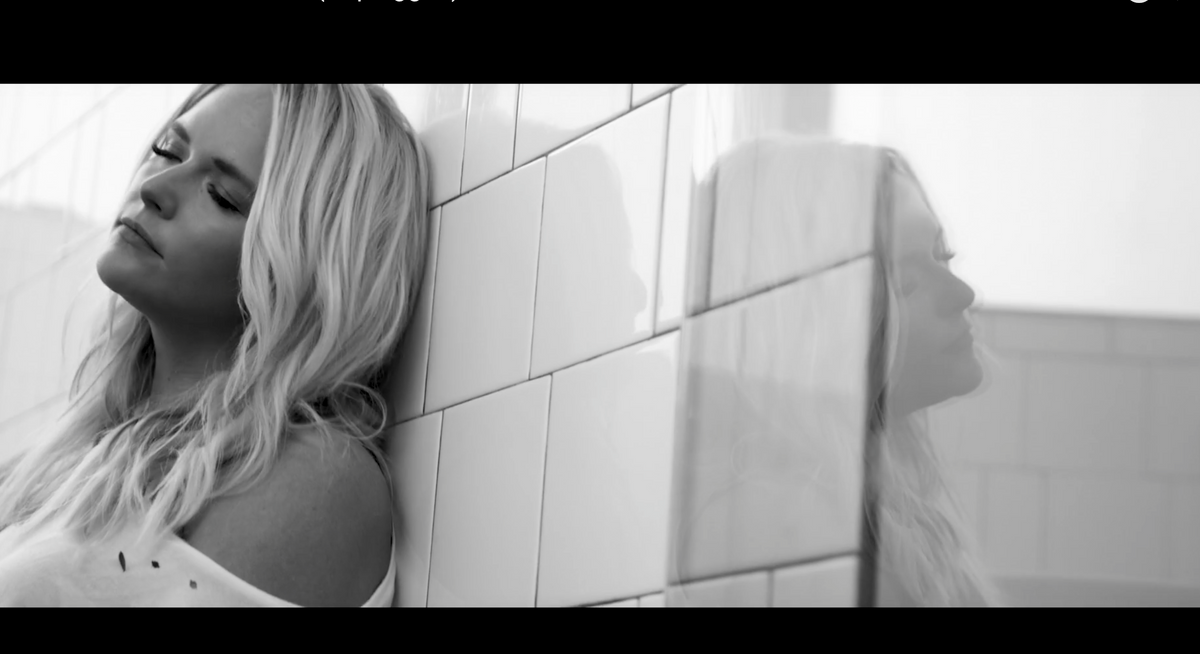 You changed my life when I was young. You were different than most country artists. Most people were singing about love, nights by the lake, mudding, and fishing. You were singing about smoking cigarettes, blowing the brain's of assholes who beat women, and all those "God Bless" moments. It was refreshing and real.

I can't even begin to tell you how much that realness was needed in this world. For someone to truly tell it like it is and just ignore all of the bullshit. Especially in my world when it came to boys.

"Over You" saved me in high school. It was my driving and crying song. I would drive up and down country roads late at night, on full volume, mascara running down my face, singing/sobbing the lyrics.

"But you went away. How dare you, I miss you. They say I'll be okay, but I'm not going to, ever get over you."

A boy that I loved broke my heart. He broke it into a million pieces. Everyone just kept telling me, "you need to move on. If you move on, you will be okay." But I didn't want to be okay. I wanted to feel sad and to cry and scream and hate him. I didn't want to move on yet. You showed me that it is ok to not move on yet. You showed me that it was ok to not be over him. You understood me. For the first time ever, I felt like I had someone who just got me.

This past year was one of the hardest year's of my life, as I know it was for you too. I felt like I went to hell and back about a million times. Between friends, school, work, personal life, and of course, boys. I experienced it all this year. Looking back, it was the hardest, but one of the most rewarding. I lived, I learned, and I have grown from it.

And of course, a breakup. Another one. Another really really hard one. With someone who I cared about deeply, someone who decided they just did not feel the same way. I was heartbroken all over again and I tried to drive around and listen to "Over You" and cry like I did with the first breakup, but it just didn't do it this time.

"Tin Man" saved me this year. This song was my new driving and crying song. I drove on old country highways late at night, on full volume, mascara and lipstick running down my face, singing/sobbing the lyrics.

"You ain't missing nothing, cause love is so damn hard. Take it from me darling, you don't want a heart... Hey there Mr. Tin Man, I'm glad we talked this out. You can take mine if you want it, it's in pieces now. By the way there Mr. Tin Man, if you don't mind the scars: you give me your armor, and you can have my heart."

I can't even begin to tell you about the feelings I have for this boy. There is something special about him. Something that tells me we aren't finished yet, which is the hardest part. I was heartbroken when things just kind of fell apart. We wanted different things and I guess he just though they were too different. He told people that we should never have been together. That was the hardest part. I was so happy with him, even though it was such a short time together, and he obviously did not and does not feel the same way. It literally tore me into pieces. All I wished for months was that I could go back and never meet him, or go home with him, or let him come home with me. But I can't, so I figured it's just best to let Mr. Tin Man know about the pain he is asking for; having a heart kind of fucking sucks.

Once again, people were telling me I needed to move on and that I was too good for him. In my head, I know I deserve so much better. But once again, I just wasn't quite ready to move on. I needed time to be sad and to cry. And once again, you gave me that time. When no one else could, you did.

Like I said, I like to drive when I'm sad. Sometimes I'll be out for hours, just driving endlessly. My friends always comment how they wish I would let them come with me so I won't be driving alone, but in my heart, I know I'm not alone. You are there. Through the speakers, through the universe, through the feelings of the broken heart. You are always there with me and for me. I could have never gotten through these tough times without you.

Miranda Lambert, thank you for going through my breakup's with me.