A Letter To My Nation On Fire
Odyssey

A Letter To My Nation On Fire

Dear America, I am sorry. 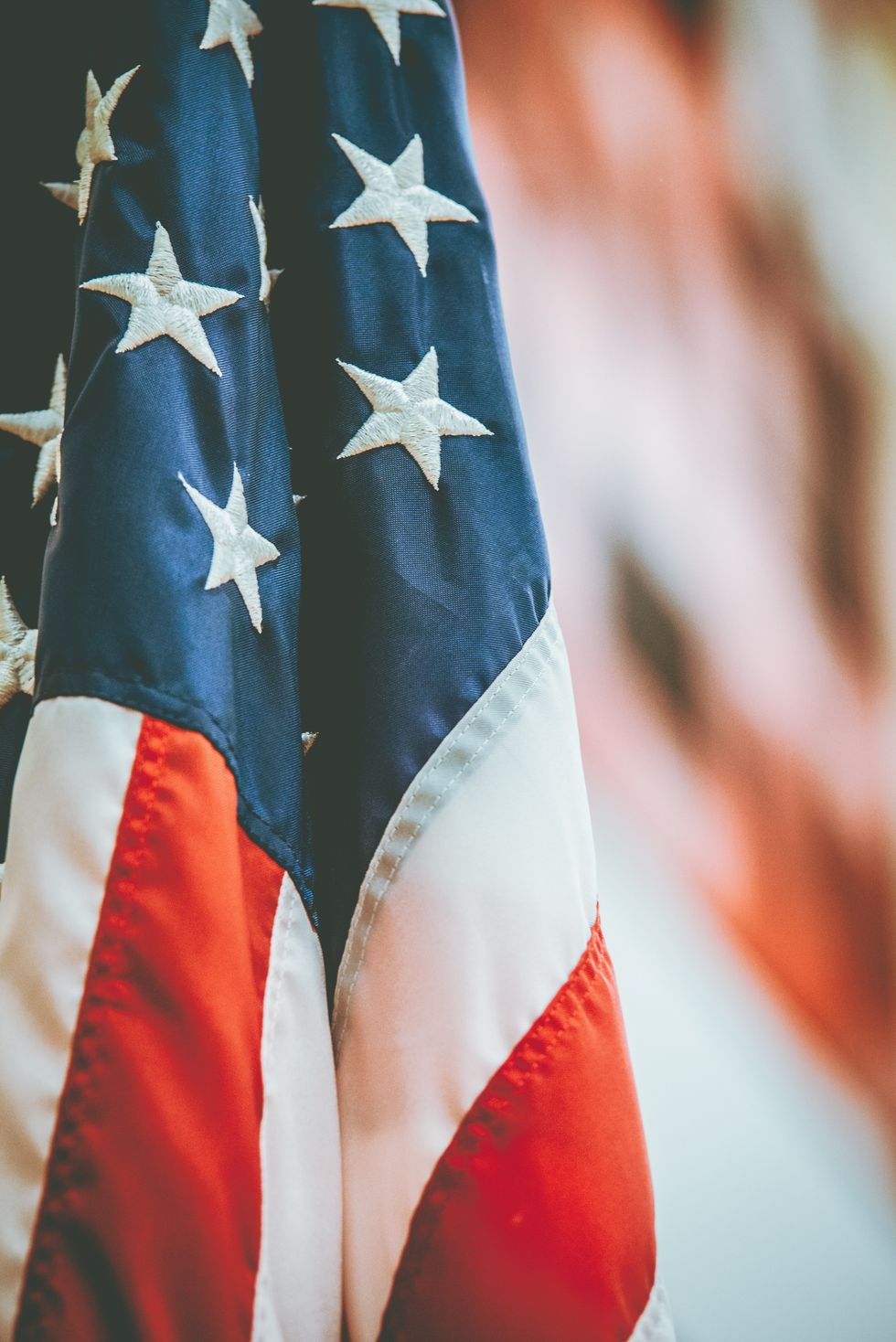 In the last several weeks, I have needed answers. I thank God for bringing me back to the beginning. I have found that in the murkiness of great pain, it has always helped me to retrace old steps, going back to what you looked like at your birth.

I recalled that you, America, were once very small. You didn't yet have 50 stars on your flag. Before there was ever a star-spangled banner, there were refugees who arrived in clusters on your eastern coast. The vast majority were Christians who chose to leave their established communities behind in exchange for a life of toiling new soil. It was not easy.

But the pain of starting all over again did not compare to the pain of living without freedom.

What was this freedom for? To worship God in quietness and peace, as Dietrich Bonhoeffer wrote, and in the process,

"They became free for God and for one another."

This begs the question: Am I, an American, using my freedom to live for others as my predecessors did?

I thought I was.

It was not until I recently read about prisoners in a forced labor camp that my perspective was changed. Prisoners wrote that while living under very harsh conditions, the first thing they did was weep and repent – or change their minds. Many would wake up in their cells crying as they thought about their pasts: "If ever I will be free again, I will never speak with my husband or children as I did."

This made me think about my own life. If I lost all my freedoms and became prisoner, how would that change me?

I immediately realized my biggest regret would be not speaking up for those who were in chains in the communities around me. If I ever stood an innocent prisoner in cold chains, the one thing I'd want most would be someone praying and speaking up for me.

As I continued to reflect, I winced when I recalled that just a month ago, we celebrated Memorial Day, a federal holiday honoring and mourning those who died while serving in the U.S. Armed Forces. Would I be able to look an American veteran in the eye – someone who may have lost limbs, eyes, fingers, their emotional wellbeing, their lives, in the fight to protect you, America – and say I was doing my very best to preserve the freedoms they had their shed precious blood for?

I could not. The price given for my freedom is one I did nothing to deserve. Yet, this past week, when you, America, were on fire, all I could think about was me.

That is why I am here, America, to say I am sorry.

I confess to you and to God that I contributed to your fire when I chose to take a side – not for the sake of grace and truth – but because my ego was tied to that side and I didn't want to be wrong. I wanted to win and I wanted to be right – at the expense of loving others inwardly with my whole heart.

But not anymore. I lay down my right to be angry. My desire to stay bitter. My instinct to dehumanize those who have hurt me and my loved ones whether directly or indirectly. Because my hatred is equivalent to murder – and how dare I murder anyone when countless people have laid down their lives since your founding, America, so that all Americans could enjoy life and freedom? How dare I allow hatred to imprison my own heart, poisoning the way I see the world and all its precious people?

This is not easy, but I consider it a small price in comparison with the price that Jesus ultimately paid for my life when He left heaven's glory to step into my world, dying to save me from myself.

To my nation on fire, I am sorry. I want to put out your flames, not fuel them. I can only do this when I lay my own life down and ask Christ to permeate every part of me. When I share in the burdens of my neighbors. When I don't put another person in a box because of their outward appearance. When I bless others rather than speak against them. When I pray for you, America, rather than lose hope.

To my nation on fire, I want to forgive even when it's hard. I want to act justly, love mercy, and walk humbly - so that we can all truly live.

Oh God, may I know when to stop, when to listen, when to console, and when to confront. Remove the timber from my own eye before I rush to see the specks in others' eyes.

Show me who in my community is hurting and how You would like me to stand up.

Help me not to be overwhelmed by those issues but to first ask You for direction so that I act in Your wisdom, not my own.

Show me where my circle of influence is so that change can begin there.

Thank you for using this month to open my eyes to the pain in my country now.

Show me where and who You have called me to. Amen.