How Your Obsession with Me, His Ex, Can Ruin Your Relationship 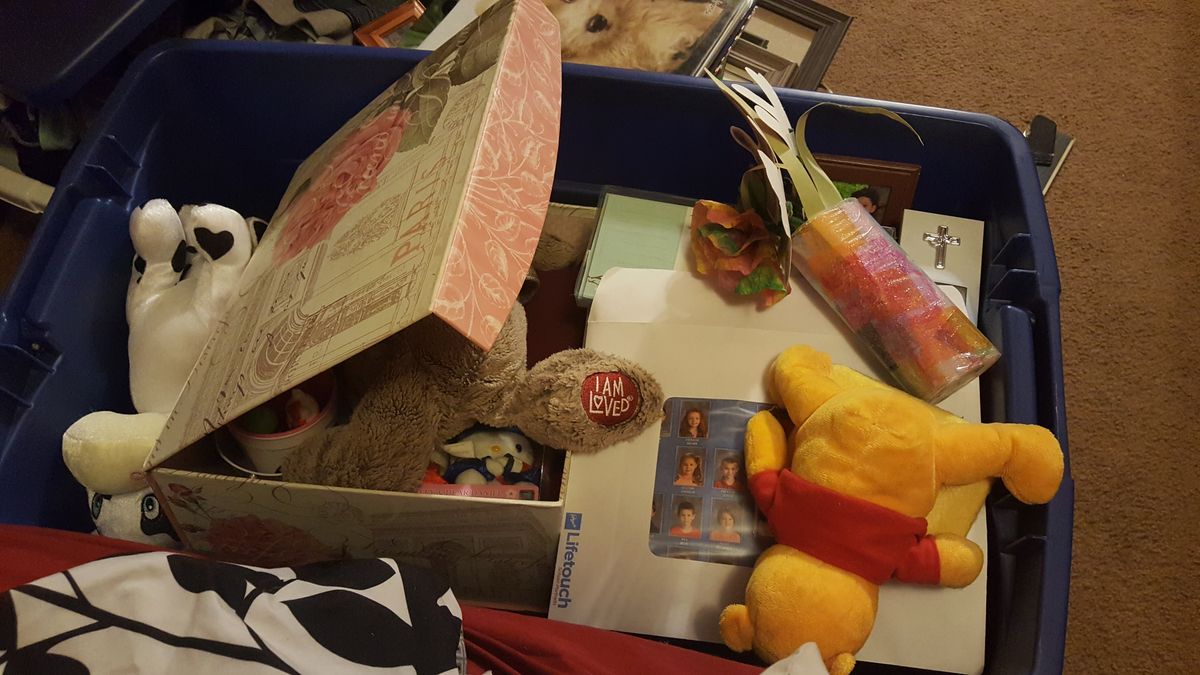 There are so many movies, books, articles, even a TV show about the crazy ex — but what about the equally crazy new girlfriend? There's not enough crazy credit given to them, but sometimes new girlfriends deserve their own trilogy based on a novel too.

I have been the crazy ex before, so I'm sympathetic to the plight of other crazy exes out there as they're nursing their wounded hearts; but I had also had a bewildering experience dealing with a new girlfriend of an ex, where it felt like I was in some corny version of Fatal Attraction.

Why do women do it to ourselves?

You've met this guy who seems great, things are going well, you're happy — but then she comes up. The woman he loved before you. And somehow, one nonchalant question about her turns into a detailed interrogation that you just can't help yourself. You actually become a bit obsessed with her.

The truth is, you probably put more thought into her than he does. The relationship ended for a reason. But instead of rationally realizing this, you're threatened by the ghost of his ex. Sure, it's normal to be a bit curious about the person before you (men are guilty of this insecurity too), but you should be self aware of crossing your own boundaries of inappropriate and straight borderline crazy.

I have been the ex-girlfriend, ex-wife, ex-fiancée, and even crazy ex… I am actually very sympathetic to all the crazy antics. It makes sense for an ex to go on a momentarily crazy streak over someone they loved, but for a new girlfriend to be such a psycho over an ex-girlfriend? It happens, people!

Exes never bothered me. I would ask the usual curious questions, and maybe sometimes when I am playing on the guy's phone I'll find out more than necessary. I'm just a naturally nosey person and I like gossip. It makes for good pillow talk. That's normal, because let's be real, I'd be lying if I said I'm not curious about the last person before me; but what's not normal is the intense devotion to cyber-stalking the ex of your current partner — jealousy that stems from insecurities over yourself, the relationship, or both.

After my divorce, I was in a new relationship where my boyfriend did weird things like Google me, but even more weird things like checking out the Facebook profiles of guys who liked a post, but who I never even dated! At first, I thought it was even kind of cute that he found my blog. He even signed up for email notifications for it… but sometimes it would get a little creepy. He would do this stuff when he wasn't with me, because he didn't trust me, because he was insecure about our relationship.

The “cute jealousy” became a bit creepy when he logged on to an inactive POF account that I never deleted. I had like 3 pages of messages. What he didn't realize was that when he logged on, I got a notification welcoming me back to the site. Okay, maybe he just wanted to read my messages, right? No!!! He actually changed my About Me section and then replied to messages that I've never even read!

To be fair to him, after we broke up, I did hack his email during one of those girl-power moments that consisted of a bonfire and listening to Adele on repeat; but I just read his boring messages. I even texted him to tell him that I had a lapsed moment of cray-cray and hacked his email. I even blogged about what I did on the World-Wide-Web during my moment of lapsed sanity!

The thing that every new girlfriend or boyfriend should realize is, there is no threat. Especially when the ex has moved on with his/her life. When you are secure in your relationship, whoever they loved in the past doesn't matter. There's no competition or comparison because the relationship ended for a reason, and you're comparing yourself to a time in his past. Here's what you should know about the past, you can't change it! You're playing a solo game competition to their heart.

My guy is confident about himself and our relationship. That's why I love him. He doesn't log on to Facebook to check my profile, he never Google searches me, he could care less what or who I write about on my blog or articles (he actually would have never even knew about my blog if my ex-boyfriend hadn't called his boss about me… who does that!?!).

It went into full-blown Fatal Attraction mode when his new girlfriend messaged me on Facebook one day — for eight hours! That's how I knew of her existence. She spent her whole relationship hating me, and I didn't even know she was alive. I'm not sure what her motivation was, but she spent the whole day messaging me about how much he loves her, how ugly I am, I'm fat, she's the best thing to happen to him, all the sex they have, he loves her tits and ass, and her "pussy is the bomb".

She seemed so emotionally unstable and irrational that I seriously considered if she had a mental problem. This was like when Glenn Close made her crazy telephone call to Michael Douglas — I had to make sure there were no bunnies in the room for her to potentially boil!

Okay, so even her wacko ranting is somewhat understandable. She was feeling insecure about her relationship, for whatever reason; but then she continued her craziness with personal details about my life outside of my relationship with my ex — she was stalking my friends, even my previous exes, even my new fiancé. I think if I had made a Facebook profile for my dog, she'd try to stalk him too!

About three hours into the madness of her ravings, I was picturing her foaming at the mouth as she was typing with one finger on a dirty phone screen from morning until night time — I realized she had become obsessed with me. Me, a woman who didn't even know she existed until whatever trigger had made her snapped one day... and I actually started feeling sympathetic to her.

All that time and energy she spent on me, whose to really blame? Not her, but him — the ex-boyfriend who enabled his new girlfriend to be crazy! Let's keep it real, if the guy didn't talk about me so much, I wouldn't be picturing her paying $19.99 for an online background check from some Internet detective.

There's a fine line between curiosity and borderline bat-shit crazy. If you find yourself consumed with your partner's ex, ask yourself why. What are your insecurities about your relationship? It has nothing to do with the ex that is no longer even in the picture — maybe he/she still has things from their relationship that he's holding on to? That's actually not uncommon. I have mementos from boyfriends back when I was 16. A confident person doesn't need his/her partner to get rid of mementos from a previous relationship.

But maybe you did something devious like look through his/her phone while they were sleeping or otherwise unaware, and you got jealous. Some people are just too lazy to delete old messages, this is especially true with men. Men tend to keep the most mundane messages, not because of any sentimental value, but just because they don't think about stuff like that… but why are you looking at his stuff without him being aware of it anyway!?! I mean, I snoop all the time, but I definitely don't pretend like I accidentally stumbled upon something.

Here's the thing, you should not be stalking your partner's ex to the extent that you know specific details of their relationship. That's just creepy. Like, if you know intimate details about a potential baby, girrrlllll… put your phone down, and step away from the crazy. Either you're spending too much time being a lunatic, or your partner can't stop talking about their ex; both scenario means you're in a doomed relationship.

Never bring your partner's ex up. Nothing good ever comes out of it. Who cares about what's-her-name anyway, they broke up for a reason, and whatever the reason, she's no longer in the picture. That's all that matters, and that's all that should ever matter in a relationship; and if you're the guy/gal trying to move on with your life, don't talk about your ex to the extent that your new partner can write their Facebook bio — the relationship world has enough crazy exes, we don't need crazy girlfriends competing for the crazy crown too.