The Dark Side Of MMORPGs

The Dark Side Of MMORPGs

Behind the popularity of MMOs, what are some of the consequences of playing too much? 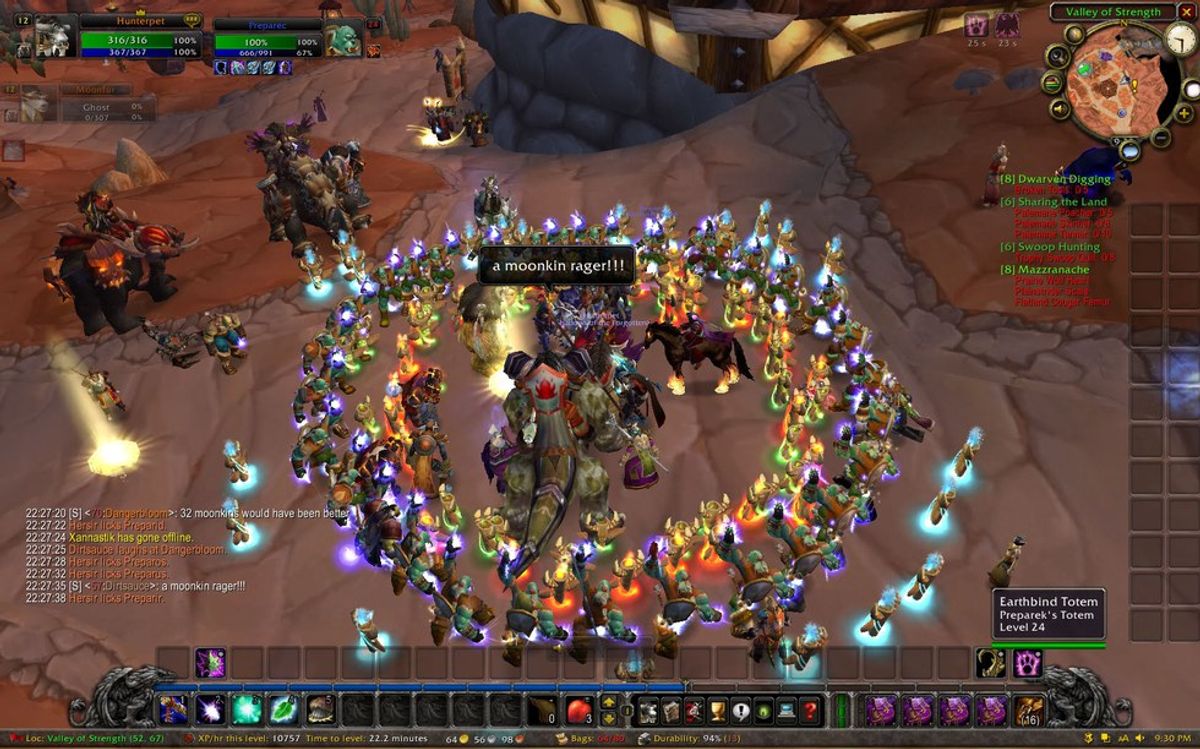 I recount the days when I was on my 10th hour on my computer playing my favorite childhood MMORPG (Massively Multiplayer Online Role-Playing Game), "MapleStory." From grinding mindlessly to doing party quests with my guild, my sixth grade self felt a sense of immediate fulfillment that took far too long to obtain in any other avenues (for an 11-year-old). When I reminisce, I look at the hundreds of dollars I spent on in-game cash, the skipped meals, the lies I told my parents about how I spent my time, and realize that my time spent playing "MapleStory" was nothing short of addiction. An immensely harmful one.

And for many kids, adolescents and young adults alike, there are many who suffer from the same addiction to a variety of MMORPGs, including "World of Warcraft," "League of Legends," "EverQuest," "Minecraft" and "Guild Wars." Normally, video games are seen as an outlet and escape for the hardships of daily life. You’re immersed in a virtual world that provides obstacles for you to overcome with vast incentives including obtaining currency, items or status. In moderation, playing an MMORPG can be a positive activity that improves coordination, creativity and even social skills like communication and collaboration.

However, as millennials and members of Generation Z, we were raised in an era of the rapidly burgeoning Internet, where MMOs and video games in general were very prevalent and easily accessible. Our siblings and friends actively played these games, and in turn, we were compelled to join and were absorbed into our virtual worlds. At 10 years old, you’re not very aware of what moderation is or how to use it to stabilize your life very well. Without frequent and direct intervention by parental figures, a child or adolescent could become addicted far too easily.

With many incentives available in MMORPGs for players when they complete quests, players receive a giddy feeling of instant gratification for making their character better or more complete. Naturally, they’ll want that feeling more. Some would think, “OK, it’s time to stop. I can play again tomorrow.” Many, however, would think, “That was great! I’ll just play one more hour!” Unfortunately, in cases of the latter, many players would repeat the same train of thought the next hour. And perhaps the hour after that, until they look at the clock and realize that perhaps as many as eight hours have passed. Some may even spend a large amount of money to purchase in-game advantages or boosts in appearances or “skins” (as is the case in "CounterStrike: Go").

Obviously, these issues are prevalent with any video game, not just MMORPGs. Someone who plays a first-person shooter like Call of Duty could very easily fall into the same cycle.

But what distinguish MMORPGs are the first three words in its acronym: Massively Multiplayer Online. The social aspect of an MMORPG pervades the culture of the game and, in many ways, defines it. In many, there are “guilds” that have requirements for players to be “active” (online very often) to continue being in the guild. To complete many quests, players must collaborate with others to obtain the maximum reward possible or to simply complete it. In /"MapleStory," “parties” needed to be formed to defeat many of the strongest bosses in the game or to simply train to level up faster. Guilds would often compete with each other in many quests and try to recruit members from other guilds in cutthroat fashion. In short, a community is already established, and you want to join it. Along with the material advantages of completing quests, there was the gratification of having virtual friends and a virtual family.

As outlets, MMORPGs have social and technical advantages that allow an individual to take a break from their everyday lives. But when this outlet instead becomes an escape from everyday life, MMO addiction becomes a sharp descent that will consume the individual and the real life they must lead. I was lucky to have played less gradually over time and to have quit, but many have suffered deteriorated relationships, health problems, increased isolation and an endless list of other problems. There are countless accounts written online in forums about how an addiction to a particular MMO ruined their lives, and that’s frightening because everyone who played or is playing an MMO could have a similar fate.

Playing an MMO is a double-edged sword that can provide you with the entertainment and fulfillment of a lifetime, but could also be an endless dark staircase into an abyss.