Daikaiju Is About To Attack, So Watch Out, Bellingham
Odyssey

Daikaiju Is About To Attack, So Watch Out, Bellingham 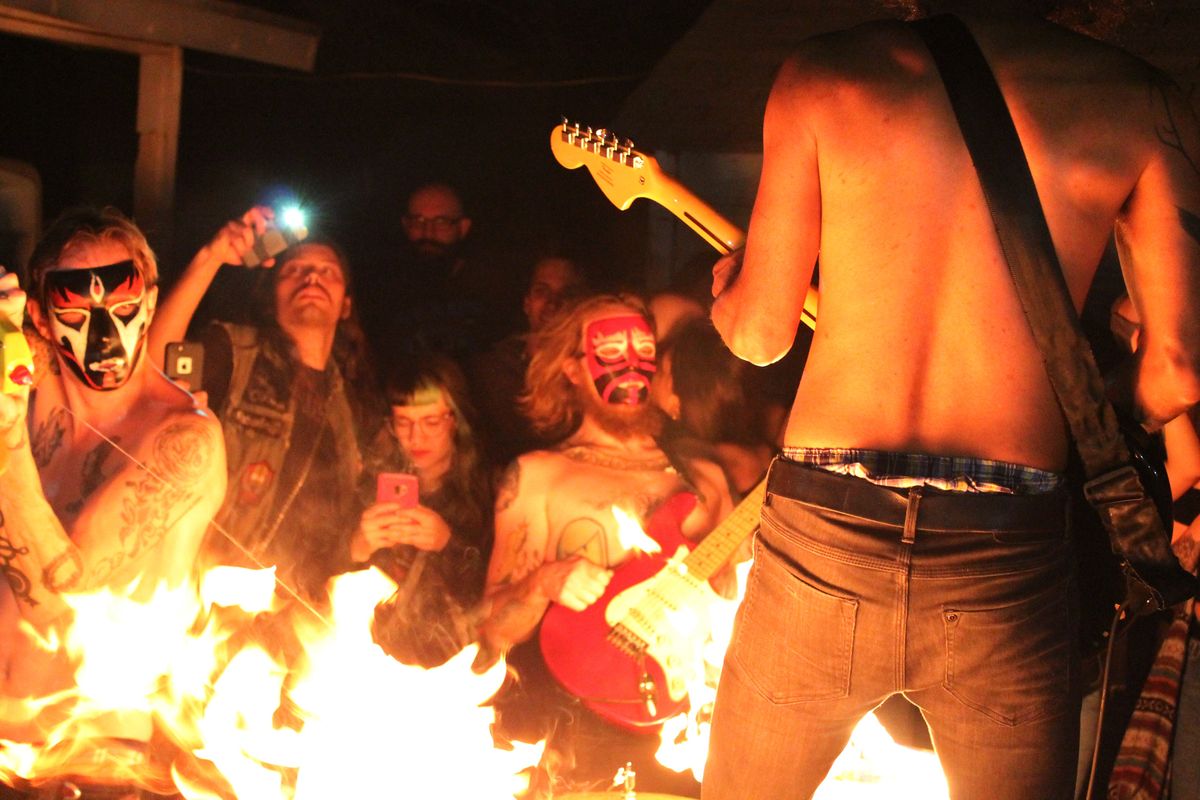 Bellingham, Washington will be witness to yet another Daikaiju attack. This is not a drill. I repeat this is not a drill. No venue is safe from the destructive beats and raw energy of this Surf Metal assemblage. The previous attacks brought complete anarchy to the bar previously known as The Green Frog. The Wild Buffalo witnessed a similar attack as the band’s equipment was set ablaze amidst the crowd moshing and dancing on the floor. No stage’s fourth wall or edge can contain them, and you should expect to be crushed by the weight of a shredding guitarist, or the rumbling drum kit with anyone else standing at ground zero. Will The Wild Buffalo survive one more night of devastation?

The word Kaiju has become synonymous with high budget blockbusters with giant monsters laying waste to a metro area (think Godzilla or Mothra). Dai-kaiju denotes a specific breed of Kaiju, the large ones, the most powerful. Heavy basslines and distorted surf riffs emulate the stomps and thrashings of a giant lizard or some ancient beast. Their breakdowns can feel barreling down a hundred-foot swell on a longboard built for battle. Crowds tap into that primal region of the brain, the one that calls on some to defend their home from a greater force. Daikaiju lays on the reverb, giving their surf feel a touch of prog and psychedelic rock.

They describe themselves as such on their homepage:

So, take that as you will.

Without lyrics or any kind of introduction, the band members disguise their identities from the music with their signature Kabuki masks. They are constantly moving, disappearing, and reappearing amongst the crowd on the floor (or even the bar). If moshing is not your ideal way to enjoy a show, I would suggest giving a wide berth.

A friend of mine described seeing them for the first time as a “nightmare,” and I could see why.

The night felt like a hallucination fueled by sweat, lighter fluid, and beer.

They are an enigma straight out of Huntsville, Alabama, now residing in Houston (according to Wikipedia) and are always on the move. The members of the band seem to leave and return when the time comes, each known by a unique pseudonym; Secret-man, Blast-man, Ace-man, Battle-man, Tentacles-X, Brain Conflict, Pulse-man, “E”, and many others. Each show may have a new variation of members, making no show quite like the last.

A long consecutive sequence of tour dates followed by question marks and city names, seemingly ready to take on any port in their storm of a tour. They will be hitting the southwest, Midwest, and Europe this summer, swinging back to the northwest late July.

Emma Hyatt
3646
The Truth About My Parents' Divorce