Signs you grew up Czech-American...

Signs you grew up Czech-American... 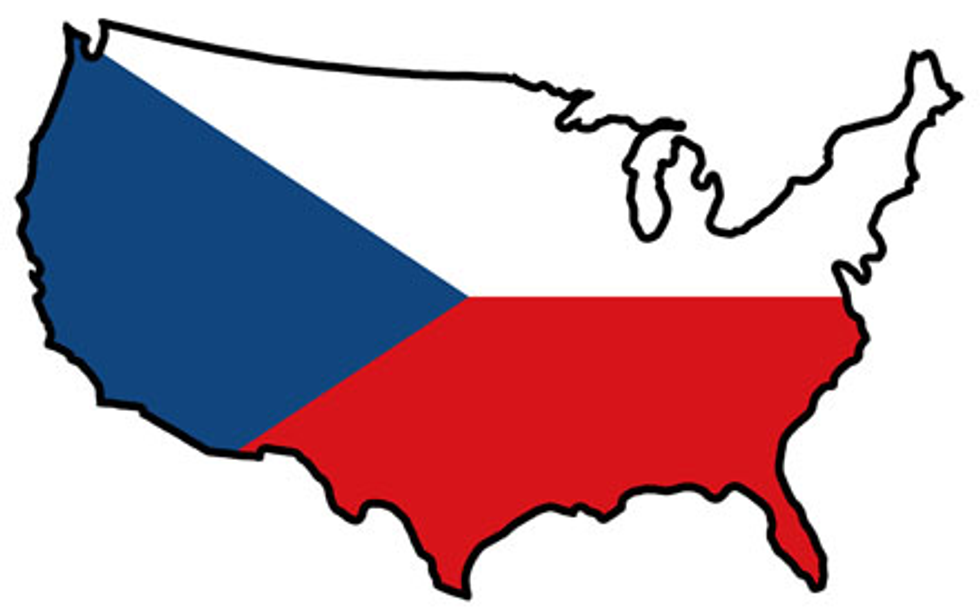 1. Your Probably from Texas or the Midwest

Most Czech Americans settled in smaller towns across the plains of Texas and the Midwest. A little known fact is that Texas has one of the largest concentrations of Czechs outside of Czech Republic

2. Your family is picky when it comes to beer

Lets just face it our ancestors started making the best beer in the world centuries ago, so naturally we're gonna be picky when it comes to our beer. Pilsners come from the Czech town of Plzen, and Budweiser is named after the Czech town of Ceské Budejovice

These pastries have taken Texas and the Midwest by storm, but let's face it no one makes them better than your Grandma

4. Speaking of Kolaches, you KNOW this is NOT a Kolache!!

It's a Klobasniky get it right goddam it! Kolaches are always wing pastries with sweet filling

5. Instead of dinner rolls you have Knedliky

Your Grandma has probably forced you to eat a lot of these...

6. You know that Kapanka (Chicken and Dumpling Soup) is the perfect hangover cure

7. You bring out the Kroj for Czech festivals a few times a year

For a country so small, the Czech Republic has so many regional varieties of folk costumes .

8. You have a bottle of Slivovice in your house made back in the old country (or your family makes it themselves)

9. Your family makes their own homemade sausage.. or you buy it at your local Czech store

10. You have a relative, or know someone that plays in a polka band

11. You know the words to at least one polka song, because your grandparents always play them

12. Your school song is derived from a polka song

13. You know some interesting curses from your family

"žera nečky" - Idek what this one translates too but it's wierd

14. You cringe every time someone thinks the Czech Republic is Chechnya.

15. Your kitchen is probably full of these during the summer

16. Christmas isn't the same without Vanočka

17. Your family paints their own Easter Eggs.

Well maybe they aren't this fancy, but you guys get the point

18. Your family complains you don't work as hard as they did back in the old days

19. And in general your family complains A LOT!

While this isn't exclusive to Czech families, but Czech's complain all the time

20.Your family is quiet in formal in public or when they have guests, but at home they are crazy and loud

This is a stereotype applying just about to all ethnicities, but the difference with us we are only loud when around family or close friends

22. You've tested positive on a drug test because of Makové (popyseed) Buchta

"I haven't done any opium, I swear I just ate a poopyseed pastry"

23. Your family smiles and laughs at random things

" Uncle Franks what are you laughing at?" Idkkk"

24. Instead of daycare growing up you had your grandparents

25. You grew up watching hockey

26.Your Grandpa calls you at 7 AM to wake you up and make sure you are ready for work

27. Your Grandma is worried she is going to die before you get married

28. Your family is not known for their sense of style

Meanwhile you dress to impress

29. You feel that the Czech president Miloš Zeman, fits all the Czech stereotypes

A drunk old politically incorrect man.... sounds like the typical Bohemian to me

30.You're proud of being Czech, and wouldn't trade it for anything

Why Small Towns Are Boring

The Pros and Cons of being a Third Culture Kid

The ABCs Of Lexington, Kentucky That Everyone Should Visit

Can Police Crack Your Phone Without Your Consent?

8 MORE Things You Say to Your Cat: Kitten Boogaloo