Culture Shock: A Clueless American's Reflections On Visiting China
Odyssey
CurrentlySwoonLifestyleHealth & WellnessStudent LifeContent InspirationEntertainmentPolitics and ActivismSportsAdulting
About usAdvertiseTermsPrivacyDMCAContact us
® 2023 ODYSSEY
Welcome back
Sign in to comment to your favorite stories, participate in your community and interact with your friends
or
LOG IN WITH FACEBOOK
No account? Create one
Start writing a post
Entertainment

Looking back on one of the most diverse experiences of my life! 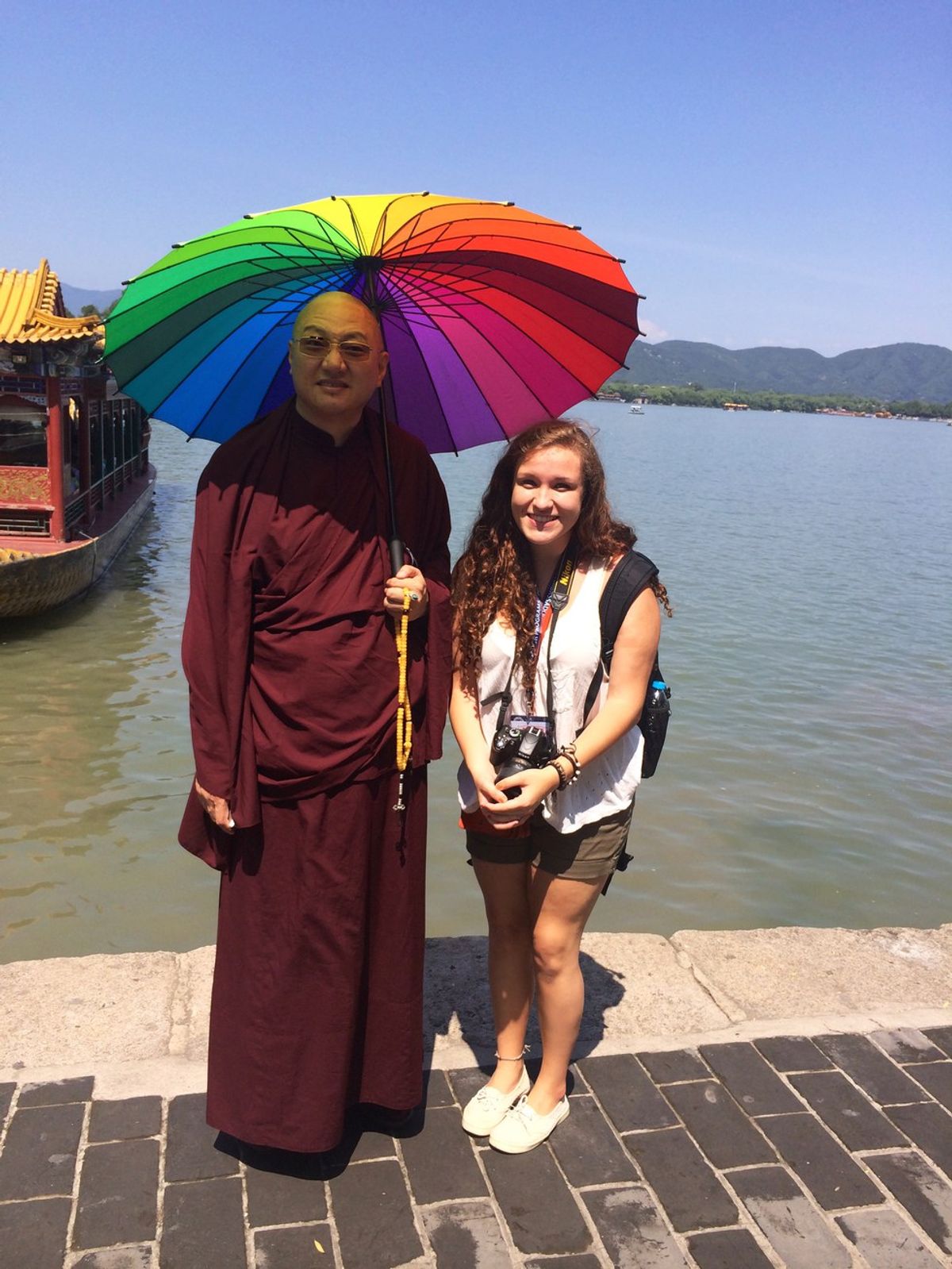 As Americans, I think it's easy for us to take for granted the luxuries of our western lifestyle and difficult for us to wrap our minds around how different (and often great) other cultures can be.
A couple of years ago, I spent three weeks in China on a People-to-People trip, and man, there were some culture shocks absolutely nobody warned me about. So, my goal for this jumbled compilation is to enlighten some of my fellow travel bugs, and be a source of information for those interested in the different aspects of other walks of life.

If you're a little lost in what I'm saying, here's an example.

Bathrooms. I was more or less certain that as long as you weren't in the Sahara, there are toilets, and all toilets looked the same. Boy, was that wrong. And toilet paper is a given? Not necessarily. From my experience, in China you're expected to carry around Kleenex, or you can do as I did and beg the fairly confused Chinese waitress to give you a pack of napkins, which is something I had to do so often, I brought a pack home as a souvenir. Little gruesome, I apologize, but hey, this is the truth, and I don't want you to be the one American laughed at by the locals for screaming upon opening the stall, which is something many of us P2P guys did more than once. Also, in China, it is common place to see little kids stop and pee in the middle of a public place, which is why most babies and toddlers run around in crotchless pants. See what I'm saying now? These are just not things we experience in America. And in this particular case, I'm not complaining. I am sadly just a little too westernized to give up standard plumbing for the ever-popular "squatter" (hole-in-the-ground toilet).

Don't be too worried, though. You won't stick out too badly.

There are some things that remain the same, such as most aspects of fashion. General rule being the bigger the city, the more stylish the individuals. I think that's true just about everywhere. In China, women's shoes seemed to be the main difference. They are straight up wonky. I'm talking straps, buckles, holes and so many platforms, it's almost comical. Though I must say, toward the end of the trip, I distinctly remember growing fonder of them. Leave me there a week longer, and I probably would've snagged a pair. Certain things grow on you, I swear.

Now, here's something for the girls to know: Men of other cultures are bold but not in the cat-cally way they are here. It's more like a "rub my bare stomach while smiling and possibly winking at you" type of flirtation. But, they felt a lot more harmless in Asia, which is something to appreciate.

OK, back to something everyone can relate to: the food. Don't even get me started. They have corn flavored gummies here. Why anyone would want one is beyond me, but still, having the option is pretty fantastic. Most courses consist of several types of stir fry and rice served family-style on a monster Lazy Susan for breakfast, lunch and dinner. The use of any dairy products seemed sparse, which at the time, I was whiny about, but now, I can appreciate. However, I would definitely advise to be careful with what you're eating. I once mistook a pig's foot for a pork chop and blood soup for tomato. This is not a joke.

Those are just a few of the big things, but even with its weird toilets and strange dudes, I wouldn't trade my experience in China for anything. It took me out of my comfort zone but in the best way possible. And honestly, the biggest thing is the people. Besides all the difference you encounter in travel, there are three things that never change: Smiles never hurt, patience is key and as long as you're going in with an open mind, you'll conquer the worst of it (which is, hands down, those darn squatters).