An introduction to a popular literary symbol. 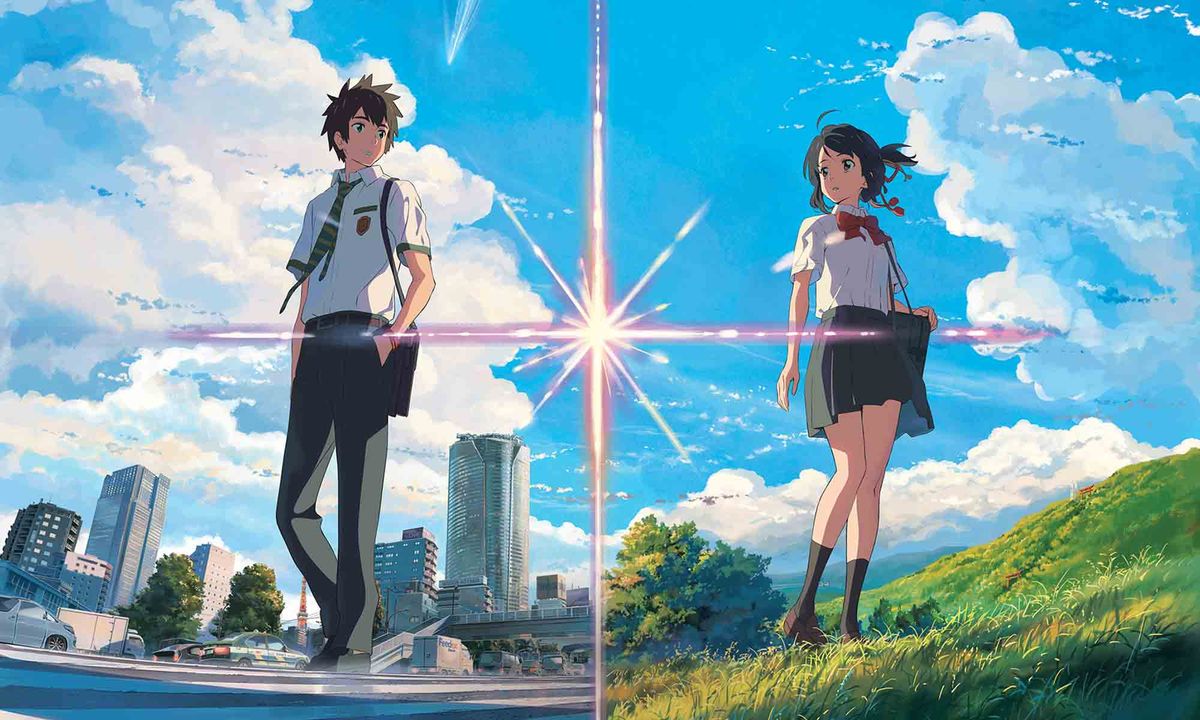 A few weeks ago, I was exposed to the mega blockbuster hit to reach Japanese cinemas and, more recently, select theaters in Canada: Your Name. While I haven’t had the chance to see it yet in its completion, as it has not reached movie houses here in the U.S., I can say with complete certainty that the major symbol utilized throughout the film and throughout the history of Japanese media evokes some of the most important and thought-provoking themes of literature. Your Name uses what is known as the “Red thread of fate”, of which connects two or more people together, binding them with an ephemeral connection that surpasses country, continent, space, and even time itself. Your Name, originally a novel turned film written and directed by Makoto Shinkai, uses the symbol to reflect a “Soul mate” equivalent often seen in Western literature, where his two protagonists eventually fall in love and the story’s conflict is about them finding each other through body-swapping (It’s an interesting film, unafraid to cross into the fantastical at times). The prospect of soul mates does little to interest me, though, as with other examples in Japanese media will show, the thread can be used to represent a sense of teamwork and unity that persists on a higher level than any physical connection.

The origins of the red thread are traced back into other East Asian cultures as well, not limited to Japan, but stretches to China and Korea as well. Believed to have started in Chinese folklore, where the red thread was used to tie marriage partners around the ankle, the red thread later became an aspect of Japanese and Korean folklore, changing the position of the thread from the ankle to the little finger. The Chinese folklore where the concept is said to originate from describes the tale of a boy throwing a rock at a girl after encountering a sage-like character, only to later find out that years later, the boy would end up marrying the same girl, despite growing up in two different towns, only finding out she was the same girl on the day of their wedding.

For the most part, the symbol is used consistently the same way throughout East Asian media, reflecting the emotional connection of two lovers, but what tipped the red thread over the edge into becoming one of my favorite literary concepts was how it was used in a popular anime back in 2014, Kill la Kill.

Kill la Kill is anything but serious. Produced by the same creative geniuses behind Gurren Lagann, writer Kazuki Nakashima and director Hiroyuki Imaishi, Kill la Kill follows standard samurai storytelling, but adds a unique twist about clothing and how it shapes our personalities. The show is not literary gold by any stretch of the imagination. The characters are all pretty static and the gratuitous costume design for the protagonist and her rival will probably turn people away the moment they spot them (trust me, it’s related to the themes of the show), but what Kill la Kill accentuates above all else is the emotional connection between the cast of characters that surpasses a simple colloquial friendship. Representative in many pieces of Eastern media is the idea that no one person can do it alone, in great contrast to the incredibly individualistic nature of some Western cultures, such as the United States. This lack of individualism makes the characters vulnerable to one another, allowing for that red thread to tie itself around the entire cast, rather than just two characters.

Every member of the cast has their own goals that correlate with one another, eventually leading to the same ultimate goal that carries them through to the end. They all come from radically different viewpoints, but all fight for the same cause, and eventually, by the end of the show, work together to achieve their goals. In a literal way, the red thread is used in the show as the very crux of the plot itself, being called “Life Fibers”, which is what the clothes that empower the characters are made up of (I know, it’s a weird show). The very bonds that the main protagonist carries with her friends give her the strength to go on, combating all sorts of antagonists and avenging her fallen father. This theme is not the most original, of course, as there are numerous examples of shows and films and books and basically everything carrying this idea that friendship makes a person stronger. Cliché, yes, but incredibly important? Also yes.

The red thread of fate used in this show reflects an idea that is no stranger to any culture. Unity and cooperation are the keys to improving any situation, regardless of where you are in the world. Individualistic growth is unarguably important as well; do not mistake me. There are an innumerable amount of people in this world, both young and old, that could benefit from taking a step back and considering changing themselves over asking others to change. Some people need to develop a sense of understanding or belonging the world, through community or through personal dreams. Individualism is important in that manner, but to perverse individualism as an excuse to step on others is reprehensible.

I’ll be frank: I really don’t fancy the idea of a soul mate, or at least that there is one singular person out there for you. I prefer to look at how the red thread presented in Kill la Kill ties people together, having several people connected to you through bonds stronger than any fragile romantic relationship. People come into our lives at random and sporadic moments, sometimes leaving, sometimes staying until your bones are collecting dust. Some people will foster your growth, while others will actively try to diminish it. At the end of the day, cherish those around you for whatever cosmic force that brought you to them. Not to bolster Vygotskian views, but I have always found that close friends are the best teachers, not only by exposing you to new ideas but by presenting you with opportunities to grow.