Sci-Fi Thriller has me Intrigued. 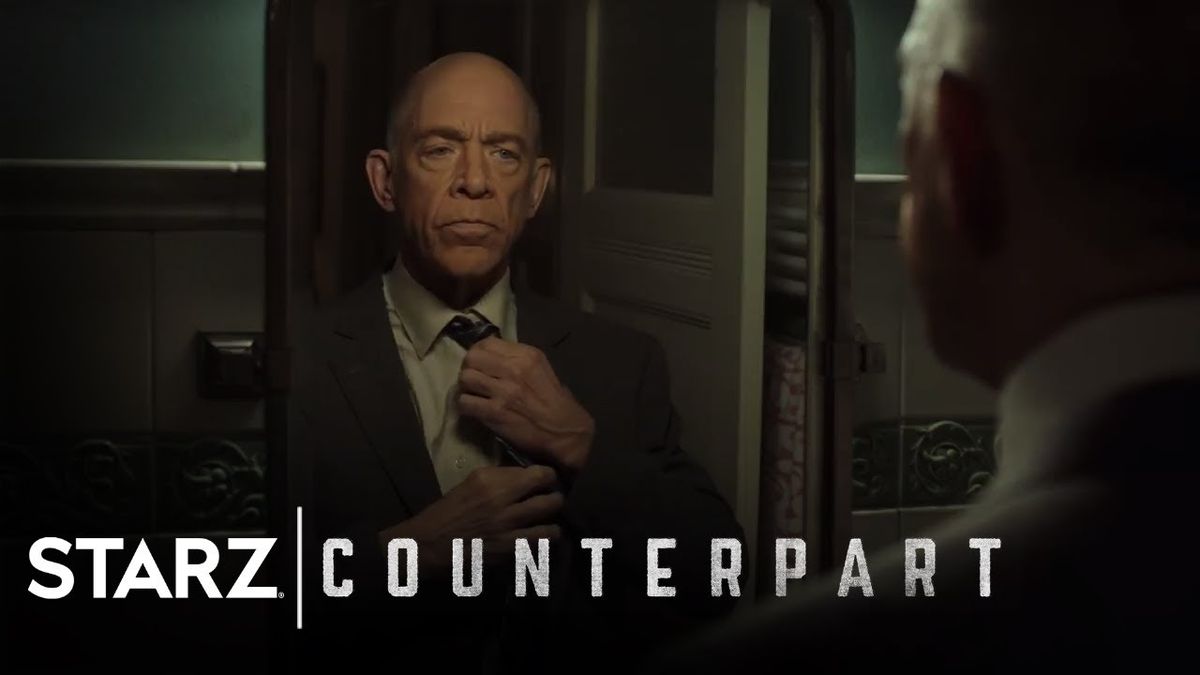 Imagine that there was another world exactly like ours with only minor differences. For Howard Silk, played by J.K. Simmons, his double holds a different job, a spy. That's the very basic plot for Starz's new series, Counterpart.

I am a huge Science Fiction fan. Seriously, it's my favorite genre of book but I'm also the first to watch a Science Fiction TV show or even movie. I love the concepts behind alternate realities and near future technology. When I saw the trailer for Counterpart, I was thrilled.

The show features actor J.K. Simmons who plays a U.N. worker in Berlin, oblivious to the alternate universe that lies at his doorstep. Episode one of the Science Fiction thriller aired January 21 and it captivated me and people all over the nation.

The ten part series follows Howard Silk through the complicated and intriguing parallel world. When his double shows up in our world, Howard, a lowly worker for the U.N. is roped into a scheme to catch a killer that escaped from the other world.

Howard, who knows virtually nothing about his job is informed that the gate was created when a government experiment during the cold war went wrong. The gateway between the two universes lies underneath the U.N. building in Berlin.

What I love about the first episode is that you are uncovering truths the same time as Howard. You discover things about the parallel universe the same time as the main character which leads to the intriguing and captivating story. Because Howard has such a low clearance, he is informed minimally about the operation at hand even though it involves a plot to kill his wife. Like Howard, the audience is not sure who to trust or even if there is a larger scheme ahead.

I'm personally cannot wait to see how the rest of the series pans out because like any good TVthriller, you're left with more questions than answers. Tune in Sunday at 8 to catch the show or catch up on the Starz app or online.

Caitlin Marie Grimes
University of South Florida
11290
Beyond The States