After Hours Of Playing 'Cooking Simulator', I'm A Wiz In The Kitchen...Well, Virtually

After Hours Of Playing 'Cooking Simulator', I'm A Wiz In The Kitchen...Well, Virtually

Providing tasty treats from the comfort of your seat 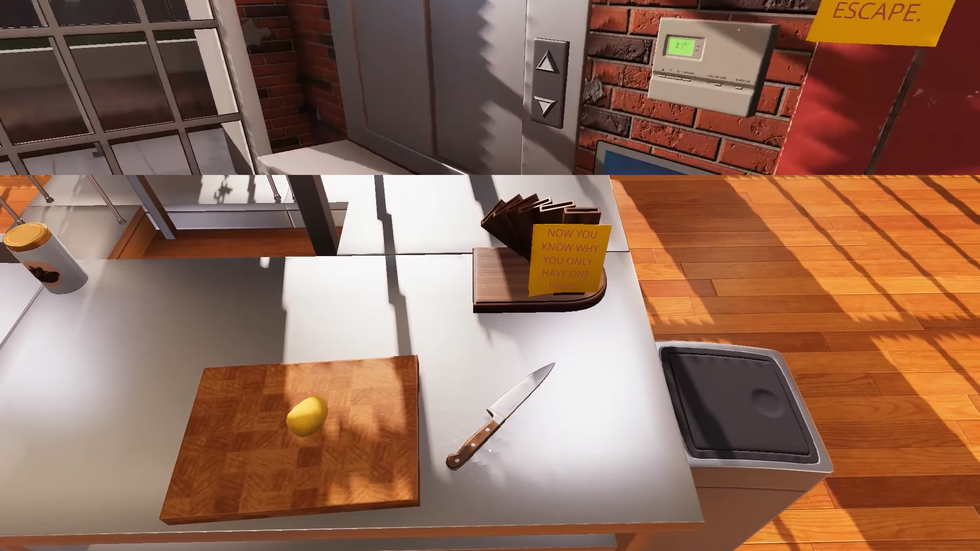 OK, so you know how some people say "People always imitate what they see in videogames"? After playing 'Cooking Simulator' for a good couple of hours, I think it's safe to say that I'm still not able to cook in real life, like at all. However, in game after hours of learning precise measurements, setting the right temperatures, and using the correct ingredients for a dish, I'm proud to say that I've become a wiz in the virtual kitchen.

'Cooking Simulator' is exactly what it sounds like. You make food for customers that get rated on the taste, presentation, and overall preparation of the dish.

Going headfirst into the game, you can play the tutorial to get a feel of the surroundings of your kitchen and where to find everything that you may need. Other than the tutorial, you have the choice of going into career mode where you fulfill dishes requested by customers until your workday is over, or going into my favorite mode, sandbox mode, where you have free reigns over your kitchen and can do whatever it is that you want to do with no consequences or penalties.

As you play through the game, you start to build the sense that you're in an actual kitchen. Control-wise, it does take quite a while to get used to them. When using the utensils at times you have to control them yourself in order to put items in the correct place or getting things at the right angle which can be finicky at times, but the more you play, the easier it gets.

I've played my fair share of simulator games and I have to say, 'Cooking Simulator' has been one of the most detailed ones that I've played so far. The game itself is extremely thorough and feels like how it would if I were to actually cook in real life, minus the fires and burned food.

The amount of heat you apply to food and the measurements all add up and affect the quality of your dish. Also, for the people who love to listen to music while they cook, there is also a radio with a few stations for you to choose from. This is what makes me so attached to the game itself so much.

Other than some frame rate drops when the screen gets a bit "full", 'Cooking Simulator' doesn't have many flaws in my eyes. I can see myself playing this for hours on end especially in the sandbox mode. If anybody is new to simulation games I would highly recommend that this is the first one that you try.

'Cooking Simulator' has delivered on all ends. When I play a simulator game, I look to see if the game lives up to its name, and this one has exceeded my expectations. If this were an actual restaurant, it gets five stars from me on its Yelp review. Now it's time for me to put my virtual skills to the test and try them out in the real world. Totally won't end badly, right?