Is Confucian Filial Piety at Odds with Christianity? 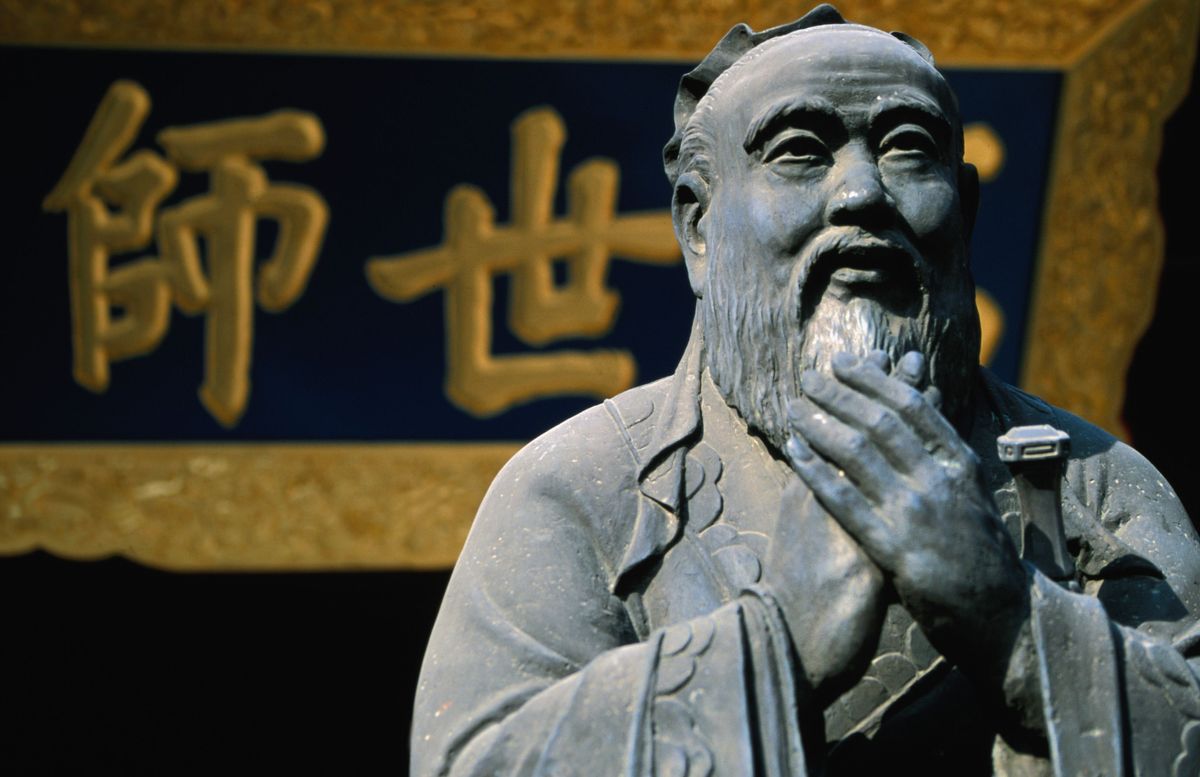 “Honor your father and your mother, that your days may be long in the land that the LORD your God is giving you” (ESV, Exodus 20.12). Filial piety (FP) and respect is a topic of much import throughout much of the eastern world today. Unfortunately, the individualistic tendencies of the West cause many people today see eastern filial piety as a means of social control and not as a means of personal cultivation. Many westerners, especially in the U.S., view filial obligation as inherently limiting their autonomy. It is impossible for a Christian to resist the call to parental respect and care if they read the Bible seriously. Confucian FP has influenced and spread throughout the East. My project is to examine what can western Christians can learn from the Confucian tradition. I will put Confucian teachings on FP in dialogue with Biblical teachings and will argue that although Confucian filial piety is incompatible with the Christian faith it is not incommensurable. I will do this by first examining Confucian teachings and defining terms. Then I will explore some of Jesus’ more radical claims about family in the N.T narrative. Then I will examine the Christian motivation for and practice of respect for Elders as found in the Bible.

Throughout Kongzi and Mengzi’s writings Confucian FP is recommended as a means to an end. Kongzi stresses the importance of FP in following the Way. For him “filial piety and respect for elders constitute the root of Goodness” and are a foundation upon which the Way is built (3). All other virtues come after FP and respect for elders. It is for these reasons that these practices are indispensable to the Confucian Way. In addition to aiding in self-cultivation, FP and elder respect serve as a form of social control. Kongzi writes that the filially pious never cause rebellions (3). Preoccupation with one’s parents instills a subservient attitude and prevents rebellious ideologies from enticing Confucians from the Way. Confucian tradition mandates that a son mourn for three years after the death of his father and see to a respectable funeral (4). Filial piety and respect involves much more than a passive attitude for Confucius. It involves active deference and support. The young are to shoulder to burdens of the elderly and actively care for them (6). This theme is echoed in Mengzi’s writings.

Mengzi recognizes the importance of FP for a society to function well. A benevolent government will make sure that the young shoulder the burdens of the elderly (6). In his ideal society “those with gray hair will not be carrying loads on the roads” (123). It is for this reason, that in Confucian tradition people greatly enjoyed old age. Confucian FP and fraternal respect involves active self-sacrifice. Mengzi believes that mankind is inherently good. To him the sprouts are things inherently within us (148). These sprouts manifest themselves firstly in FP and respect for one’s elders. As one cares for their family their human heartedness, ren, is increased. All the sprouts are benefited by FP and fraternal respect. The sprouts when fully grown help one into the Way of Confucius. For Mengzi FP and fraternal respect are a means to cultivate the sprouts and ultimately a means of entering the Way.

Similarly, fraternal respect and FP are a means to a certain end. They also encompass far more than a passive deferential attitude. The first of the famed ten commandments is a command to FP (ESV, Exodus 20.12). Interestingly there is a direct goal for such action mentioned in the command. The Israelites were commanded to paternal honor for their own personal benefit; that they would live long enough to see the promised land. FP and elder respect are practiced for the individual’s benefit, that they would flourish. Additionally, Israel in the O.T. was set apart as Yahweh’s chosen and holy nation. Consequently, they were to set an example of purity and godliness to all surrounding nations. Israel was commanded to practice FP and elder respect to set an example for pagan nations that those nations might be drawn into worship of Yahweh (Ephesians 6.1, Leviticus 19.3). Christian FP is not a means of cultivating virtue as much as it is a means of setting an example for others and drawing them into an awareness of God. Although certainly FP is a virtue conducive practice, this is not the Christian’s motivation. Christians are to set an example in all they do to unbelievers. In the O.T. Israelites were commanded to physically stand up whenever they were in the presence of the elderly. This is reminiscent of the Confucian practice of bowing to one’s elders. Although there might be some similarities on the surface, the underlying motivations behind Confucian and Christian FP and elder respect are extremely different from one another.

Certain N.T. teachings by Jesus seem to flatly contradict and oppose Confucian wisdom. At times Jesus seems flippant and filially disrespectful. In Luke Jesus refuses disciples the opportunity to say goodbye to or even bury family members (ESV, Luke 9.59-61). In stark contrast to Confucian mourning rituals, Jesus tells one man asking to bury his father to let “the dead bury themselves” (ESV, Luke 9.61). To Kongzi or Mengzi this advice would seem plainly evil and wrong. One has an obligation to care for their own family above all others (6). In Matthew, Jesus refuses to speak to his family on the grounds that his true family are those who follow the will of God (Matthew 12:48). It would be unthinkable for a good Confucian to deny their family. Any Confucian would rush to the aid of their family. It would be an insult to refuse them and further to disavow familial ties. This is one of many similar scenes. In Mark 3:21 when Jesus is ministering his family claims that he is crazy (Mark 3:21). What does this suggest? Does it suggest that Christianity requires one to detach from familial obligation and commitment? Not if read in the right context.

Christians, as far back as Exodus, are called to FP and paternal respect in order to draw others into relationship with God. Ultimately FP and paternal respect in the O.T. were an ancient form of evangelism. They set an example that was meant to be attractive to surrounding nations. The priority is and was evangelism. With the establishment of the new covenant in the N.T., a new means of evangelism, namely witness, was commanded by God through Jesus. When Jesus tells people to abandon their familial obligations he is not telling them to disregard or disrespect their families. Jesus commands people to obey and honor their parents throughout the N.T. (ESV, Mark 9.7-13). He is telling them that there is a new and more effective tool for evangelism that they should use. The priority is and was evangelism. Jesus introduces them to a new way of evangelism that might alienate oneself from their family. If Jesus was alienated from his family by his witness, every Christian should expect evangelism to alienate them or at bare minimum separate them from their family in some meaningful ways.

It is for these reasons that Confucianism is incompatible with Christian teaching. Although it is incompatible there are still notable similarities between Confucianism and Christianity. Both ideologies seek to produce righteous, benevolent, and wise individuals. Confucian righteousness, benevolence, and wisdom all share features in common with their Christian counterparts. Both Confucianism and Christianity believe righteousness tempers and humbles an individual. Benevolence is directed towards others for their own betterment in either ideology. Wisdom is a matter of knowing truth and allowing it to transform oneself. This is done in Christianity through intimacy with God and through the cultivation of the sprouts in Confucianism.

There are several lessons that Christians can learn from Confucianism. Elder respect and FP in Confucianism are keys to loving others well. Before one can love others well they must love and care for their elders and family. Although Christians love because God first loved them, learning to love one’s family and elders from a young age will usher one into a human heartedness that will help them engage with and care for others. Additionally, FP involves much more than a passive psychological deference. Just as Christian agape love involves active participation on behalf of others, so too does any genuine attempt at FP. Thus Confucianism is incompatible but not incommensurable with Christianity.