Confessions Of A Studio Kid
Odyssey

Confessions Of A Studio Kid

Because not every theatre kid does musical theatre. 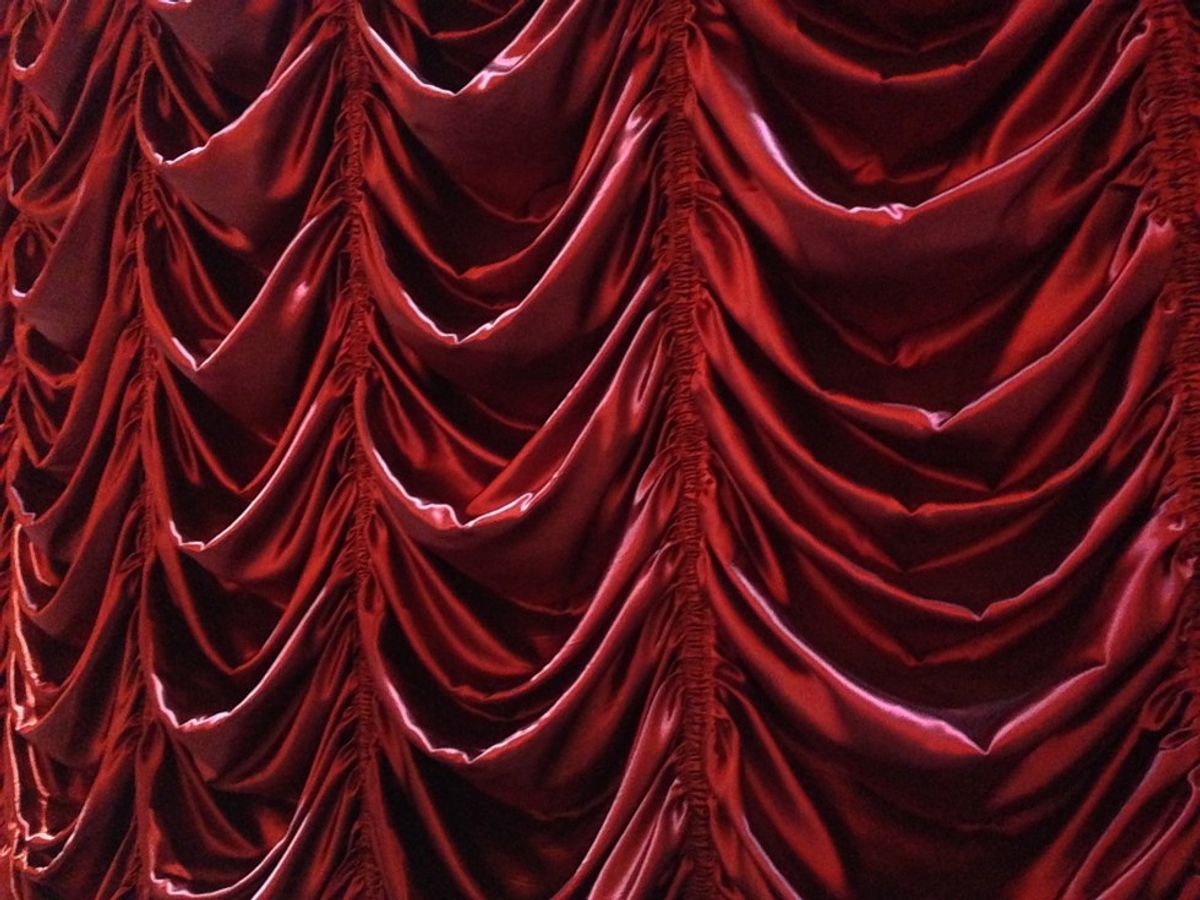 At AMDA, there are three programs: the integrated program, the dance program, and the studio program. Integrated is musical theatre, and dance is pretty self-explanatory.

And then there's the studio program.

What exactly is the studio program? What do studio kids do? Well, first off: we study acting, and acting only. Acting is our life and soul. We eat, sleep, and breathe acting.

So obviously, we've got a few things that make us stand out from the rest of the school.

1. Studio kids have been blessed with a gift and her name is Roxana Stuart.

Dr. Roxana Stuart is a goddess. Not only does she have an acute sense for casting, but this woman was a very close friend of Tennessee Williams. She acted in several of his productions when they were first starting out. If she trusts you enough with a Williams role, you better not let her down.

She is a fearless director. If you're having trouble with a scene in her class, she will point you in the right direction; sometimes it seems a bit outlandish, but it always turns out great. She can joke around and be silly, but she takes no bullshit from anyone. If anyone is going to teach you professionalism, it'll be Roxana.

Also, she is an ordained minister, so she can perform marriages. Who wouldn't want this cute, sweet woman to join you and your beloved's hands in matrimony? She is the coolest.

2. Some of the best singers are studio kids

In our first semester, studio kids get the option of taking a singing technique elective. That's when you start questioning why some of the people in the class aren't in the integrated program. And even without the singing elective, we find out if our classmates can sing when we're waiting for classes to start. Even walking through the streets to class or rehearsal you can sometimes find us singing our hearts out. The fourth semester studio groups seem to always integrate singing into their workshop performance and it never fails to blow everyone away.

3. No one actually knows why it's called 'studio' instead of 'acting.'

The musical theatre kids are called 'integrated' because their program is the integration of singing, dancing, and acting. And the dance program appropriately named for the dancers. And then the actors are called 'studio.' But why are we studio? We're actors, so why are we not called just that? Is it because we spend all day in studios? But then again, so does everyone else in the school. So why? This mystery may never be solved...

4. Shakespeare is not our religion.

Well, at least most of us. You won't hear us around the halls reciting a sonnet, nor will you hear "Speak the speech" said in the dorm kitchens. Yes, we do get a Shakespeare elective in our first semester; but really, we only do Shakespeare whenever it's required for specific classes -- in fact, Shakespeare is assigned to us. Don't get us wrong -- Willy is a great playwright, the most genius one of all. But let's be honest. How much iambic pentameter can one person take? Also, we have other time periods to focus on. We even have a class in our second semester called Period Scene Study. Besides, there is so much going on in the world of contemporary theatre for us to study and more and more is added each year! So while Will is a good friend of ours, he's not our life and soul.

No, we are not musical theatre kids, but we do love musicals. "Chicago," "Wicked," "A Gentleman's Guide to Love and Murder," "Newsies," "Les Mis," "Phantom of the Opera," "Avenue Q," "Finding Neverland," etc. You name it. We probably have seen it and we probably love it.

And of course, we love to go see the plays, too. "The Curious Incident of the Dog in the Night-Time," "Hand to God," "Therese Paquin," "Sylvia," "The Crucible," etc. Those are the kinds of shows we will hopefully be in one day, so it is a priority for us to see them. And they're just as great as the musicals.

6. We may be actors, but we are almost always in workout gear.

T-shirts, leggings, and athletic sneakers. Oh, and don't forget the yoga mat being lugged around on our shoulders. Studio kids have a lot more movement classes than you'd think because of our class schedules. When you're waving a weapon around in stage combat, it helps to have shoes that grip the floor, because avoiding a swing in heels or sandals isn't easy. Also, we have a class first and second semester where we lie on the ground and reset our bodies (see #9). I remember wearing a dress or skirt the days we had that class and feeling very exposed, even if I wore shorts underneath. And don't get me started on improv class.

7. Yes, studio kids do take dance. And contrary to popular belief, it is actually important.

It may be hard to believe, but studio kids are required to take a 'dance and movement for the actor' class. A lot of people complain about it, but it is actually a vital part of our training. In this dance class we learn how to use our bodies fluidly and gracefully. Even if we don't audition for musicals, some straight plays do involve some basic dancing such as the waltz. Of course, shows like that are most likely period plays, but it is equally important for contemporary plays. If you look at a show like "The Curious Incident of the Dog in the Night-Time," movements like Christopher's actions of entering his house and going to his room and lying on his bed require the ability to move in such a way that sort of imitates that of a dancer, which is precisely what our class is intended to train us for.

8. Do not mess with a studio kid. We know how to use deadly weapons.

Stage combat is a great class. We get trained by spectacular teachers in unarmed combat, rapier, dagger, broadsword, and quarterstaff. The cool thing about the swords is that we use ones that are very similar to the ones that would have been used in real combat back in the olden days. It's awesome when you've been working with the weapons so much that they feel comfortable in your hands. Wielding them becomes almost second nature. And let's not forget how badass it makes you feel!

Studio kids have to take a class first and second semester called Alexander Techniques, which is essentially reverting the body to its basic form so it has more freedom. It's very interesting -- of course, while you're taking it, it doesn't seem like it. I mean, you're being asked to walk a certain way and say weird things to your body like "My head goes up like a frisky pup." You look forward to taking a short catnap during a guided meditation. But honestly, this class is a blessing. Coming out of Alexander Techniques feels like you've gotten out of therapy. You feel refreshed and ready for a performance. I can say that I've never felt better in my life because of this class.

10. Improv class is not a training session for "Whose Line Is It Anyway?"

Though we may be experts in comedy, we are not here to be the next Drew Carey or Ryan Stiles. We are here solely for acting and acting only. In improv, we actually learn some very useful things, like team building and partnering -- which is basically AMDA classes in a nutshell. We build skills that we can use in other classes and become quicker on our feet. If anything, improv is just another acting class.

And there you have it, folks. Studio kids are more than just actors. We are also expert combatants, clever improvisors, free bodily beings, and musically gifted. AMDA has more than just gifted singers coming from its pool of students -- it's also got us. Studio kids provide a good balance between the three programs, and we have more options available to us to be more than what we're studying. So if you see us in the halls, just stop and say, "Studi-OH." We'll know what you mean.