Concussions Changed My Life And It Sucks

I didn't take my head injuries seriously enough until I missed the end of my senior year. 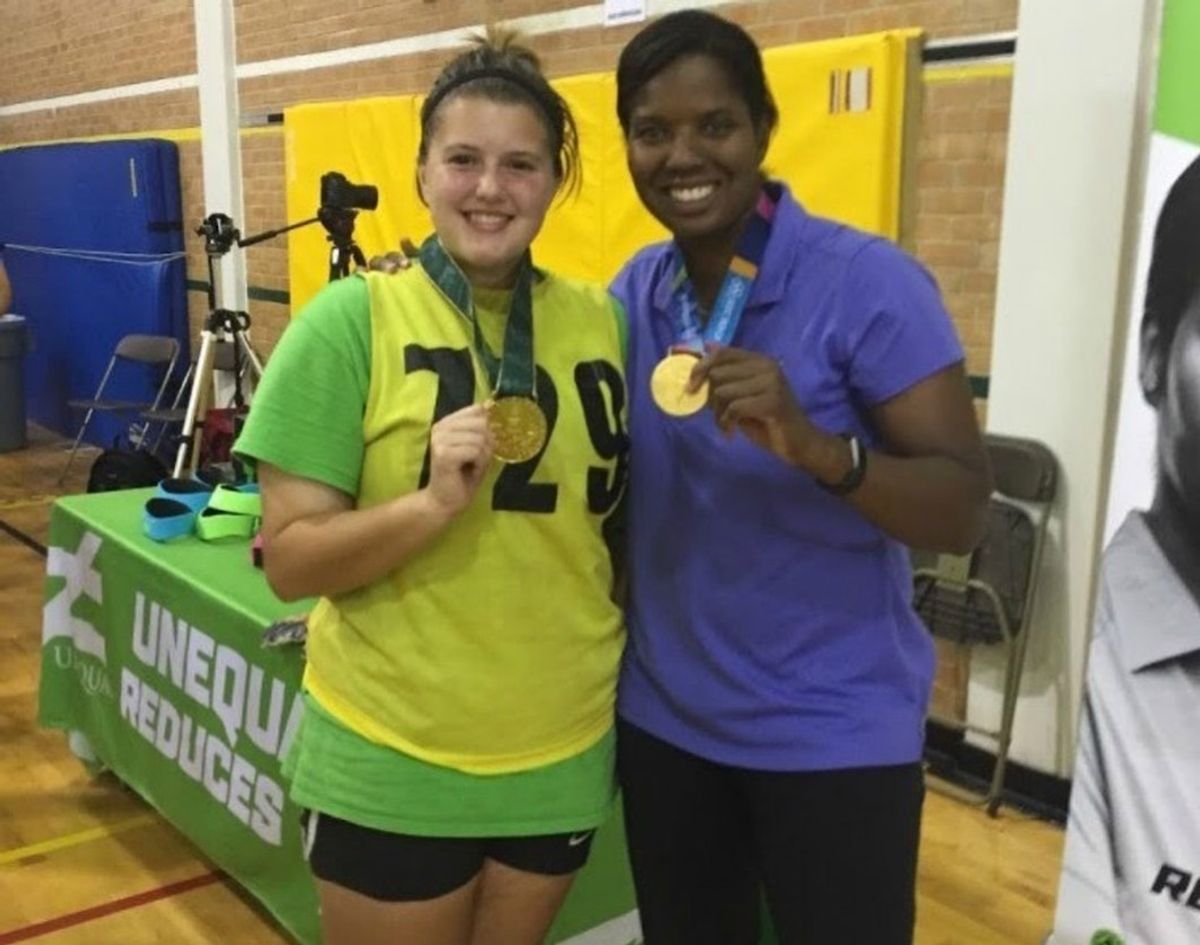 I played competitive soccer from ages 12 to 18. I was a goalkeeper and I wanted to play in college. But I couldn't complete my last season with my team, bringing my dream of playing in college crashing down. The cause: a concussion, something I had experience with.

However, my recovery to this concussion took me by surprise.

The weekend it happened I had a tournament out of town. I wasn't playing at my best. I was disoriented, but I didn't notice it until I was back in my hotel room that night, trying to do homework. I felt weird. I couldn't concentrate. My head hurt. I chalked it up to maybe dehydration, so I drank some more water and went to bed. The next day I played the whole game in goal. I was playing a little better, but I was still off. It wasn't until I was on my way home trying to eat that I realized what my problem was.

I had another concussion.

The scariest part about this? I had had multiple concussions over the years, three before this one. I knew what the symptoms were. But this one? I couldn't recall taking a bump to the head. Sure, I got knocked around. I hit the ground hard a couple of times. But I had no recollection of hitting my head. It also took me a full day to recognize the symptoms.

I was pretty scared.

I was upset, but I figured the protocol would be the same. I would sit out for a week, my symptoms would be gone after a few days, and I would be back playing in no time.

What followed was not that. My symptoms lasted about a month, if not longer. I missed two weeks of school. I spent the rest of my senior year making up work and trying to catch up in class.

I haven't played soccer since. I miss it, every day.

The hardest part then was no one really believing me. They couldn't see what was wrong with my brain. They only had my word to take for it. But I had played the second game Sunday, hadn't I? And hadn't I played fine? My teammates and coach thought I was faking it. My family even thought I was faking it. The fact of the matter is I'm the one living with the consequences of having four concussions.

It sucks. Sometimes I have problems thinking clearly, which can make writing a nightmare. I have concentration problems. To me, though, the worst part is not playing soccer right now. Even though it was out of my control, I feel like I seriously let myself down. Every time I see people playing soccer, whether it be just friends messing around or the Emory women's team practicing I'm reminded of what I've lost.

What is there to be learned from this?

Don't mock the rules that don't let kids under U13 head the ball. If anything, go ahead and get mad at the officials for making bad calls. Take those with brain injuries seriously. Do not rush to getting them back on the field. Get headgear before you even experience a concussion. Because I wasn't proactive enough, I let myself down and my team down. It's better for everyone if every possible method is taken to stop them from happening in the first place.

Nicole Marie Nigro
Individual Creator
8608
c1.staticflickr.com
Where to start...... Let me start with the cliche that life throws us curveballs and what we do with it is what counts.