Concert Review: Nathaniel Rateliff & the Night Sweats
Odyssey
CurrentlySwoonLifestyleHealth & WellnessStudent LifeContent InspirationEntertainmentPolitics and ActivismSportsAdulting
About usAdvertiseTermsPrivacyDMCAContact us
® 2023 ODYSSEY
Welcome back
Sign in to comment to your favorite stories, participate in your community and interact with your friends
or
LOG IN WITH FACEBOOK
No account? Create one
Start writing a post
Entertainment

Just how good were these guys live? Read to find out! 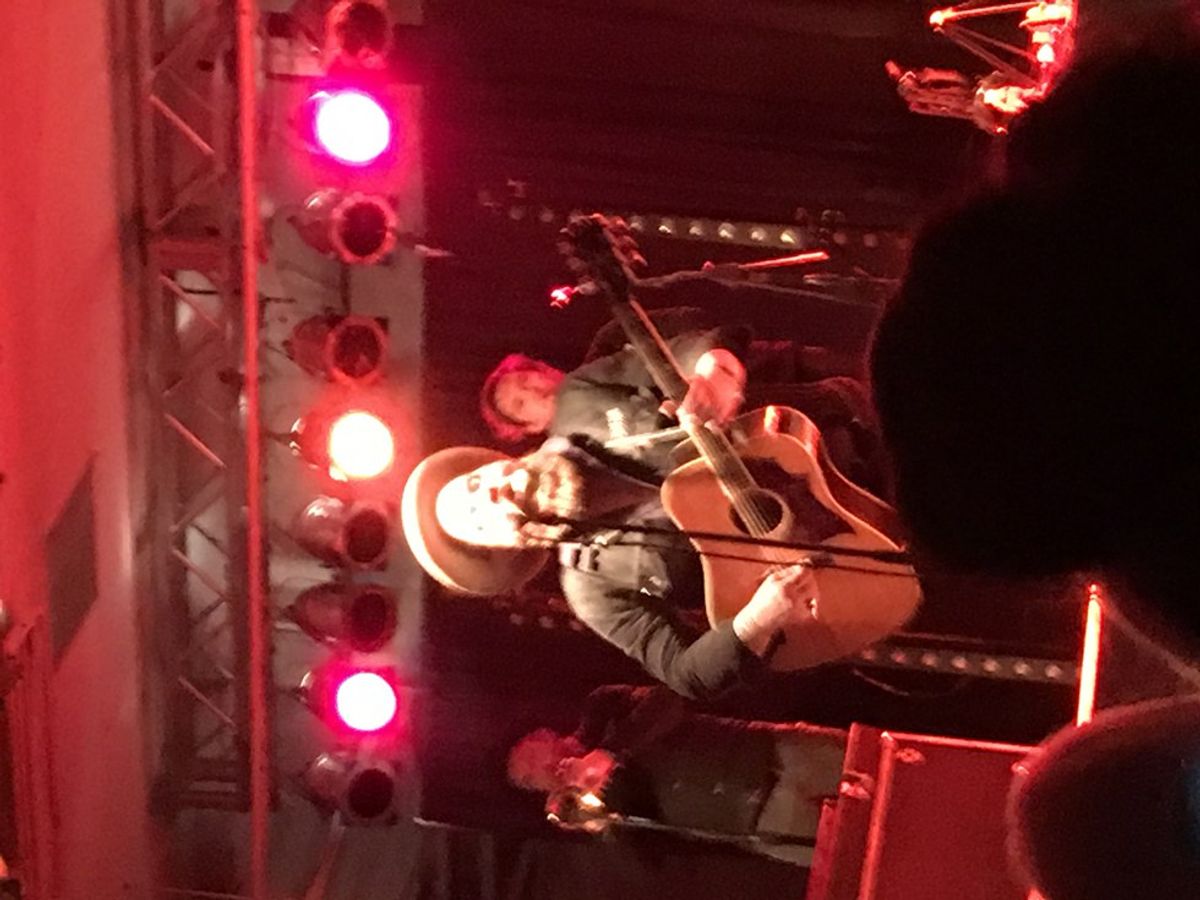 Hello again! Just recently I had the opportunity to attend a Nathaniel Rateliff & the Night Sweats concert. If you ever get that opportunity, you need to take it. They were absolutely amazing and were worth every penny. So here is my concert review for when they were in Peoria, Illinois.

The day I heard that Nathaniel Rateliff & the Night Sweats were coming to town for a local radio station's annual holiday concert; I started freaking out because these guys have been one of my favorite bands of 2016 and to be able to top off the year by seeing them live was just unreal. As I conducted my own personal mental countdown, the excitement in me was starting to overflow and I was afraid I was going to burst. Once the last week came around, my head was finally starting to realize that I am not dreaming and I actually have the chance to see Nathaniel Rateliff & the Night Sweats.

On the night of the concert, which was sold out, there were people every where, old and young. These people were here for Nathaniel Rateliff & the Night Sweats as was I and we were ready to have the time of our lives.

There were two acts before Nathaniel Rateliff & the Night Sweats. Joseph and Jeremy David Baker performed and both acts put on a great show. I had the pleasure to see Jeremy for the second time and I was very excited to have the chance to see Joseph for the first time. The three sisters absolutely killed it and they definitely made a fan out of me.

After waiting, for what seemed to be five years in reality was only 30-45 minutes, the wait was finally over. I started jumping up and down because I was so happy to see these guys. Standing just four to five rows back from the stage, I was able to see the whole band perfectly. The Night Sweats kicked off show the show while Nathaniel Rateliff took his time and then finally came in. Once, he entered the room, the crowd went ballistic. People were screaming at the top of their lungs and doing little shimmys to the music. Then, Nathaniel Rateliff started singing and the cheers of joy started up again. The band started out with an intro leading up to Nathaniel Rateliff's appearance and then began "I Need Never Get Old". Immediately the band, just took over and the sound was right there in your face and you could feel the bass in your whole body.

As the show went on, it only got better. From performing songs from their debut album and their newly released EP and then also previously written songs from Nathaniel Rateliff's early days. These guys were still rocking no matter what. The crowd really loved these guys because we were all dancing and singing our hearts out. The light show was incredible; on a few songs the lights in the back would strike with gold when the bassist would play a certain chord. From the guitar solos to the piano solos, these guys knew how to play. Every solo would rock the house.

When I went to the show, I knew I would love it and I knew it would be great, but I did not know that I'd be even more shocked on how good these guys were. During songs, Nathaniel would start dancing up on stage which made the crowd go crazy because of how awesome it was. You could tell the band got along fairly well as their chemistry while playing really showed. In between songs, Nathaniel would talk a little bit and even mention what song is next and would tell us a little bit about it.

Once, the show got to the last few songs, we started to learn all the band members' names and were starting to feel a little blue because we realized the night was almost over. The Night Sweats didn't disappoint though as they played "S.O.B." for their last tune and rocked the house with it. Every one was singing along and dancing like crazy or maybe that was just me. As the last chorus was being sung, everyone was singing along because we all knew the night of our lives was about to be over.

Once the song ended, the band left the stage, but the crowd didn't leave instead they started to sing "S.O.B." in hopes that they would call Nathaniel Rateliff & the Night Sweats back on stage. Their prayers came true as in just minutes after they came back on to sing one more song. The crowd went crazy one last time.

It's hard for me to talk about how amazing this show was because it was that good. As I walked out of the building, I knew I had just experienced one of the best concerts I had ever been to if not, the best I had ever been to. I was so impressed and in such awe by everything that night.

If you ever get the chance to see Nathaniel Rateliff & the Night Sweats live then, please do it! These guys are worth every penny! Thanks for reading!