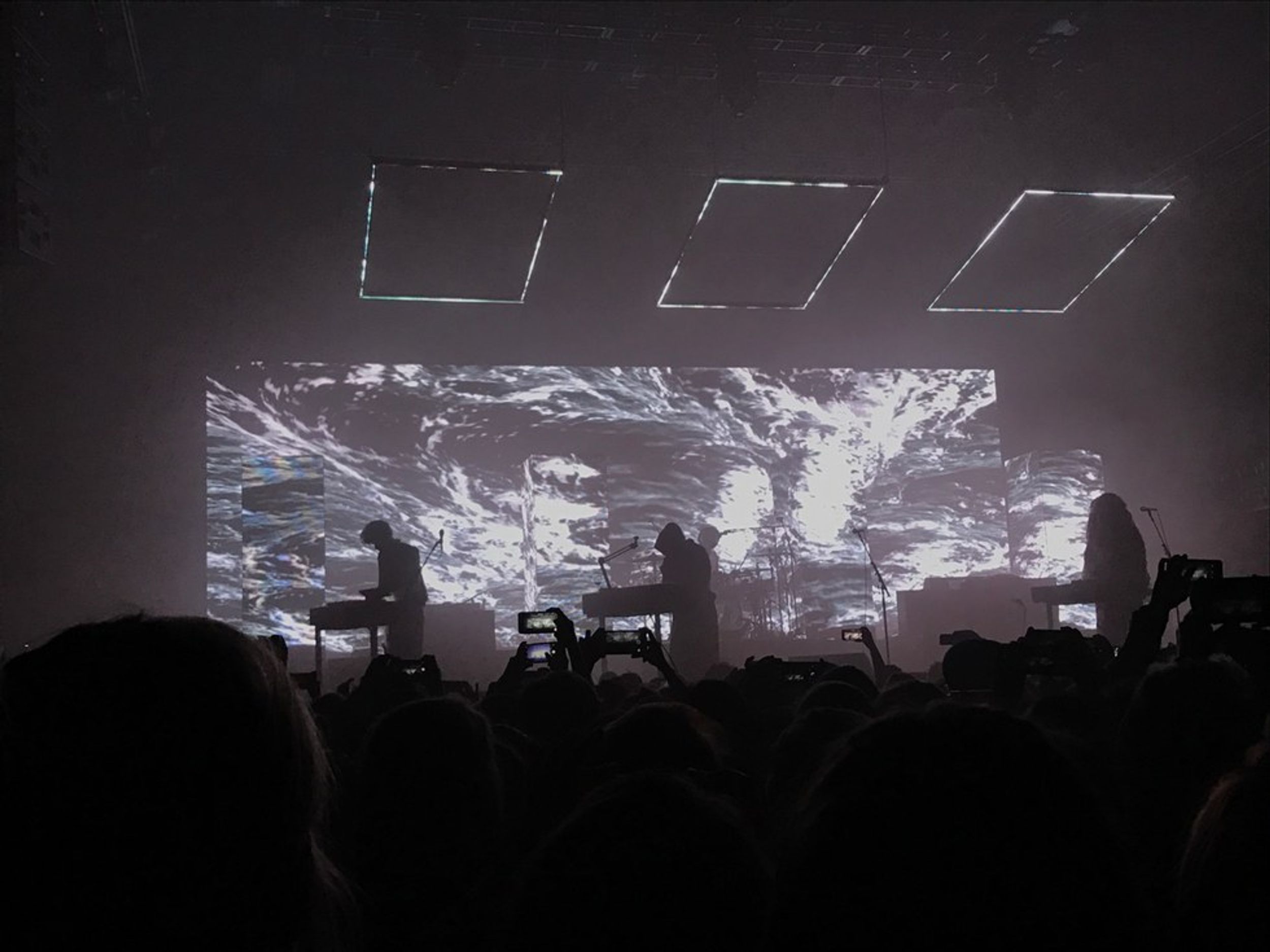 A sold-out crowd waited in anticipation outside of Stage AE, located on the North Shore in Pittsburgh; some fans had lined up for the chance to get a spot at the barricade as early as 6 in the morning.

While walking along the sidewalk in line to get inside the venue, trash and blankets littered the side of the building. The sidewalk was also adorned with chalk drawings from fans, which included a “You should be loving someone” drawing, complete with a rainbow, as well as “Vote for The 1975" in honor of the election next week.

As a fan of the band, I was excited. I had seen them prior, once in December 2014 and this past May. Both times, I hadn’t been able to see really well, due to my height. Little did I know that I would have the ideal spot, at a small balcony just above the general admission floor.

I had expected the band to start off the night with a song from their newest album, but we were all in for a treat. The band opened with the Star Wars intro, with each of the members taking the stage in Star Wars costumes. The energy in the room was unreal. As the backdrop showed text that said "A long time ago in Pittsburgh, Pennsylvania, far, far away" the crowd went mad with screams echoing off of the walls.

After the intro, the next song played was “Love Me,” an 80’s influenced track off of the band’s sophomore album. “I like it when you sleep, for you are so beautiful yet so unaware of it.” That made the crowd go wild.

Songs that stood out to me were “Heart Out," “This Must Be My Dream," “She’s American," “Robbers" and “Medicine.”

My favorite moment of the show was when they played "lostmyhead." The song is mostly instrumental, with the only lyrics being "And you said I've lost my head. Can you see it, can you see it? Belly aches while you're in bed. Can you feel it, can you feel it?" As the guitars grew louder in decibel, I felt that everyone watching was connecting with not only the band but with each other. That moment had given me chills; I get chills just thinking about it.

The encore included 4 songs, and the set ended with the popular single "The Sound," which has over 74 million streams on Spotify alone. Every single person in the room was dancing, screaming at the top of their lungs and jumping around like their lives depended on it.

As it was my third time seeing this band, it was by far the best. I can't pinpoint what it is specifically about this band, but when they left the stage I was speechless. However, what I can say it was certainly a magical Halloween night.