Thoughts From The Girl Who Was In A Million Pieces
Odyssey
CurrentlySwoonLifestyleHealth & WellnessStudent LifeContent InspirationEntertainmentPolitics and ActivismSportsAdulting
About usAdvertiseTermsPrivacyDMCAContact us
® 2023 ODYSSEY
Welcome back
Sign in to comment to your favorite stories, participate in your community and interact with your friends
or
LOG IN WITH FACEBOOK
No account? Create one
Start writing a post
Relationships

Thoughts From The Girl Who Was In A Million Pieces

I found out that "I love you" can sometimes mean nothing. 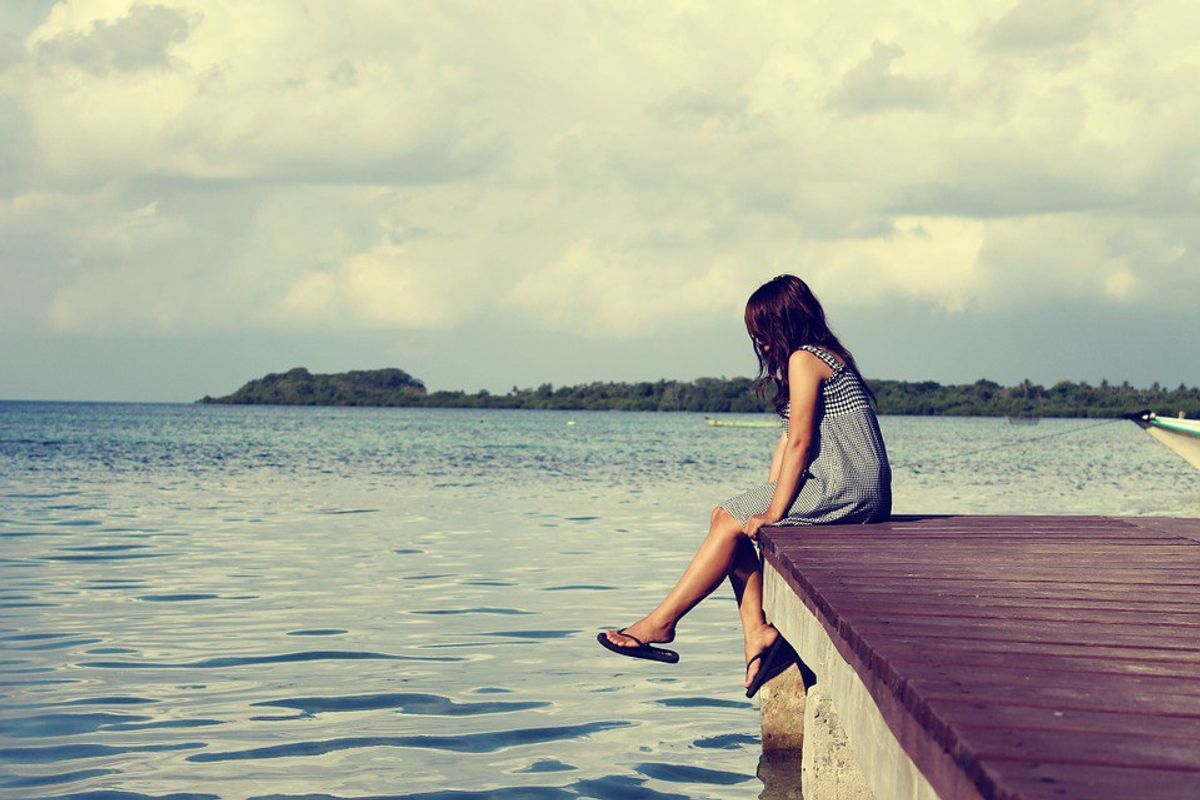 I never thought I would have fallen in love in high school. I wasn’t that kind of girl. I was motivated, goal driven and, to be honest, I didn’t think someone could ever make me love them, no matter how hard they tried. Well, I was wrong and it hit me hard during my junior year.

It took time but moments became perfect memories and my mind centered on him all day. I canceled plans with friends all the time because I found myself only wanting to be with him. At the end of each school day when he would say “Lizzy” and give me a big hug before practice put the biggest smile on my face.

It was love. Well, it was our love. And for the next almost two years the memories and feelings only grew stronger to the point where I was physically and mentally dependent on the love I received from him. Well, guess what, love wasn’t enough.

No matter how many “I love you”s and how many “You’re the only girl for me,” it just wasn’t enough. It’s hard to invest your entire body, mind, and soul into someone who would throw it away for new found attention. The devastation of finding out the guy you have loved and imagined yourself marrying is cuddling up to someone new is possibly the most devastating feeling in the world.

No, I am not crazy. I was only crazy about him. I shouldn’t have had to be at the same school as him to make him want me. I shouldn’t have had to justify to him that I wasn’t cheating time and time again just because I went out. He might have done what he did because he figured that’s what I was doing. It’s heart-wrenching when I think of the memories because what's special about those memories is that only the two of you share them, not Instagram or Snapchat, only you two.

But to anyone who has ever gone through this, it does get better. I found who I was and what I stand for. I spend time with my family more, I’ve made amazing friends who support me through anything. I take time for myself now and find myself more goal driven than ever.

I have found happiness in the fact I don’t have to justify who I am or what I felt and went through to anyone. Trust me, I was in a terrible place where I didn’t know who I was for a while but life moves on. Each day I find myself with a bigger smile on my face and a little more life in my eyes.

When things like this happen, aka your heart is broken, nobody else understands. That is because nobody else knows what you two had, so you have to be your own hero and save yourself. And realize you will come out a different, improved, and unbreakable person.

I realized I deserved more, I deserved someone who only wants me and doesn’t want to lead on other girls at his school who have crushes on him. I want someone who is proud of me and speaks highly of me. I could have gone back but that would have been an injustice to myself. I’m still very much in love with him and who knows how long it will take me to move on. It may take months or maybe even years but I’m already doing better.

Going back into a lie-filled, deceiving relationship can be the next girl’s problem but not mine. I didn’t let him go because I wanted to move on. I let him go because I love him. He needs to find out what he wants in life and so do I. I’m not making excuses for what he did but he will always have that soft spot in my heart. I let him go to save my heart again from the agonizing pain again. It’s too much pain to be in for only being 19-years-old. That’s why I let go.

I regret nothing, what we had we real and we are the only two people in the entire world that got to experience something as amazing as “us.” Everything happens in life for a reason and, coming from the girl whose heart was ripped out and shredded, I truly mean it.

Nicole Marie Nigro
Individual Creator
3892
c1.staticflickr.com
Where to start...... Let me start with the cliche that life throws us curveballs and what we do with it is what counts.