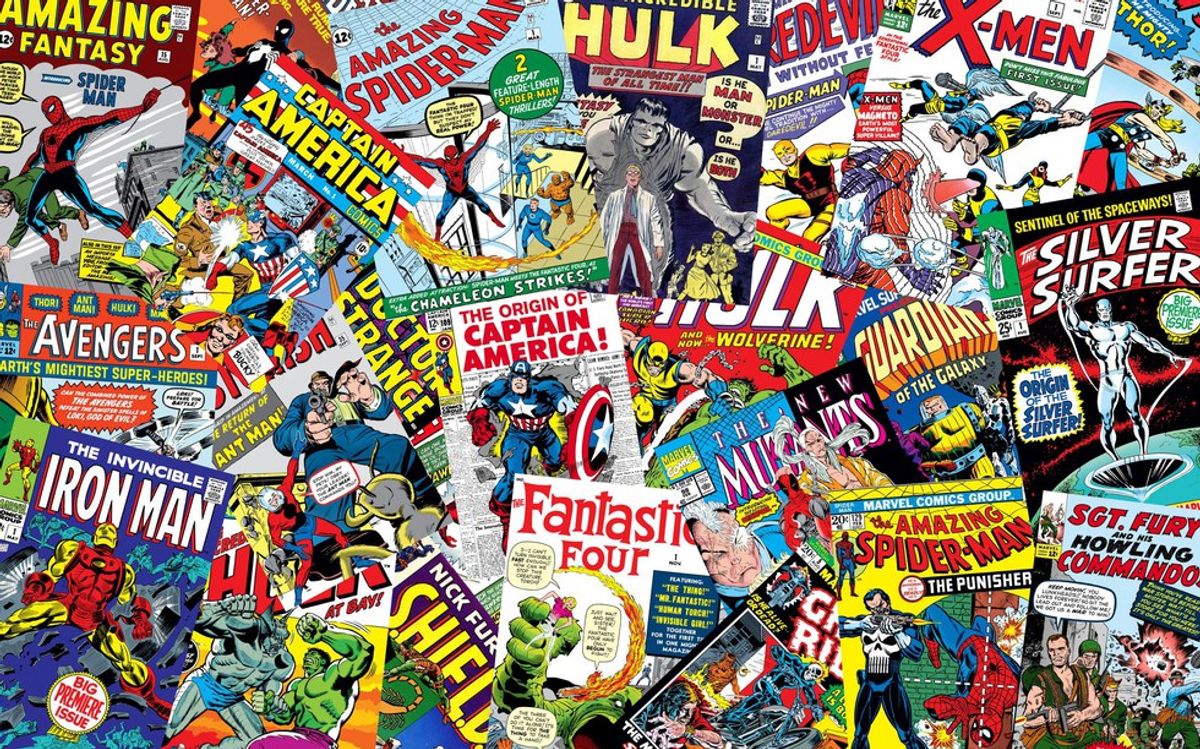 Comic books, or graphic novels, can at times be very difficult to collect. In fact, many fans do not even know where to buy some comics. So, here are a few helpful tips on how to start a comic book collection.

One of the most important things to know is where you could buy comics. Finding a comic book shop can at times be difficult and frustrating. But, there is a website where you can enter your zip code and a few shops within your area will appear on a map. This helpful site is known as Comic Shop Locator Service, and you can click here to be redirected to it. Comic book shops aren't the only stores to provide comics. One of the most common places to buy volumes, which are multiple issues of a comic series within a few books, are bookstores. Most bookstores, such as Barnes and Nobles, do carry a variety of volumes and if they don't you could always go on Amazon. Collecting can be very fun, but can also be very expensive. So try to discover multiple shops and keep an eye on prices. You don't want to over pay.

Comic book collecting has a vast and active community. Everyone is very dedicated and welcome to help people find what they need. When browsing at your local comic shop, don't be afraid to ask questions. Feel free to ask questions on individual characters, what is popular, and their opinion on a particular series. Making friends makes collecting comics all the more fun. You begin to learn about different stores and conventions that occur within your community. So don't be shy! Feel free to ask questions and make friends along the way.

3. Find a Character You Love

4. Protect and Organize Your Comics

Over time, most comics hold a significant amount of value. So, once you have bought your comics, it is best to protect and organize them.

Most shops sell sleeves, which are plastic cases to protect your comics. Sleeves typically cost a dollar and can protect your comic from water and dust. It is highly recommended to buy sleeves and to read them carefully so that they won't lose value.

Also, organizing your comics can help you keep track on what you have and what you don't have. The last thing you would want to do is buy an extra copy of an issue. Shops also sell boxes which help you organize your comics.

These are just two things you can do to protect your collection and be aware of what you have and don't have.

Something that helps to keep up with comics is research. There are thousands of different series' for each character and keeping up with even just one character is hard enough. However, there are multiple sites and videos to help you stay in touch with a character's story or when something new will be released.

If you are unsure when comics will be released, MyComic Shop.com is a site that helps collectors be aware of release dates. The site gives you release dates for multiple series'. MyComicShop.com also allows users to create a profile and produce a wish list. The site also lets users preorder comics so they can be the first to receive them, once released.

Another site that can help with information on characters and give you reviews is Comic Vine. Comic Vine is a website that is dedicated to help fans understand a series, keep up with dates, and give reviews on comics. If you are unsure on what to buy Comic Vine can help you decide.

These are just a few tips that can help readers start their comic book collection and maintain some good habits. Collecting comics can be a lot of fun but requires a lot of dedication. But in the end just remember that you are doing it for the love of the stories.

Nicole Marie Nigro
Individual Creator
1976
c1.staticflickr.com
Where to start...... Let me start with the cliche that life throws us curveballs and what we do with it is what counts.